The Great Herbal, Printed in Nuremberg, 1613 The garden of Johann Konrad von Gemmingen, Prince Bishop of Eichstatt, near Nuremberg, was created in the early seventeenth century and was the first to contain all known shrubs and flowering plants, including the latest imports from the Orient and America. In addition to buying plants for the garden, the Prince Bishop spent a fortune on a monumental picture book of the plants. This was the work of Basilius Besler, an apothecary who was in charge of the gardens. Seventeen years in the making, the Hortus Eystettensis was the largest botanical work produced up to its time and contained 367 engraved plates. The plants were shown life-size and were arranged according to the flowering seasons. In addition to the black and white reference version costing 35 florins, a lavish hand-coloured edition was also produced, costing an astonishing 500 florins, the proceeds from which Besler used to buy himself a luxury property in a fashionable part of Nuremberg. Chetham’s bought the book on 17 June 1669 for the enormous sum of £10 0s 0d, equivalent to the Librarian’s annual salary. The large folio volume, which measures 55 x 44 cm, was too big for the shelves and was placed flat on a desk in an area of the Library known as ‘the archives’. In all subsequent Library records the Hortus Eystettensis is simply referred to as The Great Herbal. The photograph above shows the book placed next to a standard quarto volume. 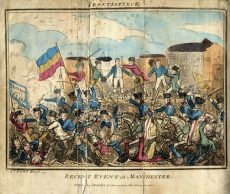 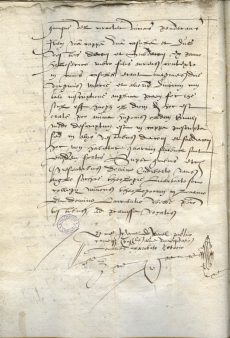 next - The Papers of Laurence Vaux