A Brief History of Chetham’s

Chetham’s Library, which was founded in 1653, is the oldest surviving public library in Britain. It was established under the will of Humphrey Chetham (1580-1653), a prosperous Manchester textile merchant, banker and landowner. Chetham also made provision for a school for forty poor boys, now a specialist music school of world renown, and for five chained libraries to be placed in local churches.

The building that houses Chetham’s is even older than the foundation of the School and Library. It was built in 1421 to accommodate a college of priests and remains one of the most complete medieval complexes to survive in the north west of England. The beautiful old sandstone buildings, together with the magnificent Library interior, create a unique atmosphere for readers and visitors alike.

At the time of the Library’s foundation, there was no facility for independent study in the north of England. The twenty four feoffees, or governors, appointed by Humphrey Chetham, set out to acquire a major collection of books and manuscripts that would cover the whole range of available knowledge and would rival the college libraries of Oxford and Cambridge. Today the Library continues to expand its collection and now specialises in the history and topography of Greater Manchester and Lancashire, holding material on a wide range of local subject matter.

Humphrey Chetham’s will of 1651 stipulated that the Library should be ‘for the use of schollars and others well affected’, and instructed the librarian ‘to require nothing of any man that cometh into the library’. Chetham’s has been in continuous use as a free public library for over 350 years, and the strength and breadth of the collections, coupled with its rich history, ensures that Chetham’s continues to be both a significant centre for study and research and a deservedly popular tourist destination. 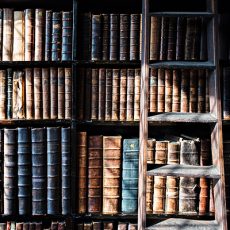