The much-loved Christmas hymn ‘Christians Awake’ was written by John Byrom (1692–1763), poet and inventor of a system of shorthand, who was born at Kersall Cell in Broughton, Manchester.

A manuscript version of the carol in the hand of Byrom was given to the Library sometime before 1885 by C.W. Sutton, Chief Librarian of Manchester Public Libraries, who discovered it in an acquisition of books and papers obtained from a sale.

The exact date of the manuscript is uncertain, although it is tentatively believed to have been written in 1749 as a gift to the poet’s daughter Dorothy (‘Dolly’) Byrom, who was born in 1730. Certainly the carol was already popular by December 1750, when according to Byrom’s journals, ‘singing men and boys’ led by the tune’s composer John Wainwright, gave a Christmas performance of the work outside Byrom’s own house. 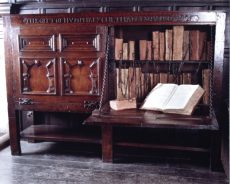 previous - Library of the Parish Church of Gorton 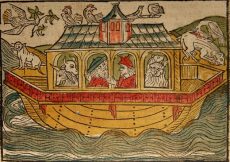