Emblem books containing illustrated moralising or didactic tales were popular throughout sixteenth and seventeenth-century Europe. De Bry’s Emblemata also contained engraved printings of coats of arms, filled in in the case of the Library copy with the heraldic achievements and signatures of people the owner met on a tour of Italy. Chetham’s copy also contains full-page miniature paintings and other decorative matter. Theodor de Bry was an engraver who worked with his two sons, Jan Theodor and Jan Israel, and his son-in-law, Matthias Merian, at his prolific publishing business in Frankfurt. The work of the four men is often indistinguishable. 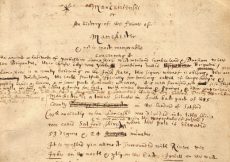 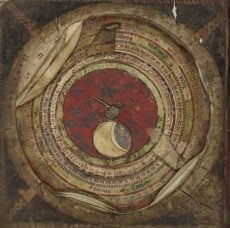