or an History of the Towne of Manchester, written in the beginning of the Civil Wars, by Richard Hollingworth Richard Hollingworth (1607-1656) was a Presbyterian minister who was one of the first feoffees appointed by Humphrey Chetham to oversee the setting up of his Hospital and Library.

Hollingworth’s Mancuniensis is the earliest surviving history of Manchester. It attempts to record important events in the town of from its Roman or even Brigantine origins to the 1650s, and amounts to a curious combination of important evidence and sheer utter trivia. There is, for example, a lengthy account of the pre-reformation collegiate church, including a detailed inventory of all of the stained glass windows destroyed in the civil war.

Surprisingly, Hollingworth is far less polemical than one might expect, given his religious and political views. Laurence Vaux, for example, the last Catholic warden of Manchester, is described as ‘laborious, learned, and in his way, devout and conscientious’, and favourably contrasted with the Protestant warden Thomas Herle, ‘a selfish man,… who, if he was indeed a Protestant, (having allway changed with the princes in those changeable times) was not so wise or zealous in his generation as Vaux was in his’.

There are several accounts of the plague in Manchester, including the following account of 1631: ‘The Lord sent his destroying Angell into an inne in Manchester, on w[hi]ch died Richard Meriot & his wife, the M[aste]r and Dame of the house & all that were in it, or went into it for certaine weekes together till, at the last, they burned or buried all the goods in the house and yet God in midst of judgem[en]t did remember mercy, for no p[er]son else was that yeare touched with the infection’.

Hollingworth appears to have had an almost modern preoccupation with the weather, recording floods and unusual storms. In July 1648 ‘there was a sudden & terrible raine on the Lords day wch in twoo houres space filled the sellers in the market place hanging ditch & three channels ran downe the stretes like great rivers’.

Hollingworth was held in high regard by his contemporaries and after his death he was honoured by an entire day of fasting, with sermons, ‘to desire the Lord’s guidance in the election of a minister to succeed him’. Perhaps not the most dynamic send-off anyone’s ever received, but certainly one in keeping with his views and times. 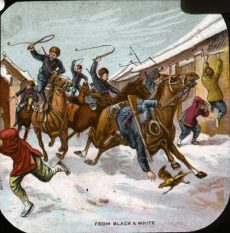 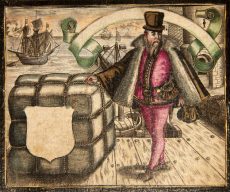