or Some Physiological Descriptions of Minute Bodies Made By Magnifying Glasses

Printed in London by John Martyn and James Allestry, Printers to the Royal Society, 1665 Robert Hooke was one of the most versatile and brilliant scientists of all time. Micrographia is his most famous work and contains fifty-seven microscopic and three telescopic observations beginning with an examination of inorganic matter and proceeding to the investigation of vegetable and animal bodies. Hooke described for the first time a polyzoon, the minute workings of fish scales, the structure of a bee’s sting, the compound eye of the fly, the gnat and his larvae, the structure of feathers, the flea and the louse.

Micrographia was an immediate success; it was read by Pepys and studied by Newton. The plates were mostly from the designs of the author but some were probably by Sir Christopher Wren. The work was purchased from Robert Littlebury on 22 July 1665 for the sum of fourteen shillings. 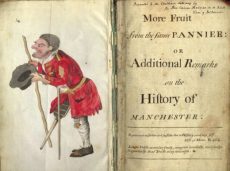 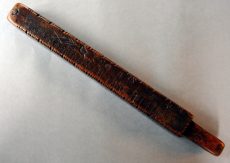