London : Printed by M[iles]. F[lesher]. for Iohn Marriot, and are to be sold at his shop in St Dunstans Church-yard in Fleet-street, 1633 This volume of John Donne’s poems is an obvious candidate for inclusion in any list of Library treasures. Not only is his standing as a great English poet and one of the greatest writers of English prose assured, but this first printed edition of his poems was published only two years after his death. Donne did not write for publication, and only a handful of his poems were published during his lifetime. Most of his poems were transcribed by his admirers and were circulated in manuscript, copies of which have survived in a number of the Library’s manuscripts. The first printed edition brings together some of his best known works, including ‘The Flea’ and ‘The Good Morrow’. The book is perhaps more worthy to be included as a treasure for another reason. The Library copy is damaged and incomplete, lacking the first ten pages, including the title-page, and the last six pages. These pages were probably lost very early on, because the last page that we have (p. 400) contains a piece of annotation written within a year of the book’s publication which reads ‘Thomas Browne is a cloune – 16304’. If a reader is ever going to chose a vehicle for his or her verse, a first edition of John Donne’s poems takes some beating.

What makes this book a real treasure is indeed the way that it has been used, or even misused, and the way that a piece of doggerel has been added to some of the greatest poems of all time. If nothing else it shows that books are more interesting when they are not treated as treasures and locked away behind glass. Whilst we don’t wish to recommend that library users today use our books for their poems and annotations, we are grateful, nevertheless, to the anonymous early owner of Donne’s Poems for a splendidly inappropriate piece of verse. 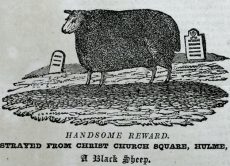 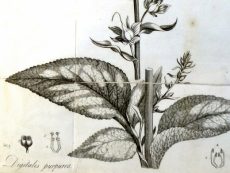