This insignificant title deed “to the Steward of the Manor of Trematon to admit a Tenant to Lands within the Manor, 1591” was transformed by the Library in the eighteenth century into an unusual and rather curious object.

The deed, which was signed by Ralegh (1554-1618), has been framed using wood alleged to have come from the timbers of Francis Drake’s ship the Golden Hind. The connection between Ralegh and the Golden Hind is not clear, but presumably this was an attempt to fuse the two great explorers of Elizabethan England and create a secular relic of some kind. Click on the images to enlarge. 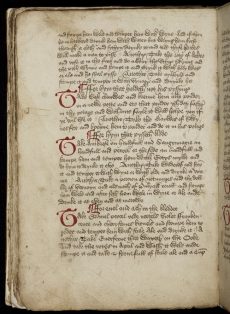