The ‘Nuremberg Chronicle’ is one of the most celebrated illustrated books of the fifteenth century, containing woodcut illustrations of stories from the Bible and ecclesiastical and secular history, as well as maps and views of towns. The chronicle contains 645 different woodcuts but as these are repeated at intervals the total is swelled to 1,809 pictures. For portraits the same cut is used again and again to depict different bishops or saints whilst twenty-two cuts of cities and countries are repeated to represent sixty-nine different places. The woodcuts were produced by Michael Wolgemut, Durer’s teacher, and by Wilhelm Pleydenwurff. The Library’s copy is unique in so far as it contains in the margins an enormous number of annotations, many of which were made around 1590 by a Thomas Gudlawe whose name appears throughout the work. Gudlawe, who lived in Aspull near Wigan, turned the book into an interactive text – the manuscript notes and interpolations from such sources as Johannes Sleidanus’s Chronicle, David Lindsay’s The Dream, creating almost a new work, certainly one that is longer than the printed text. Many of Gudlawe’s notes extended the narrative from its close in the late fifteenth century into the reformation era, with sections on subjects such as the Protestant-Catholic colloquies. This is by far the most extensively annotated book in the entire library, a work of unique significance. The book was bought by the Library for fifteen shillings on 28 July 1670. 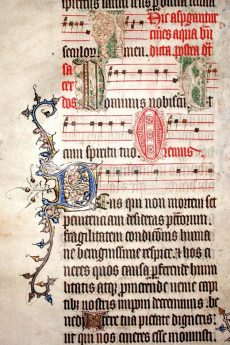 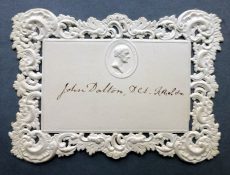 next - Material Relating to John Dalton