The portrait of Humphrey Chetham (1580-1653) which is displayed in the Reading Room is the only known portrait of this wealthy gentleman merchant and founder of the Hospital School and Library.

For such a well-known painting, its uncertain provenance is surprising. The half-length portrait is of a man wearing a distinctive embroidered cap and clothes that one would associate with a gentleman of the first half of the seventeenth century. It would not have been unusual for a man of Chetham’s wealth and position to sit for such a portrait. But the picture contains no symbolism relating to Chetham’s public offices, religious beliefs, business affairs or charities, and, moreover, there is no direct evidence of the identity of the artist, when and where the portrait was painted, and why and for whom the likeness was preserved.

It is not listed in any inventory of Chetham’s goods, nor in any of the early archives of the Chetham’s charity. The earliest mention of it is in 1704 when the Bishop of Carlisle, William Nicholson, visited the charity and wrote, ‘His picture, drawn at a guess hangs… in the Dineinge Room (ie the Baronial Hall). Why he thought it was not painted from life is not clear. Indeed when it comes to this well-known and frequently reproduced painting, there are more questions than answers.

For a little more information on Humphrey Chetham, visit our History page. 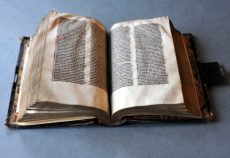 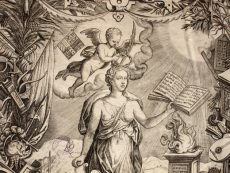