The Papers of Laurence Vaux The buildings which now house Chetham’s Library were built in the 1420s as residential accommodation for the warden, eight fellows, four clerks and six lay choristers of the newly founded Collegiate Church. In 1547 the College was dissolved under Edward VI’s Chantries Act, but was later refounded, before being closed down again by Elizabeth I and re-opened as Christ’s College, a protestant foundation.

Laurence Vaux was the last Catholic warden (1557-58) of the Collegiate Church. On the accession of Elizabeth 1, Vaux refused to take the Oath of Supremacy and was consequently deprived of his office. Mindful of the possibility of the Church’s property being plundered, Vaux left Manchester taking with him the Communion silver and vestments of the Collegiate Church, which he deposited with Catholic friends in Standish near Wigan before escaping to Ireland. Vaux then moved to Louvain, where he entered the Augustinian monastery of St Martin’s. Returning to England in 1580 as leader of one of the missions to the Recusants, Vaux was arrested and imprisoned in London where he died in 1585.

The silver and vestments of the Collegiate Church seem to have disappeared some time during the eighteenth century. In 1885, however, an antiquary in Louvain happened to notice a baker in the city using leaves from a sixteenth-century manuscript to wrap up tarts. Somewhat alarmed, he bought the volume and some other documents which related to the dissolved monastery of St Martin’s. Among these documents were three papers of Laurence Vaux, including his will and a list of the silver and vestments which he had deposited in Standish.

This page of Vaux’s will, which is now held safely at Chetham’s, shows the notarial siglum, or mark of the Notary Public, a papally licensed official who witnessed and solemnised the will. 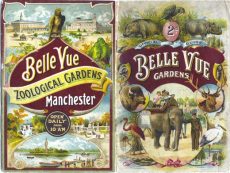