A hand-coloured juvenile flap-book produced in 1773 on two separate copper-etched sheets. The story tells of the elopement of the popular character Harlequin with his paramour Columbine and is based on the pantomime of the same name by Thomas Arne which premiered at Drury Lane Theatre in 1772. The artist’s name is given as “W. Tringham Junr”, most likely the William Tringham who is listed in the British Book Trade Index as bookseller, print seller, publisher, etcher and engraver. The imprint tells us that the work was published by E. Tringham (probably Elizabeth Tringham, widow of William senior and mother of the artist) and several other named publishers and booksellers “and most of the Booksellers Stationers and Toy Shops of Great Britain and Ireland. Price Six Pence. Colourd 1 Shilling”. The printed sheets have been cut into different sized pieces and pasted onto a canvas backing to create a ‘turn-up’ book, which is almost certainly the work of a Miss E. Hobson, whose name has been inscribed in ink on the front cover. 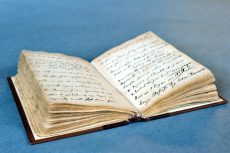 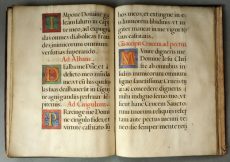 next - Papal Prayers of Alexander VII