More Fruit from the Same Pannier: or Additional Remarks on the History of Manchester John Collier is widely regarded as a pioneer of the Lancashire dialect as a literary vehicle. For most of his working life he was master of the village school of Milnrow, near Rochdale.

To supplement his income and support his large family, he taught himself to draw grotesque caricatures, which found a ready sale in local inns, and wrote a number of books and pamphlets on local themes under the pseudonym of Tim Bobbin. His most famous book is A view of the Lancashire Dialect by way of a dialogue between Tummus and Meary (1746). It was the first scientific attempt at a survey of the Lancashire dialect and had an enormous influence on later dialect writers. More Fruit from the Same Pannier was written in 1773 in response to John Whitaker’s History of Manchester which had been published two years earlier. It was published in London in 1781. The illustration of an old soldier begging for alms appeared in another of Collier’s books, The Human Passions Delineated, where the crippled veteran was refused alms by a rich clergyman. The manuscript was given to the Library by local historian F.R. Raines around 1860.

Scenes from The Human Passions Delineated: 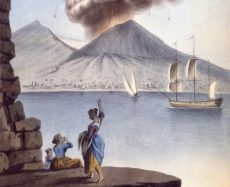 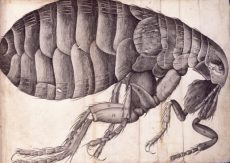