A first look at the Clay Scrapbook 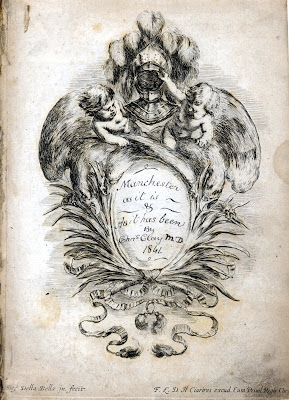 The newest addition to the Library’s collection of 19th-century scrapbooks is this gloriously grangerized copy of George R. Catt’s The pictorial history of Manchester. Catt’s 41-page history forms the merest skeleton for this celebration of Mancunian history titled Manchester as it is and as it has been by Chas. Clay MD 1841. 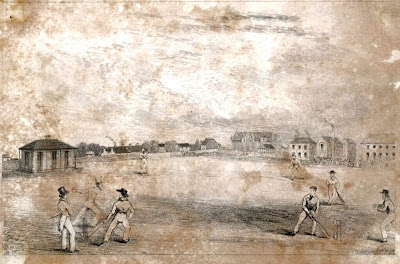 Charles Clay was no mere amateur scrapbooker, but an important Manchester gynaecological surgeon, described by the DNB as ‘the father of ovariotomy’. Born in Ashton-under-Lyne in 1801, he spent his professional life in Manchester, retiring to Tower Lodge, Poulton-le-Fylde, Lancashire where he died in 1893. In 1861, he was elected as president of the Manchester Medical Society. He was a founder member of the Obstetric Society of London, and a member of the Gynaecological Society of Boston, USA. 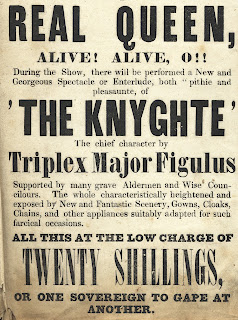 He was a serious bibliophile; his collection of 1000 Bibles was sold in 1883 by Sotheby’s and he owned more than 1500 rare books  on midwifery and gynaecology. In addition to writing medical texts, he had a longstanding interest in geology and numismatism, writing Geological sketches and observations on fossil vegetable remains from the great south Lancashire coal field (1839), and the History of the currency of the Isle of Man (1849). 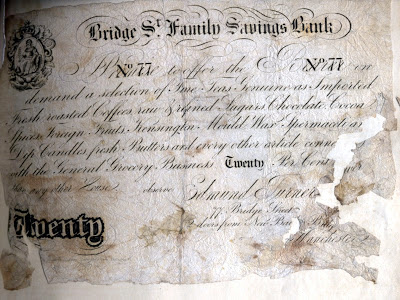 Clay’s scrapbook is a delightful source of information about mid-19th-century Manchester. It contains 45 extra pages of cuttings from newspapers and books, poetry and advertising broadsheets, maps, topographical engravings and lithographs, portraits, pamphlets, and several unusual pieces of ephemera tipped in. 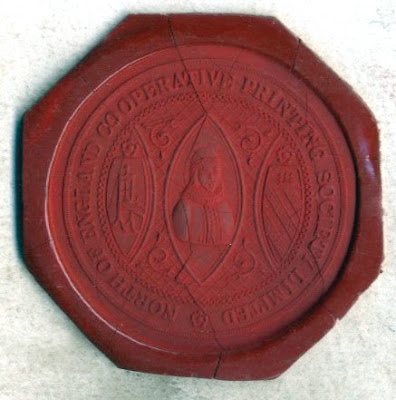 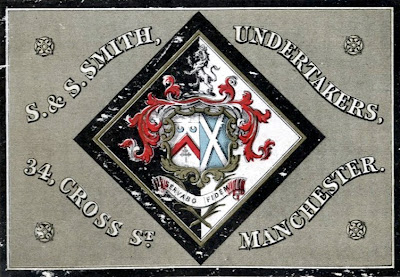 Some of the interesting pieces include an engraved promissory note from the  Bridge St Family Savings Bank black-edged invitation to a Special Meeting of the Manchester Literary and Philosophical Society on the death of John Dalton (N.B. If you attend in a carriage, it may remain in George Street, until the Society goes to the Town Hall), an early 19th-century trade advert for ‘John Ward, at Blakely, near Manchester’, who ‘stuffs birds and beasts of all kinds, in a curious improved manner, preserving the plumage and living likenesses’, a lithographic trade card, and a previously unrecorded printing of ‘The Queen’s visit’ by Elijah Ridings, c. 1857. 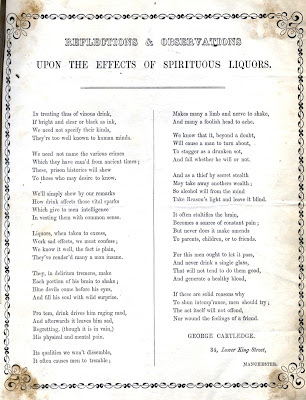 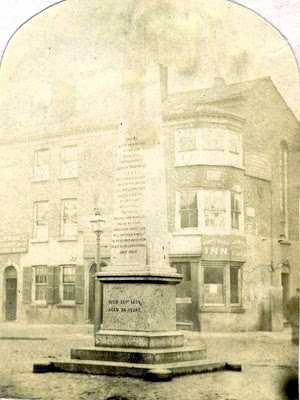 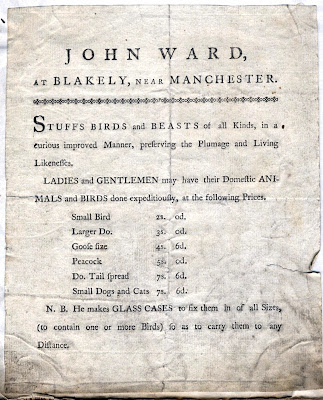 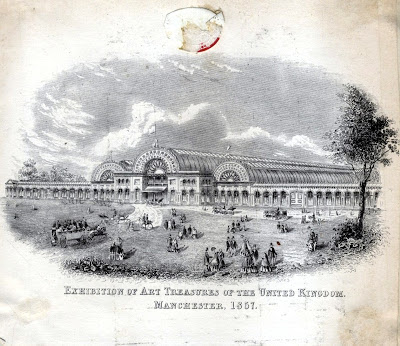