A head in the dandelions 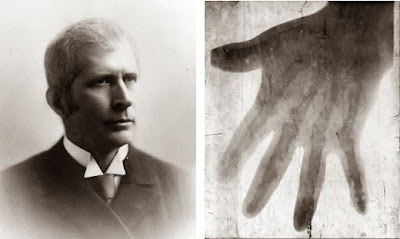 This account of the Manchester medic Daniel John Leech was found by one of our volunteers Paul Carpenter in a box from the Leech collection. It was taken from Ernest Leech’s Yellow Books, a series of manuscript notebooks on members of the Leech family.

The account was dictated to Ernest shortly before Daniel’s death in 1900 and relates to Daniel’s days as a medical student in Manchester in the late 1850s. Ernest Leech published this as part of an account of Daniel, ‘Some Memoirs of an Infirmary Physician’, in the Manchester Medical School Gazette, in 1922.

Being now paid assistant to Mr Richmond his principal, he could not be much away from home, hence he at times brought parts for dissection from the dissecting room, which at this time was very little looked after. This, of course, was quite illegal, and twice he was nearly found out. On one occasion he amputated the upper extremity of a subject, wrapped it up in brown paper and preceded to carry it home. Rain came on; after waiting some time he got in an omnibus, but the rain had softened the paper and he was horrified on looking at his parcel to see the hand sticking out. What the people thought he never knew, for he ‘made tracks’ at once.

On another occasion in the spring months when those who had ‘parts’ were willing to sell them, he bought the head, neck and chest of a subject of which he was dissecting the upper extremity and succeeded in carrying it home. But it was a big thing to hide and he found eventually the best place for it was in the field just behind the back door where there were a large number of dandelions, many of which had sprung to the height of above two feet.

When Mr Richmond had gone to bed he used to begin; he would bring the subject in and dissect it on the surgery counter until one and two o’clock in the morning and then take it among the dandelions again. But unfortunately a youth climbed up the wall and seeing the fine dandelions got over to gather them for his rabbit. Suddenly he saw the outstretched hand and the head of a man partly dissected, and he jumped back again, fainted, and was taken to an adjacent public house, where he told what he had seen. The result was a visit from the police, and Leech had no little difficulty in satisfying the authorities and bribing them to let the matter pass.

The photograph above shows Daniel Leech with one of the first x-rays of his own hand. Read more about Daniel and the Leech family on the website.