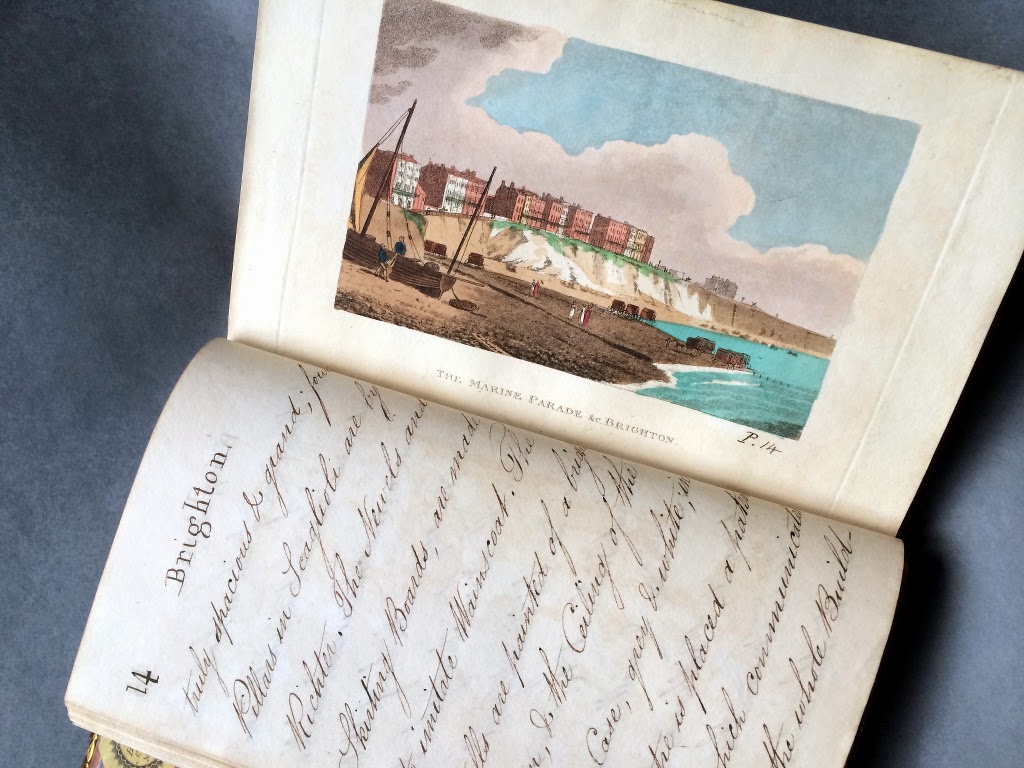 We have just acquired a fascinating addition to our manuscript collection in the form of a 19th-century journal. Begun on 1 December 1820 and concluded in February 1822, the journal was written by a 14 year-old boy, C. Whitworth from Manchester. He records a tour with his papa to Buxton, London and Brighton, and across the Channel to Dieppe, Rouen, St. Germain en Laye and Paris. 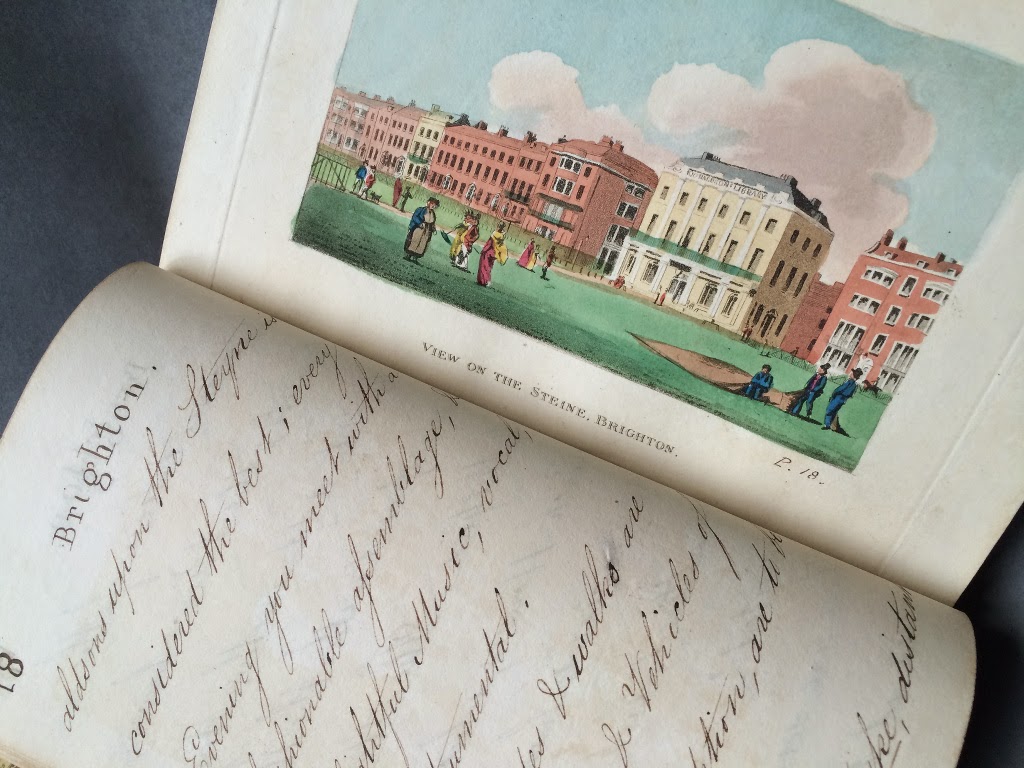 There are seventeen engraved plates in the journal, two of which are hand-coloured. An engraving of Brighton Pavilion is accompanied by a detailed description of the ‘elegant structure, built in the Chinese form’. His account of Paris, where he spent four weeks, covers 38 pages, and includes detailed priced lists of the menu at their hotel – the soups, hors d’oeuvres, entries of beef, veal, mutton and fish, fancy dishes and wines. In London he particularly enjoyed the ‘new pantomime of Mother Bunch’, and they also saw Othello at Drury Lane, and the new comedy of Tom and Jerry at the Adelphi. The journal concludes with their return to Lancashire where they ‘shortly arrived at the Temple’. 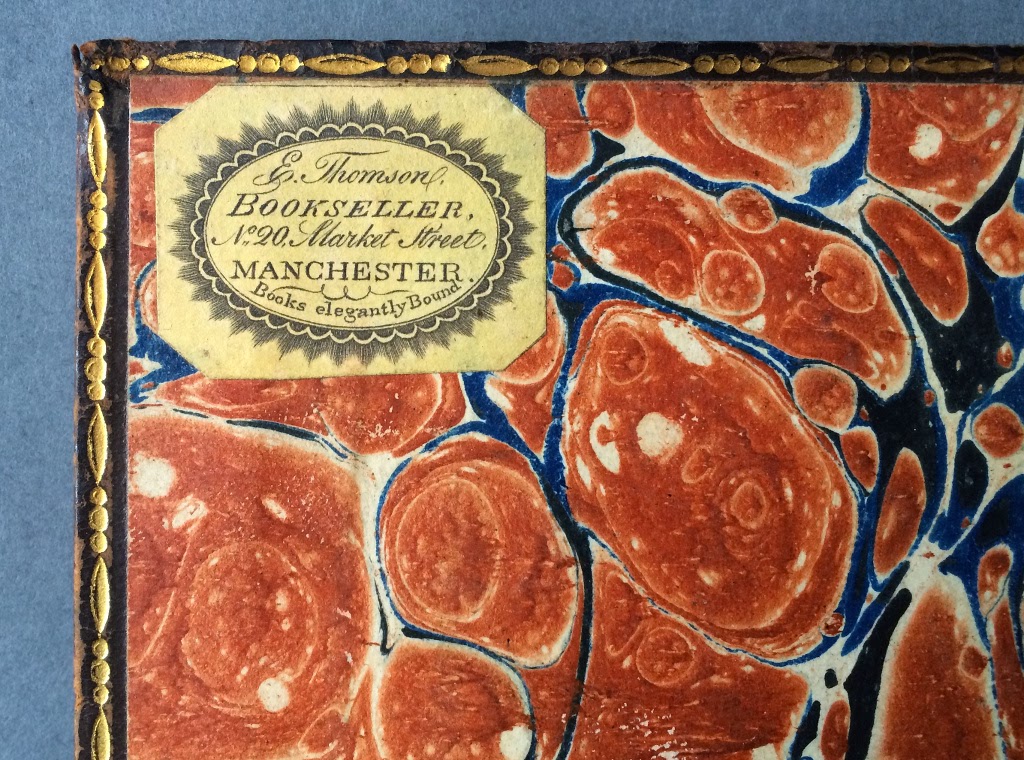 Although little is known of the author, he appears to have belonged to the Whitworth family of Manchester, a member of which founded a woollen manufactory, and we know what he looked like thanks to a pencil sketch of him at the beginning of the volume. 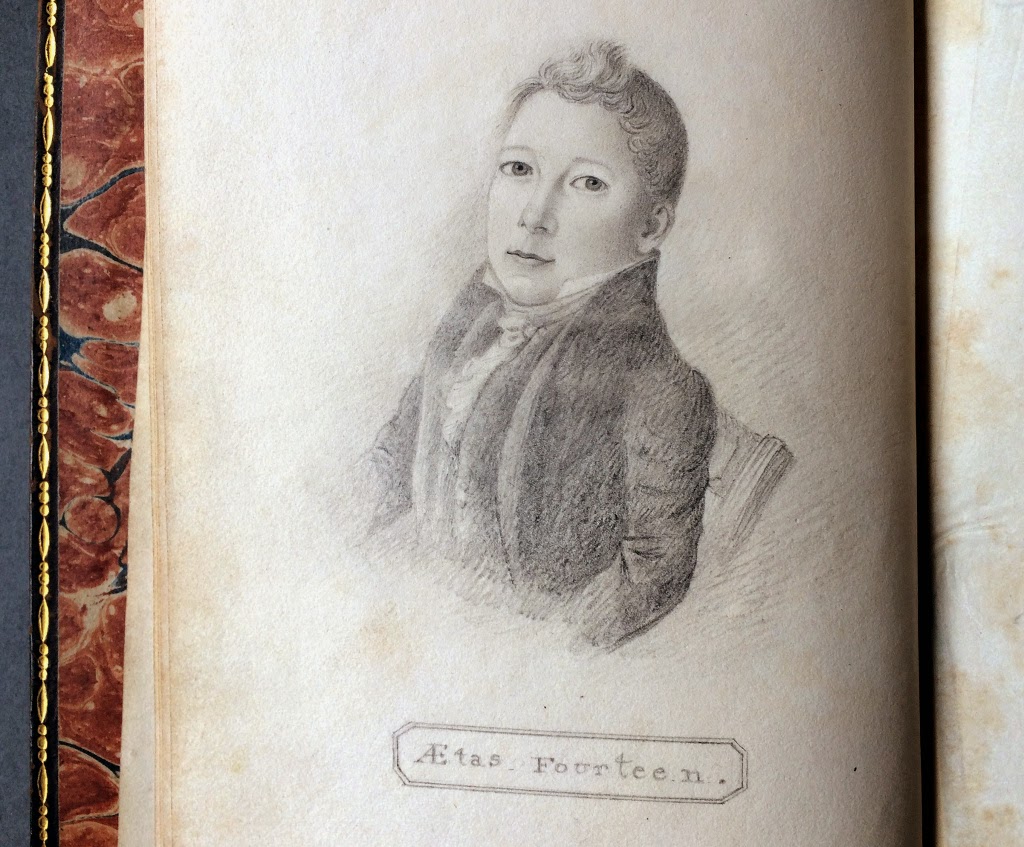