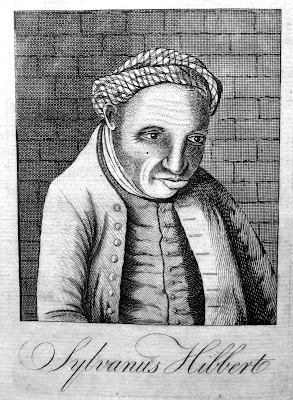 Sylvanus Hibbert’s snappily titled A Brief Inquiry into the State after Death, as touching the certainty thereof, and whether we shall exist in a material or immaterial substance, and whether the Scripture doctrine of a future state is supported by the light of reason: Flesh and blood cannot enjoy the Kingdom of Heaven, 1 Cor. 15 (Manchester : Printed for the author, 1771) is a pamphlet that deserves to be better known for three reasons.

Firstly, it advocates cremation some years before this became popular. The author had a morbid fear of burial and hoped that his remains should be burnt. The pamphlet ends:

Bury me not, for heaven’s sake!
In hopes that I may rise;
If that the object of my wish,
Why not now mount the skies?

Hibbert died in January 1776 January 1776, but sadly there is no record of his having had a funeral pile. It would have taken a cold heart to have plunged him into the ground.

Secondly, the pamphlet is quite rare. In a note in the Library’s copy of this book, James Crossley, Honorary Librarian of Chetham’s and President of the Chetham Society, claimed that this was ‘perhaps the scarcest of Manchester tracts, certainly one of the most curious. Dr. Hibbert-Ware, Sylvanus’s nephew, cashed in and destroyed every copy he could find. £2.10 has been given for a copy.’  Sadly Hibbert-Ware was not quite as thorough as he thought and copies still turn up in bookshops and at auction fetching a couple of hundred pounds at most.

Lastly, the book has an engraved frontispiece of the author, which shows that either he didn’t care about his physical appearance or that he was simply having a laugh. In a library that is populated by Greek gods, we can of course easily afford to scoff at our fellows but if anyone knows of a less flattering caricature of a Manchester man then please let us know.