A plain and familiar method, suitable for the meanest capacity… 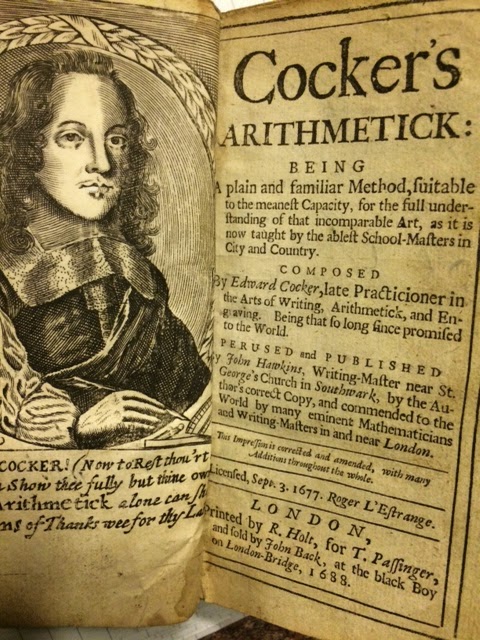 Edward Cocker’s Arithmetick, published in many editions after 1677, was one of the standard text books used to teach mathematics in English schools. 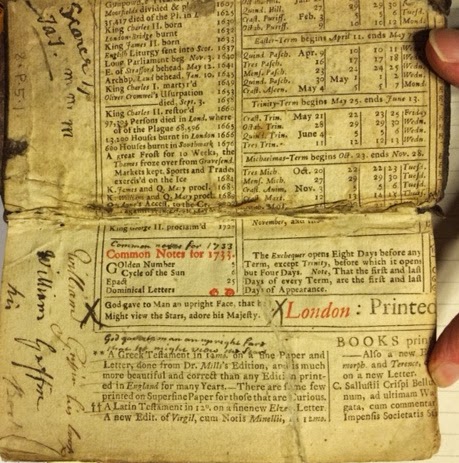 The Library has a copy dated 1688 which is still in its original calf binding and which has wonderful printed pastedowns. 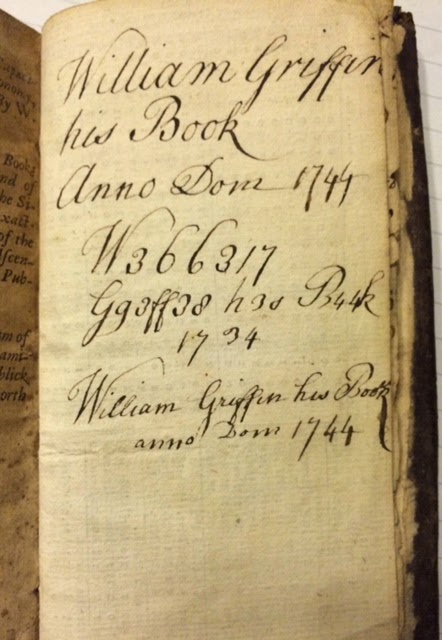 The work has annotations by two hands: the first is William Montague who simply writes his name on the front endpaper, and the second William Griffin, who signs his name many times through the book. 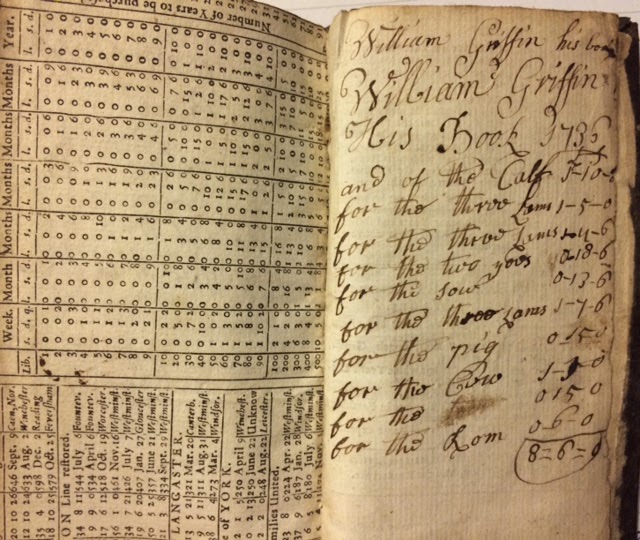 We know nothing about William Griffin, who dated his inscriptions 1736 and 1743, but at one point Griffin used the last endpaper to record his purchases of a calf, nine lambs, two yews, a sow, a cow and a pig that amounted to  £8-6s. Rather than spending his time scribbling in books, Griffin would have been better off reading them, or at least this one, for his sums don’t add up.