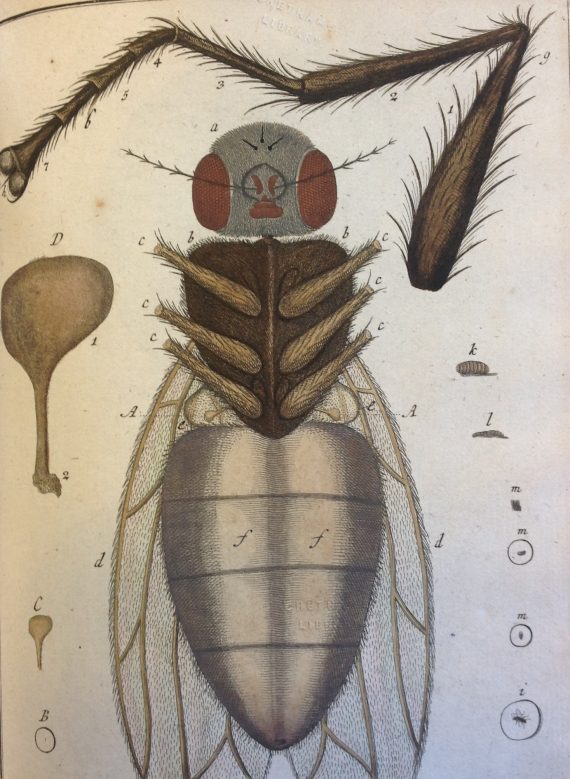 One of the most interesting and attractive of the Library’s collection of illustrated books is a three-volume work entitled Amusement Microscopique by Martin Frobenius Ledermüller (1719-1769).

The book appeared between 1764 and 1768, a century after Robert Hooke’s remarkable pioneering study Micrographia. Ledermüller, physician and keeper of the Margrave of Brandenburg’s natural history collection, produced a more popular work than Hooke, largely as a result of the visual quality of his hand-coloured engravings. The book displayed the usual suspects of microscopy – material that was previously invisible  – fungi, plants, insects, plankton and crystals and insects, but Ledermüller brought to his work a designer’s eye and turned his engravings into exquisite works of art in their own right.

This was popular, rather than ground-breaking, science, but Ledermüller showed that microscopy could be a worthwhile leisure pursuit for an educated upper-class audience. His book remains a work for the scientifically curious and also a very beautiful and handsome book.