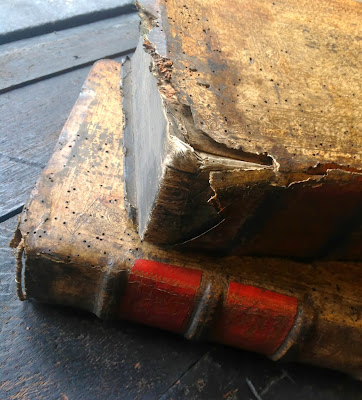 One of our volunteers brought these two volumes to our attention recently, having removed them from the shelves for conservation work and discovered that they had been rather extensively eaten. Luckily, the culprit is now long gone, and indeed was probably active several years before the Library bought the books in the nineteenth century, and so no longer poses a threat to the Library’s collections. 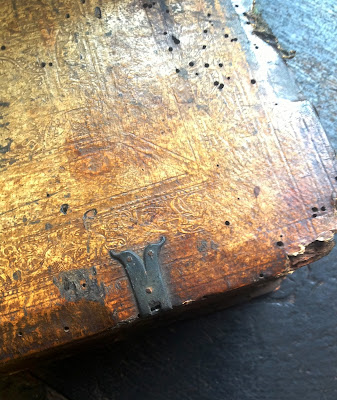 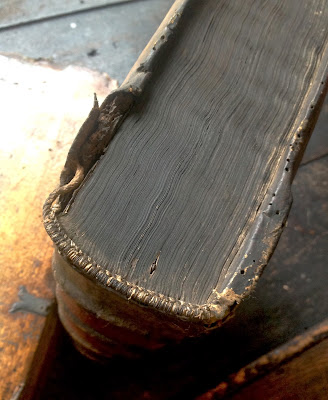 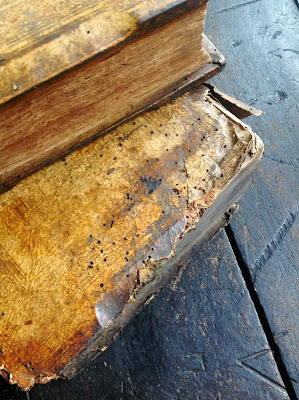 Aside from the bookworm damage, the books are extremely interesting in their own right, and have been beautifully bound as well as extensively annotated and rubricated. The work is Antoninus’ Summa Theologica of 1511, printed in Basel and bound with a German vellum binding which is probably contemporary. It is blind-tooled with an intricate design including naked men firing arrows at flying birds (sadly not pictured). 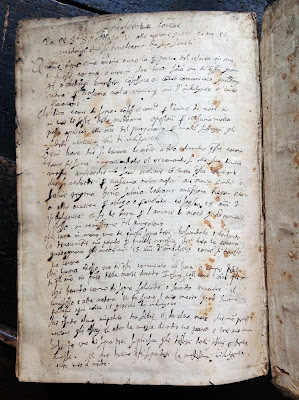 The title page of both volumes features this elegant woodcut printer’s device (see below) of a serpent-tailed bird, or basilisk, holding the arms of the city of Basel, a pun on the place of publication. This idea has been taken up by the author of the annotations at the bottom of the page, who is likely to have been a Catholic sympathiser bewailing the fact that Basel has become a centre for protestant reform. The annotation reads:

Which may be translated as:

O Basel, or city royal, who once was queen of virtues
And of true doctrine! Now, infected and corrupted
with the atrocious poison of the Basilisk, you need the medicine of salvation! 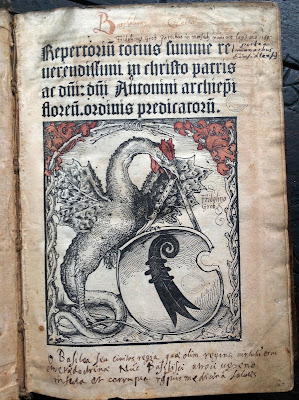 The worms certainly chose an interesting meal! Thanks to our hardworking NADFAS volunteers for bringing the work to our attention.