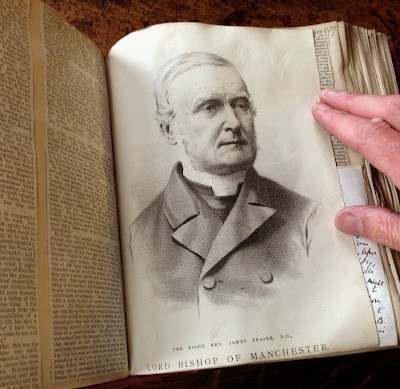 In the process of returning items to the Reading Room, we have been re-examining the Bishop Fraser collection, an assortment of papers by and about the second Bishop of Manchester. He was actively involved with the social and political issues of his day, and the twelve volumes of newspaper clippings from the 1870s and 1880s provide an illuminating insight into the life of Manchester and Lancashire in that period. 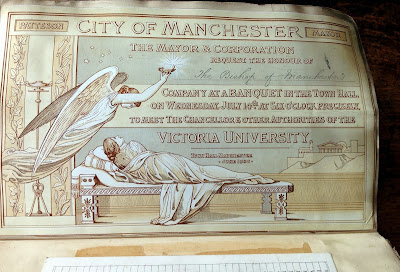 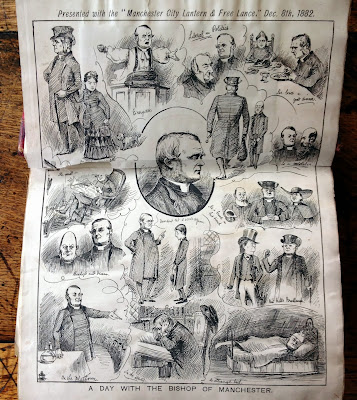 Much of the material is related to the Church, but Bishop Fraser was also renowned for his work in education and was commissioned by the Government to report on the state of education and on agriculture. He was a great supporter of the Temperance movement, and had reservations about the new trend for ‘respectable’ women to socialise outside the home:

The Right Rev chairman in his address said he had heard that there was a town near Manchester, where lately the publicans were so obliging, and so wishful to accommodate their customers, that they had opened private rooms for ladies inclined to drink, in which persons of the coarser sex were not admitted to see what was going on; and he had heard many honest artisan’s wives, starting on the Saturday afternoon for purposes of marketing in the town, found their way to those places where the met numbers of congenial neighbours and where the afternoon was spent in a way not altogether edifying. 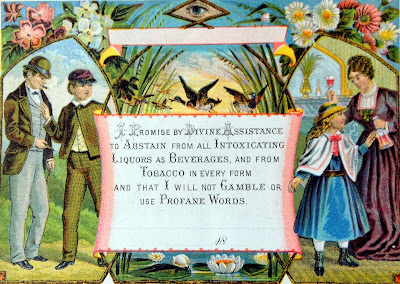 There are many clippings that resonate strongly with the present day. Fraser writes about urban riots and the influence of ‘outsiders’. There were tensions between Russia and Britain in Asia, and a strong lobby both inside and outside parliament for war, which he vehemently opposed. The many industrial disasters during this period with a loss of many lives provoked a response which was not always appreciated by contemporaries and does not make comfortable reading today. Similarly his attitude to the great industrial disputes of the day is complex: he is genuinely moved by the hardship and very real suffering of striking workers and their families, but is also convinced that their demands for no cut in pay pose a threat to the continuance of their industry. 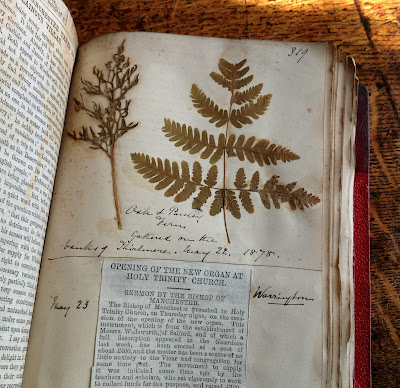 Thanks to our volunteer Paul Carpenter for his work on the Fraser collection and for writing this post.