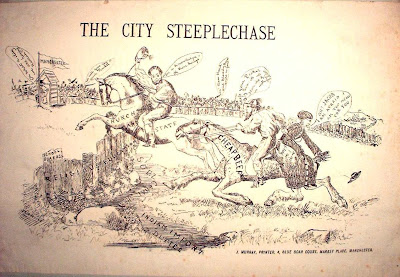 This week we commemorate the 145th anniversary of the first vote cast by a woman in a British parliamentary election. Lily Maxwell, a shop-owner from Manchester, was added to the electoral register in error and cast a vote for Jacob Bright in the 1867 Manchester by-election. Although the vote was later discounted, it gave an enormous boost to the campaign for women’s suffrage, which began in Manchester earlier that year with the founding of the Manchester Suffrage Committee, although it was not until 1872 that it became a national movement.

The secretary of the Manchester Suffrage Committee was Lydia Bright, an amateur scientist and early feminist who devoted her adult life to the cause of women’s suffrage. Lydia, the eldest of fifteen children, was born in Chadderton to a middle-class family in 1827. She was educated at home and developed an interest in botany. In 1866 her book Botany for Novices was published. The following year she founded the Manchester’s Ladies Literacy Society, a society for the study of scientific matters; the Manchester Literary and Philosophical Society being at that time only open to men. In 1870 she founded and edited the journal Women’s Suffrage and continued as editor until 1880. The Journal was the most popular publication relating to women’s suffrage in nineteenth-century Britain. 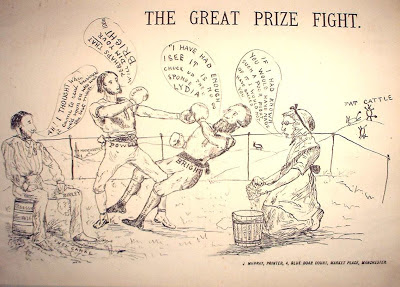 Becker’s role in the suffrage movement and her views advocating a non-gendered education system in Britain made her a frequent target of ridicule in newspapers and in cartoons. The Library has almost forty cartoons relating to Manchester politics and the general elections of 1868 and 1876, many of which are concerned to ridicule women’s votes and suffrage, often featuring Jacob Bright, MP for Rochdale and a prominent advocate of women’s votes in Parliament, as well as Lydia herself, who is frequently depicted washing clothes, darning, and doing other work believed to be more suitable for a woman.

For more information about Lydia and the early feminist movement in Manchester, we recommend a new book by radical historian and friend of the Library Michael Herbert, entitled Up Then, Brave Women: Manchester’s Radical Women 1819-1918 and published by the North West Labour History Society. 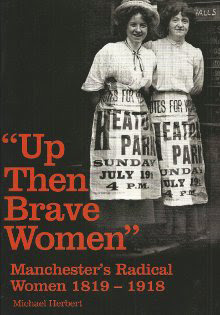