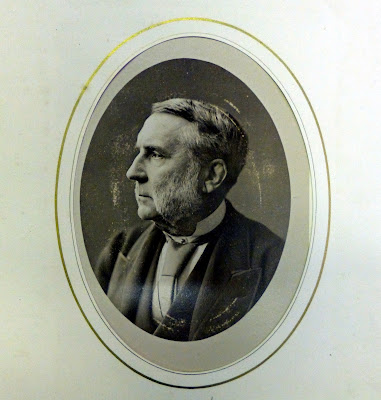 Before she left, our recent volunteer Catriona Graffius wrote a short piece for us about her experience of working with the Edward Watkin collection.

“Coming to Chetham’s for the first time to do some summer volunteering I was faced with the daunting prospect of a desk laden with beautiful Victorian leather-bound books with gilt edges and elaborate printed illustrations. I was told that they were the property of Sir Edward Watkin, ‘the second railway king’, and a man of whom, to my complete shame, I had never heard. This collection, it seemed, comprised of a number of his books, newspaper clippings about his illustrious industrial and political careers, his family photo albums and autograph books, and, importantly, fair copy of the letters sent to him by Richard Cobden (another great figure I had failed to know existed), the politician who managed after many years to abolish the 1815 Corn Laws, paving the way for free trade. 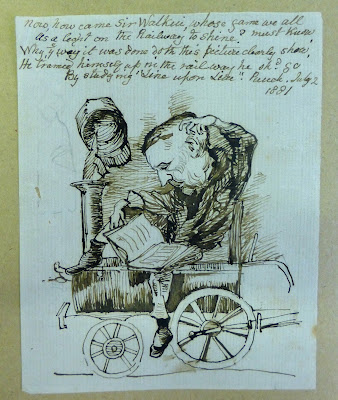 My first task was simple: to find out who Edward Watkin was. As I flicked through David Hodgkins’ extensive biography of Watkin and the DNB’s three-page summary of his life I began to get a measure of the man. Sir Edward William Watkin, (1819-1901) was born in Ravald Street, Salford, in September 1819 to the cotton merchant Absolom Watkin (1787-1861), and his wife, Elizabeth. Although little is known of his childhood, from 17 years of age, Edward threw himself into the politics. By the time he was 24 he had become a director of the Manchester Athenaeum, funded the opening of three public parks in Salford and Manchester, campaigned for the Saturday Half-Holiday movement, campaigned for the anti-corn law league and married his first wife Mary Briggs (d.1887). This was evidently a man with great energy, motivation and dedication to the liberal cause. 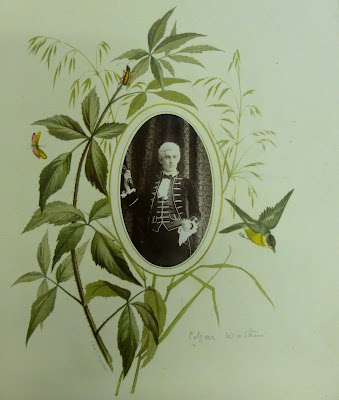 However, his achievements didn’t stop there. A week after his marriage, Edward left his father Absolom’s cotton company to take on the secretaryship of the Trent Valley Railway company. Within the year he had assisted its transferral to the London and North Western Railway Company ensuring a profit of £438,000 and deftly secured himself a job with the new owners. Watkin went from strength to strength. In 1853, Watkin was appointed the general manager of the Manchester, Sheffield, and Lincolnshire Railway. In this position he managed to weather a number of difficult storms and  became respected enough for the colonial secretary, the Duke of Newcastle (1811-1864), to send him off to Canada in 1861 with the mammoth task of planning railways across the country and bringing the Hudson Bay Territory into the government’s control. Watkin’s success in Canada was great enough to gain him a knighthood in 1868. 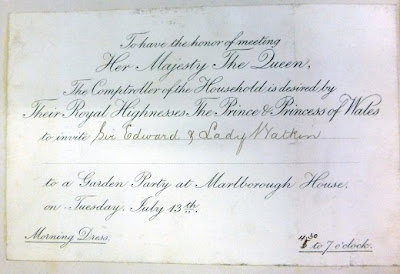 Following his Canadian triumph, Watkin returned to England and once again threw himself into a flurry of activity. He became chairman of the Manchester, Sheffield and Lincolnshire Railway Company, a company which he managed to expand to three times its size whilst building several important railway lines across England. In politics too Watkin continued his climb to success. He was elected MP of three different constituencies over 25 years and became High Sheriff of Cheshire in 1874. Even his failures seemed to me impressive. His dream of building a tunnel to France may have been ridiculed at the time, but it demonstrated his audacity and vision, a vision that it would take another century to bring to reality. Edward Watkin died a baronet and a wealthy man. As I look at his photo in his daughter Harriette’s album, I see a distinguished, rather proper Victorian man, no doubt aware of his public image and duties. However, what has fascinated me about this collection is the light it sheds on his private character and family life. Page after page of his scrapbook is filled with letters, autographs, photos and invitations.” 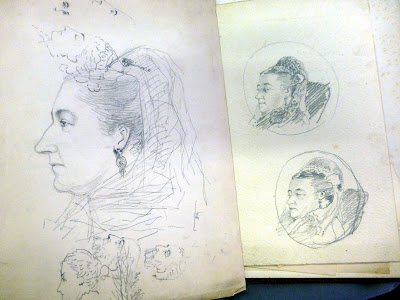 We are very grateful to Catriona for her sterling work on this important archive, and for writing about her experiences here at Chetham’s. Look out for more on Watkin and his life and work on the website soon. 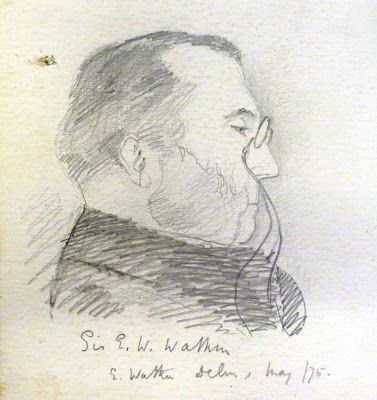