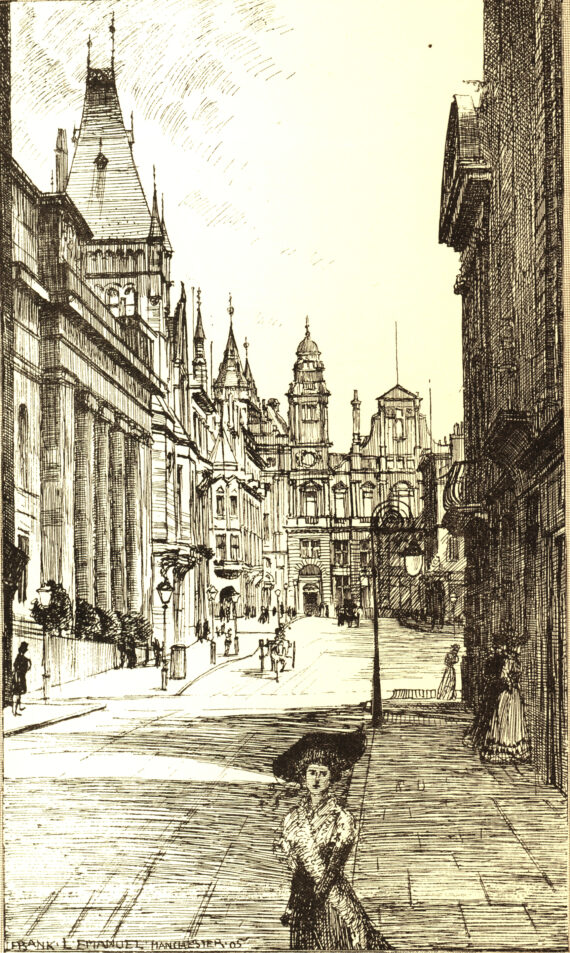 In the first blog of the new year, we explore the life and works of one of Manchester’s influential but lesser known architects, Charles Henry Heathcote. Heathcote was active in the late Victorian and early Edwardian periods, and specialised almost exclusively in industrial and commercial work, though he also designed a few private residences. Heathcote lived at a time when Manchester’s commercial and financial core was growing, and his work can still be seen in many of Manchester’s prominent streets and districts today. 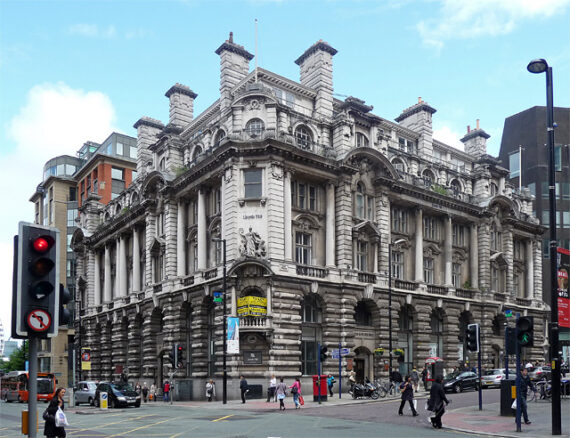 By the time Heathcote was active, architecture had begun to move away from the Gothic Revival style that expressed itself so forcefully in Manchester in such buildings such as the Town Hall, and was transitioning towards a new, very distinctive style with many neo-Classical influences. He began work as a student of Charles Hansom, of Clifton in Bristol, and would go on to win the Royal Institute of British Architects’ Medal of Merit in 1868. He had established his own firm by 1872.

His occupation was listed as ‘Architect in Practice’ in the 1881 census. He married Mary Ann Grigg in June 1875, and they had five children. He and his family lived at Washway Road, Sale, Cheshire, as recorded by the 1881 census. This was on the same street as one of the private homes he built in 1887, an era-typical manor house that would be home to a branch of the wealthy Sassoon family of merchants for the period covered by the next two census records, and the address of which can be seen in our copy of Slater’s directory for the period.

The most prominent buildings he worked on in Manchester include city centre buildings such as 107 Piccadilly, an imposing textile warehouse of 1899; Parr’s Bank in 1902 in York Street; the Eagle Star Building of 1911 in Cross Street; and Lloyds Bank, King Street in 1915. He also worked on the buildings for Richard Lane’s Cheadle Royal Lunatic Asylum. By 1900, two of his sons, Ernest Grigg Heathcote and Charles Harold Heathcote had joined him in business. Later, Edgar Horace Heathcote joined the same architectural partnership in 1919. 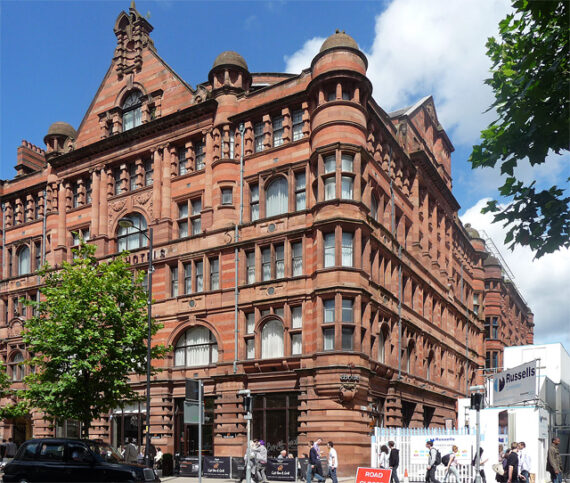 Further developments in the city of Manchester, such as the opening of the Ship Canal, led to several commissions including the planning of the Trafford Park industrial estate. In addition to fifteen warehouses built directly for the Ship Canal Company, it has been estimated that Heathcote & Sons were responsible for more than half the factories built in Trafford Park.

Before retiring in the 1930s, Heathcote would contribute to the war effort building warehouses for artillery and food supplies. His swan song before his death in 1938 was his involvement in the construction of the building for Ford Motor Company at Dagenham, commemorated today in a plaque on one of his earlier commissions for Ford at Hammersmith, now Citroën House, which itself used a very forward-looking concrete frame structure. 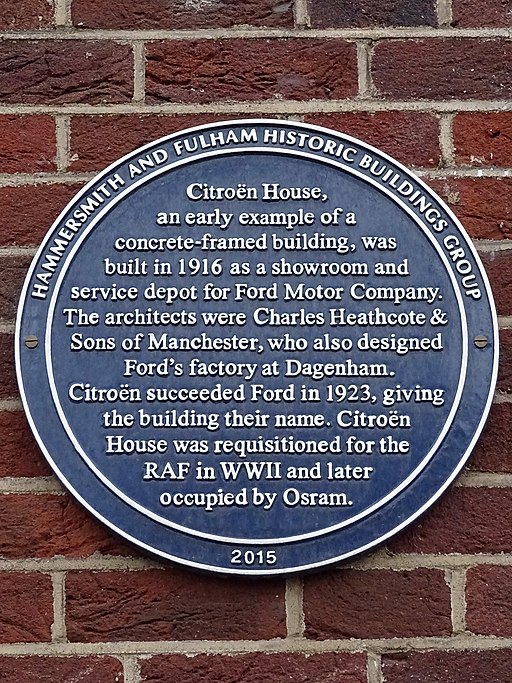 With grateful thanks to the authors of these pages: