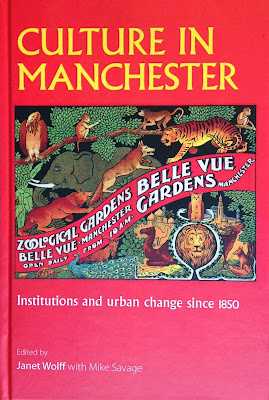 Culture in Manchester: Institutions and Urban Change since 1850 is a new book published by Manchester University Press which will be launched on Monday. The cover features a delightful image of Belle Vue promotional material from our collection, and there are more treats within, including a chapter on Belle Vue written by the Library’s very own Michael Powell and the ever-prolific Terry Wyke of MMU.
Edited by Janet Wolff with Mike Savage and available soon, it comes highly recommended.
ISBN 978 0 7190 9038 7