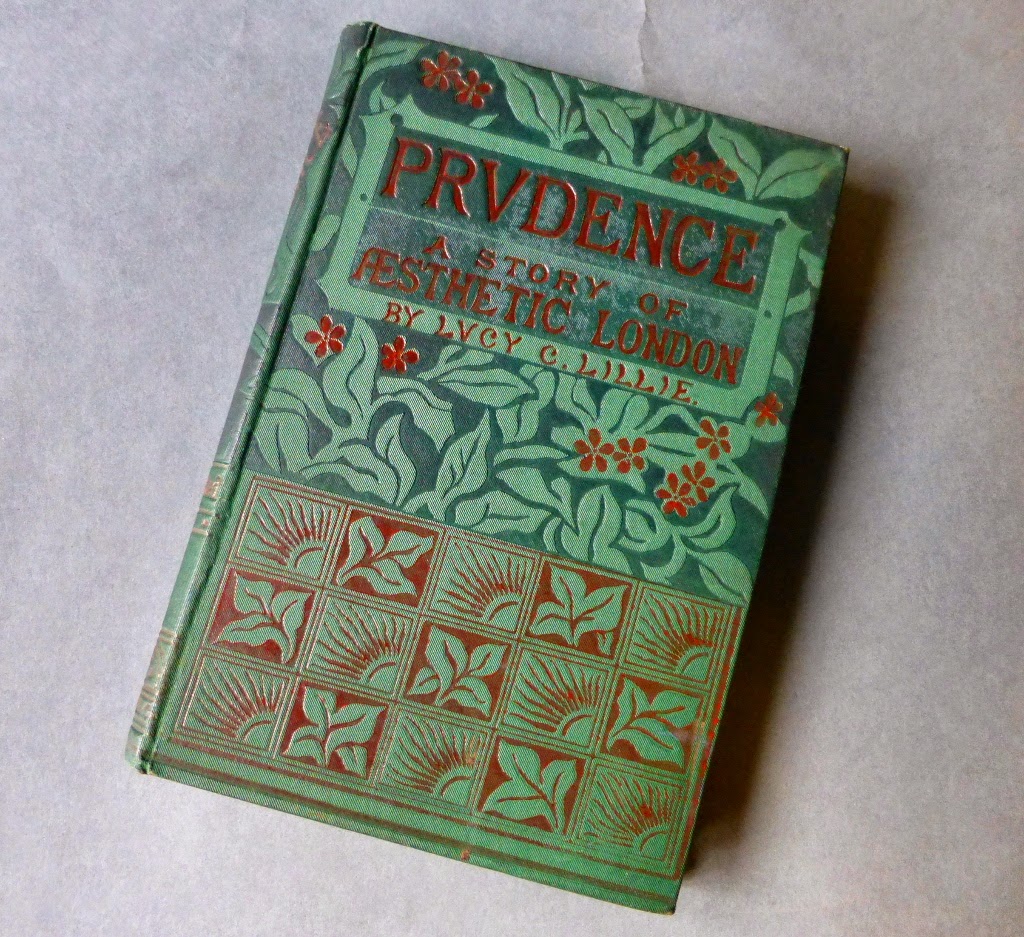 This beautifully decorated volume is part of the Asheton-Tonge collection and is one of a number of late-Victorian novels held at the Library. Prudence: A Story of Aesthetic London, by Lucy C. Lillie (London: 1882), follows the fortunes of a young American socialite who becomes immersed in the elegant world of the London Aesthetic Movement. Dryly witty, the book is full of delightful characters with names such as Barley Simmonson, Lady Fanny and Honest Dick. 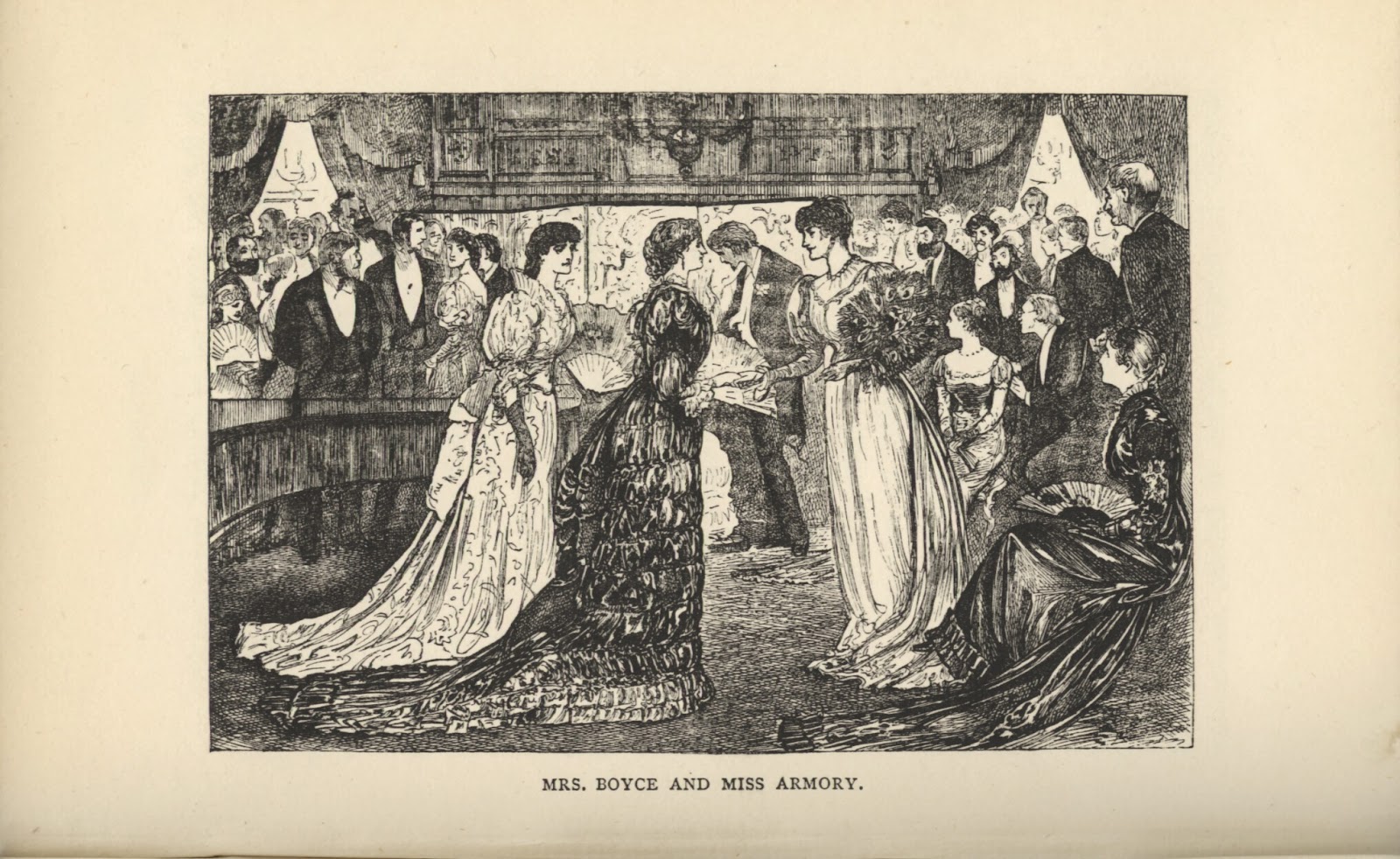 The finely observed illustrations are by George du Maurier, grandfather of Daphne and most famous for his cartoon ‘True Humility’, the origin of the expression ‘curate’s egg’. Du Maurier, who became a novelist himself in his later years, was also the grandfather, through his daughter Sylvia, of the five Davies boys who were the inspiration for Peter Pan. 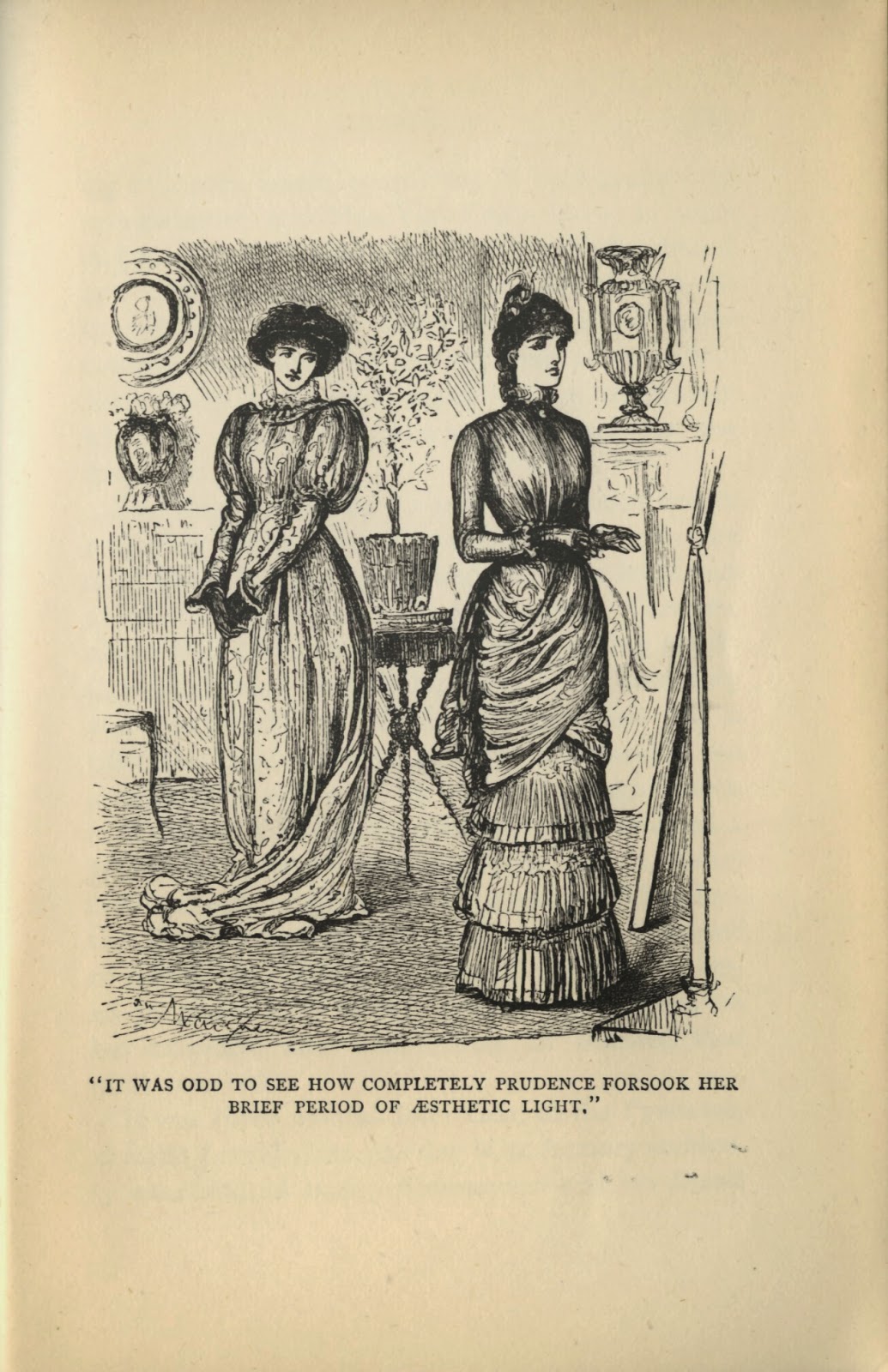