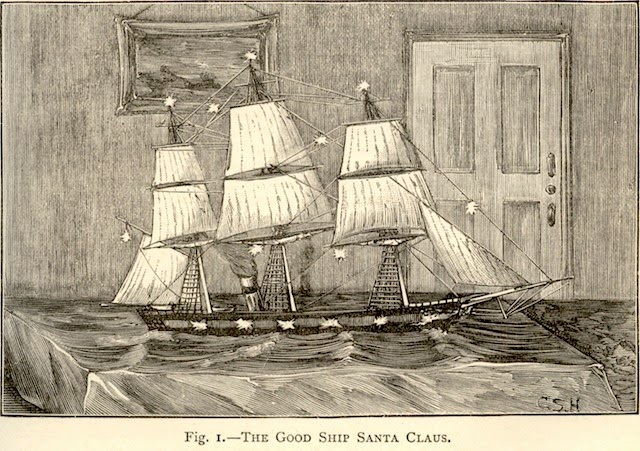 The torrential rain this past couple of days on top of last week’s ‘weather-bomb’ sent us to volume viii of The Boys Own Bookshelf, Indoor Games and Recreations: A Popular Encyclopaedia for Boys (1891) to re-think our holiday amusement plans. Although there are plenty of women on the Library staff, we haven’t let that deter us from using this entertaining, if sexist, book to get some ideas for fun indoor activities. The fat volume is filled with a wondrous array of delightful poems, stories, games, puzzles and projects, all embellished with intricate wood engravings; plenty to keep us occupied over the stormiest Christmas week. 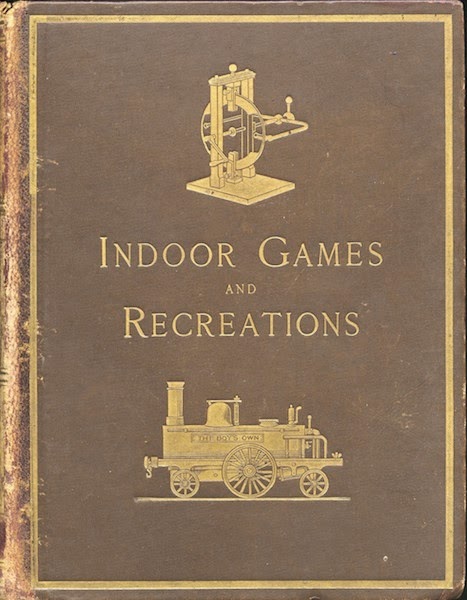 We were first caught by the idea of ‘the very useful and instructive pastime’ of ‘the construction of a sundial’, but we regretfully concluded that it would get little use before next June. The chapter titled ‘Fire-balloons and Gas-balloons: How to make and use them’ also tempted us, especially since the new exhibition at Manchester Central Library has prompted us to admire some of our own balloon broadsides. But in the end, we’ve settled on ‘How we made a Christmas ship’ by C. Stansfeld-Hicks, author of Yacht and Canoe Building, etc., etc. What could be better for those of us who are ‘tired of Christmas trees’, as Mr S-H, so trenchantly phrases it? An elegant ship on the sideboard, small gifts hung from its rigging, presents an intriguing alternative to the more common Christmas tree. A quick trip around Google shows us that there seems to be a persistent maritime tradition around Europe which connects St Nicholas’s gift delivery system with a ship rather than a sleigh. 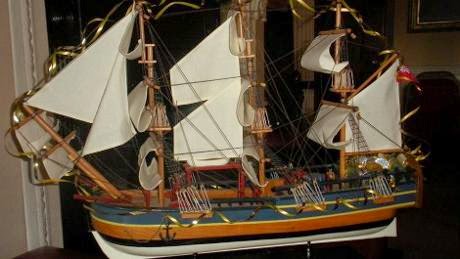 The good people of Ormseby Hall (picture above) are well ahead of us with this Christmas ship lark. They got the idea from former resident James Stovin Pennyman, who was raised in Greece, and who relates in an 1868 diary entry how he and his family spent the days of Christmas rigging out their own Christmas ship. You can see the replica of the Pennyman Christmas ship at Ormesby Hall this month, since theirs is ready to go.

Taking note of the above warning from earlier in the book, we include a pdf of ‘How we made a Christmas ship’, in case you too find yourself stuck indoors with time on your hands. If you are making your own Christmas ship, we’d be pleased to receive a photo of the completed vessel.