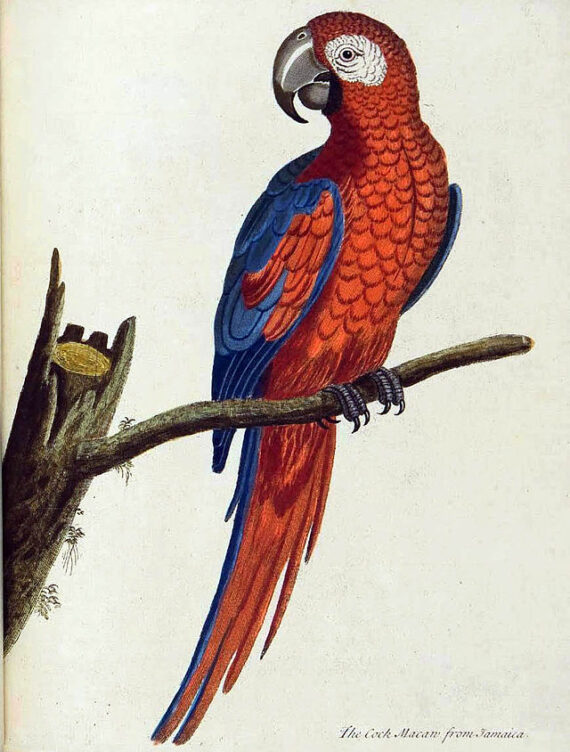 Recently we had an enquiry about a book that used to be part of our collection; A Natural History of Birds (1731–38) by Eleazar Albin. The work features over 300 painted engravings by Eleazar Albin and his daughter Elizabeth, it is one of the earliest illustrated bird books. 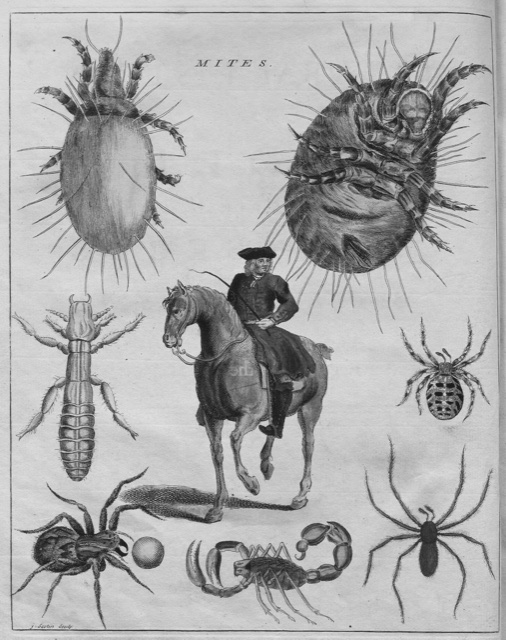 Frontispiece showing a likeness of Albin, from a Natural History of Spiders 1736.

His early works were published by subscription only, with his History of Insects gaining 170 subscribers. Albin prided himself on drawing his specimens from life, criticising previous illustrators who did not. He attracted powerful patrons such as Sir Robert Abdy of Albins and Richard Mead, physician to the king. These connections enabled him to access extensive collections of exotic specimens to study. He even appealed to his readers ‘Gentlemen … send any curious birds … to Eleazar near the Dog and Duck in Tottenham-Court Road’.

Despite no longer having the book in our collection, we have a selection of subscription receipts for the three-volume set A Natural History of Birds. This includes an engraved blank receipt form, mainly consisting of the names of 99 birds, each with a checkbox that could be checked when the plate containing the engraving of that particular bird was delivered to the subscriber.

The plates of birds in this list were for a work paid for by subscription, engraved by Eleazar Albin, assisted by his daughter Elizabeth, for A natural history of birds, which was published in 3 vols., 1731, 1734, and 1738. 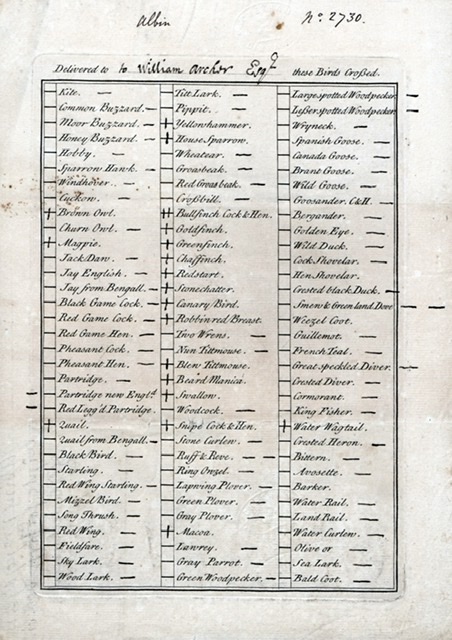 A receipt from our collection listing the birds included in Albin’s work.

Our collection also contains the original ‘Proposals for printing by subscription, a neat book of English and foreign birds to be coloured after the life with their respective descriptions. The whole work to be printed in one volume in quarto, on a superfine royal paper, and the birds to be engraved by the best hands. No more to be printed than subscribed for. Every subscriber to pay down two Guineas in hand and two Guineas more on delivery of the book in sheets, containing one hundred copper plates. The names & titles of the subscribers to be printed at the beginning of this work.’ 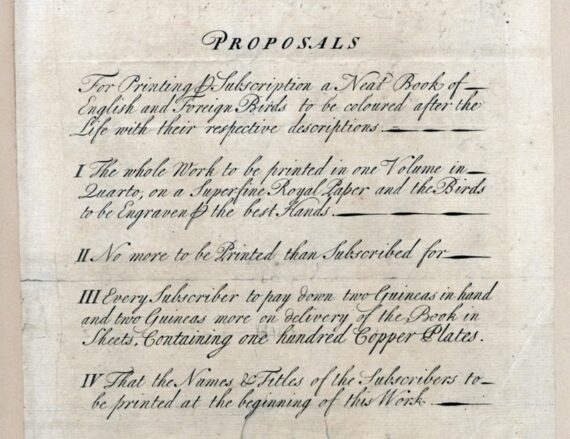 Proposal for the printing subscription of A Natural History of Birds.

Albin most likely passed away in 1742 as he created no more illustrations after 1741, and an advertisement from 1742 announced the sale of some of his belongings.