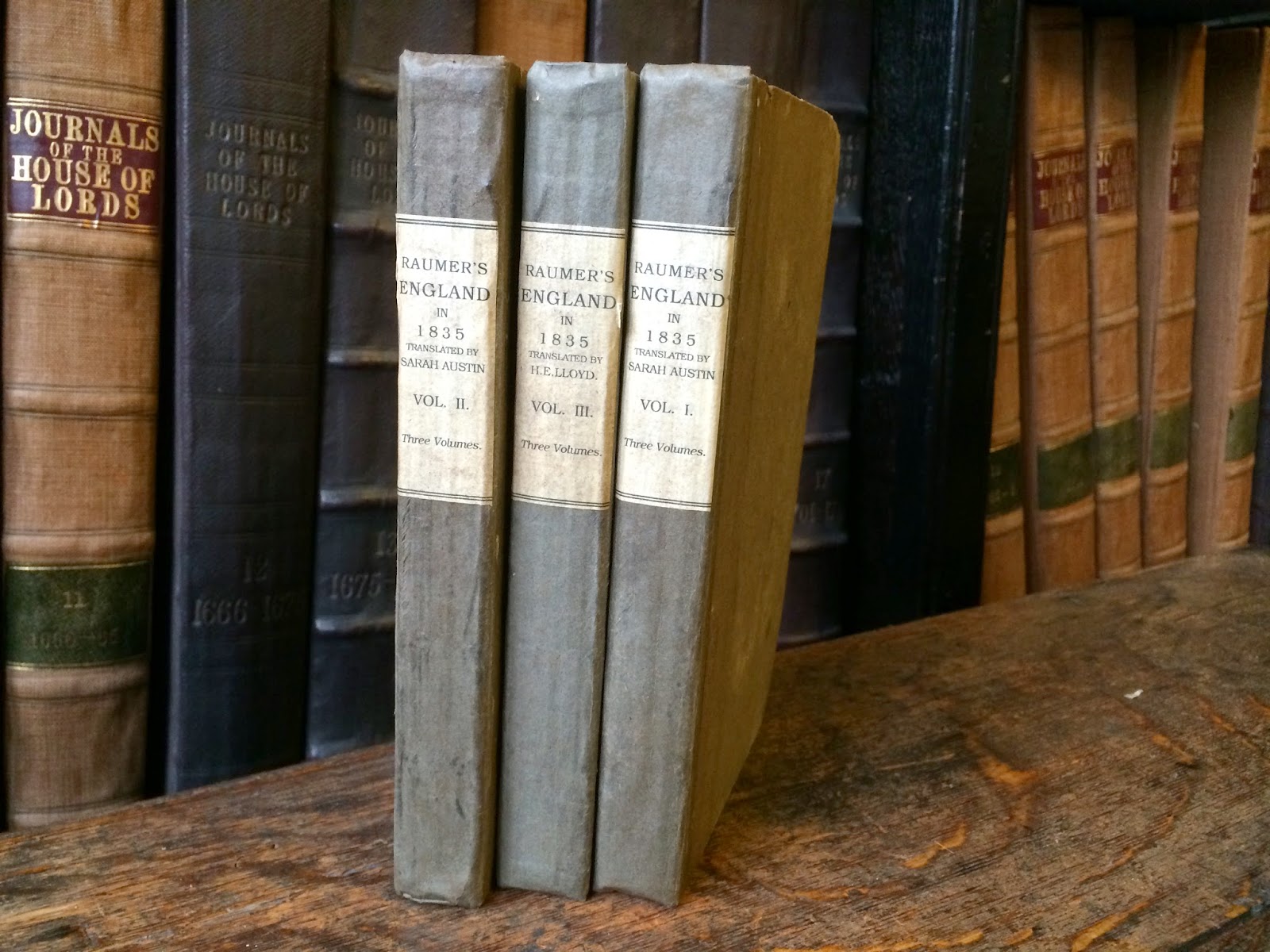 We have recently acquired from one of our favourite bookshops, Ken Spelman of York, a first edition of Frederick Von Raumer’s England in 1835: being a Series of Letters Written to Friends in Germany, during a Residence in London and Excursions into the Provinces (London: John Murray, 1836), translated from the German by Sarah Austin.

Von Raumer’s three-volume account is an important contemporary survey of English social, economic and political matters, and includes information on the industrial towns, especially Manchester, to which Raumer made two further visits in 1836 and 1841. His description of the town is far removed from the usual accounts of tourists, but is more an attempt to make sense of Manchester as the shock city, the world first industrial city. The woeful state of education was one of Von Raumer’s main concerns:

‘I paid particular attention to the condition of the children in the cotton manufactories … it cannot be denied that the easiest labour, continued twelve hours in the day, is too much for any children; that they learn for their whole life a mechanical dexterity; that their mind remains uncultivated; and that they have neither time nor strength remaining to attend school. Almost every improvement of machinery makes the harder and dreary labour of grown-up persons less necessary, and increases the demand for children. Thus there arises (thank Heaven, not in all England, but only in the manufacturing districts) a constant employment – nay, a slavery for them, such as has no parallel in the history of the world’ v. 3, 224.

Von Raumer’s account of Manchester is in some way a forerunner of Engels’ Condition of the Working Class of England, which was published almost a decade later.  But Engels did not look on his fellow countryman’s description with favour, remarking: ‘It has not occurred to anyone to investigate the nature of English history and of the English national character, and just how paltry all the literature about England is, is revealed by the simple fact that Herr von Raumer’s paltry work about England [England im Jahre 1835] is still, as far as I know, held to be the best on the subject in Germany.’