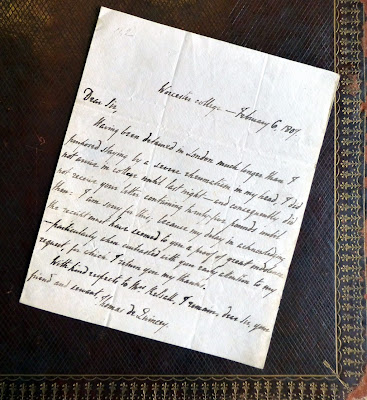 Today is the birthday of Thomas de Quincey, who was born in Manchester on August 15th 1785. His father, a textile importer and a founder member of the Manchester Literary and Philosophical Society, was an abolitionist with liberal views, and had a mansion built in Moss Side called Greenhay, now known as the Greenheys area of the city.

Thomas’s father died in 1793 and the family moved to Bath, where he attended Bath Grammar School, but then returned to Manchester. He disliked Manchester Grammar School, and absconded in 1802, having experienced a somewhat troubled childhood. In 1803, however, he gained a place at Worcester College, Oxford. From here he made frequent trips to London, where in 1804 he began to drink heavily and started taking opium, initially as a remedy for toothache but later for the sake of ‘the abyss of divine enjoyment’. According to Confessions of an English Opium Eater, he became destitute, sleeping in an abandoned building and making the acquaintance of prostitutes. On coming of age in 1806, De Quincey came into his inheritance, much of which was swallowed by debts incurred in London.

By 1807, De Quincey had begun a correspondence with his great literary hero William Wordsworth, and even made a couple of visits to the Lake District, intending to call upon him but losing his nerve at the last. Later that year, however, he made the acquaintance of Coleridge, who introduced him to his friend, thus beginning their much-documented association.

This letter from the Chetham’s Library archive was written by De Quincey in 1807 during his time at Worcester College, and as well as providing one of the best excuses for failing to write a thank-you note (‘rheumatism in the head’), also displays some of the neatest handwriting of someone under the influence of large quantities of opium that we think we’ve ever seen. 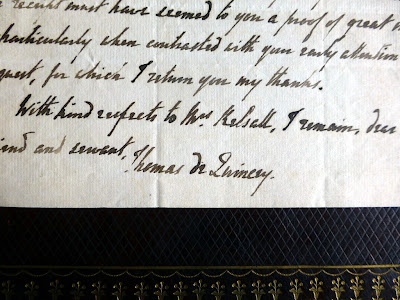 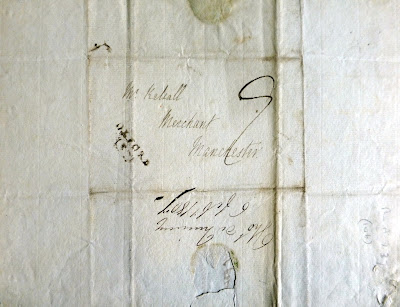