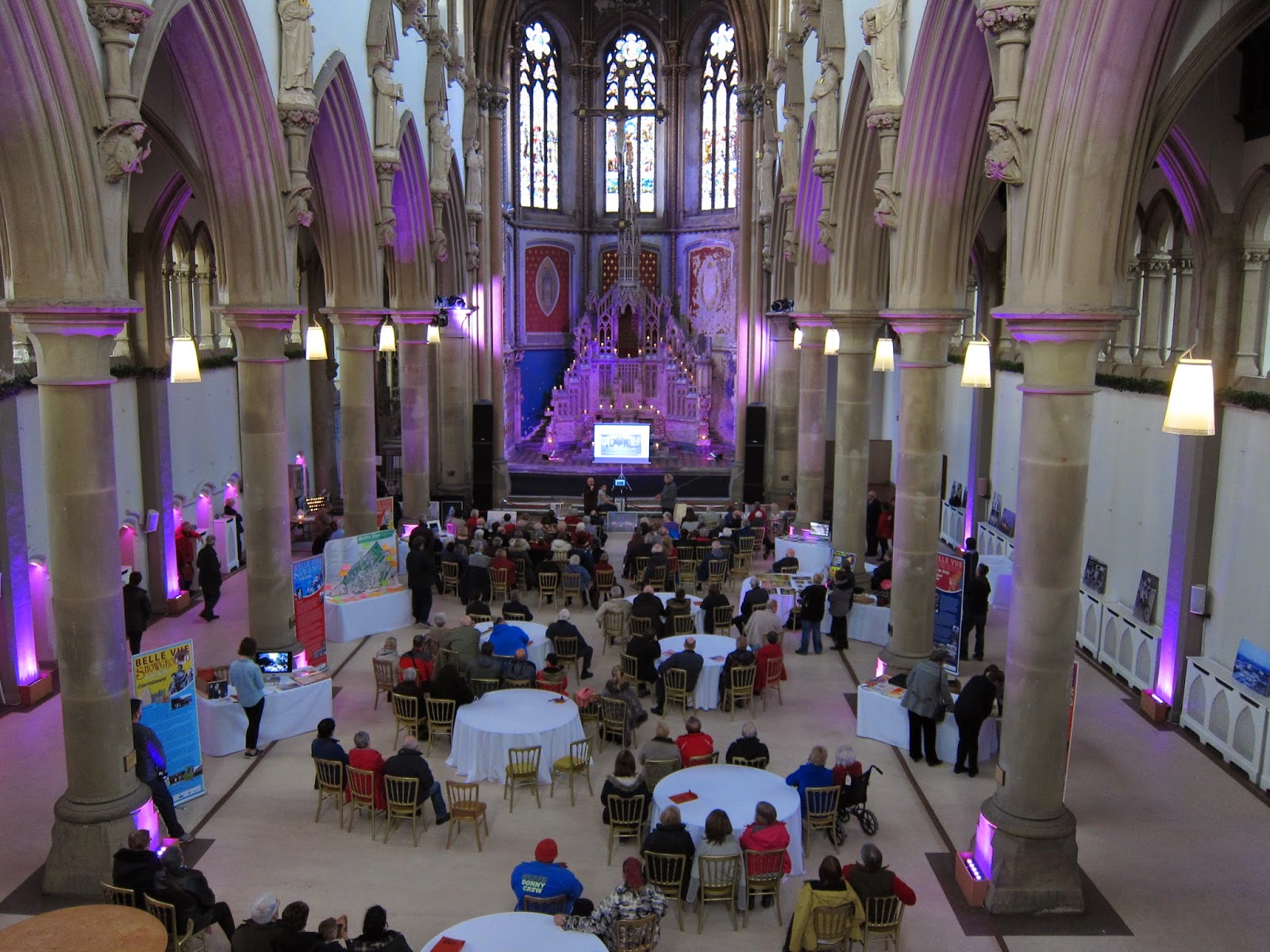 ‘Happy days.’ We heard that phrase many times during the course of Sunday and Monday when our Belle Vue Project Team escaped from the confines of their office into the glory that is Gorton Monastery. Carrying a stack of ephemera, two computers primed with recently scanned digital images of the zoo and pleasure garden and some large-scale posters of some of our favourite images, we hoped to engage with people who had actually visited Belle Vue Gardens in its heyday. 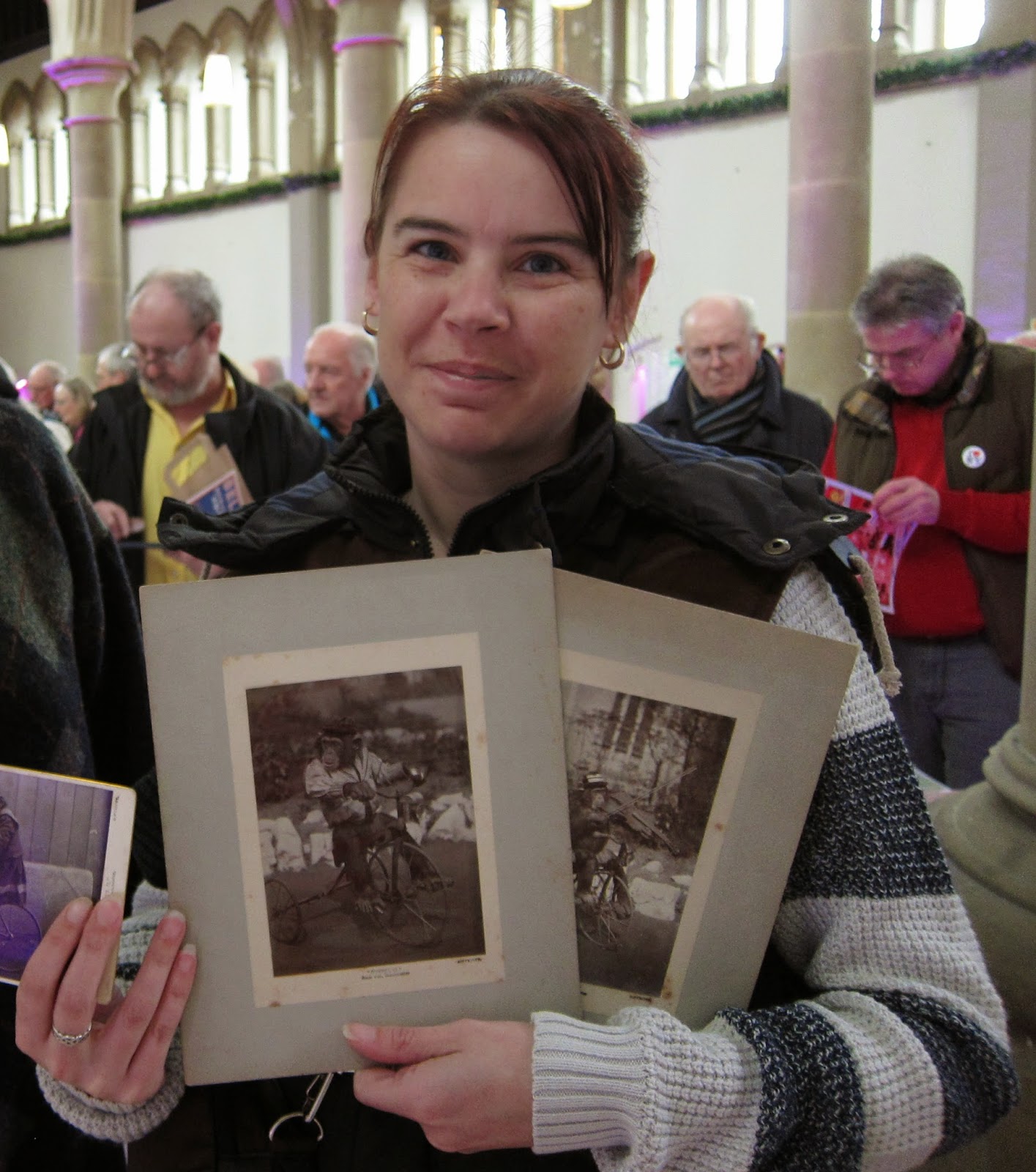 The doors opened at noon on Sunday, but even before then the crowd gathered; by Monday afternoon over 1000 people had turned out and generously shared stories and memories of happy days and nights spent at Belle Vue. We saw Speedway tattoos, old photographs of Consul the Chimp, and Top Ten Club membership cards with Jimmy Savile’s name scrawled across. We were thrilled to be entrusted with Tommy Kelly’s treasured scrapbooks full of photos of his father Matt Kelly, the renowned Zoo Keeper, so that they might be included in the online archive. The following day saw Derek ‘the Mudguard’ Adrian with a Belle Vue scrapbook for us under one arm and Belle Vue artist Syd Lane’s son in tow. Mr Lane showed us fabulous photos of his father painting firework backdrop models and promised to come to the Library so we can scan those, too. 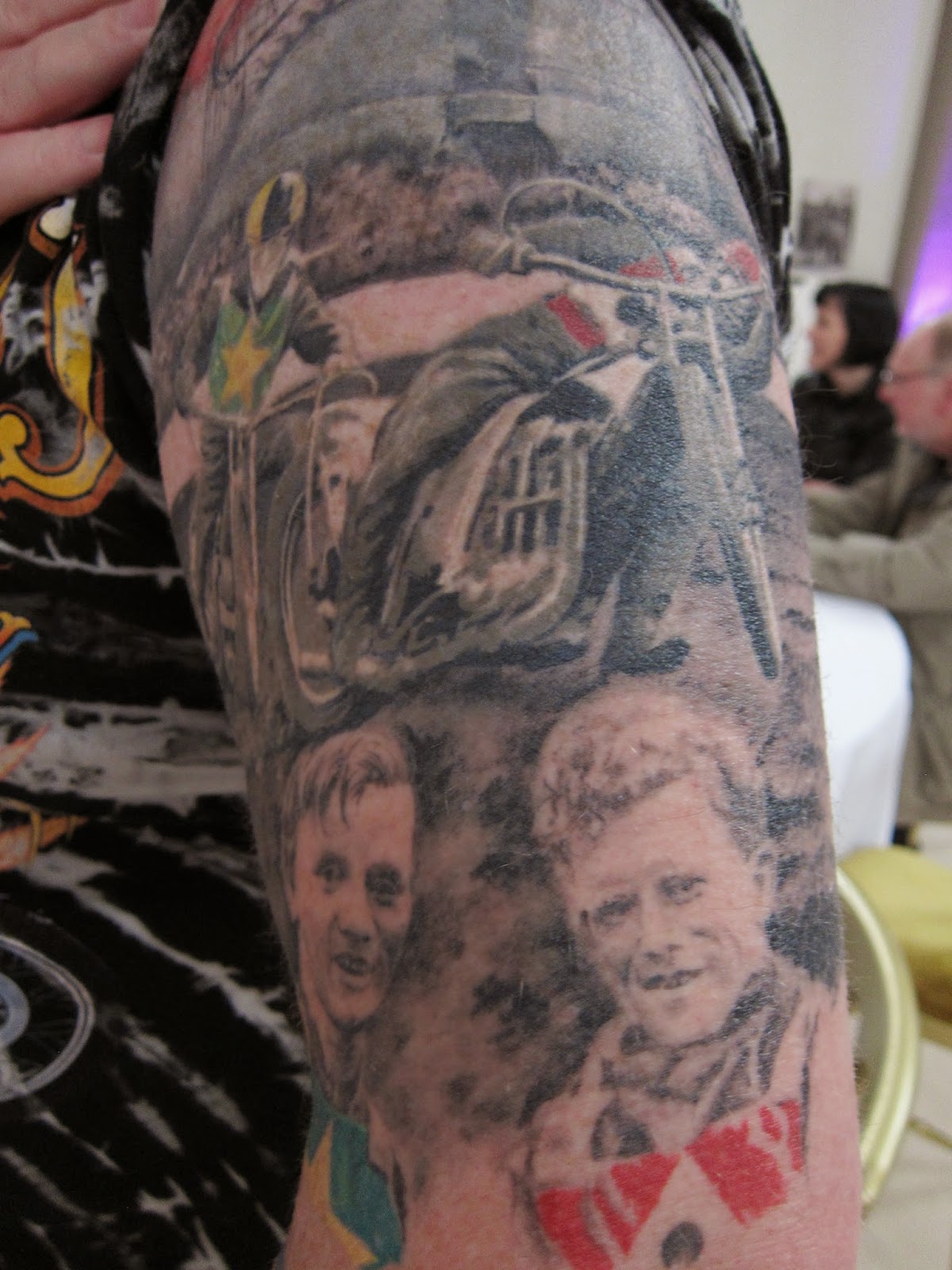 Friends and fellow Belle Vue enthusiasts swelled our ranks: Frank Rhodes brought his local history books to sell, including the ever-popular Belle Vue; Graham Moss came with a printing press ready to help people print Belle Vue Roadshow Keepsakes, and Brian Selby displayed items from his glorious Belle Vue souvenir collection including a cup and saucer with a lion transfer that we eyed with pure envy. 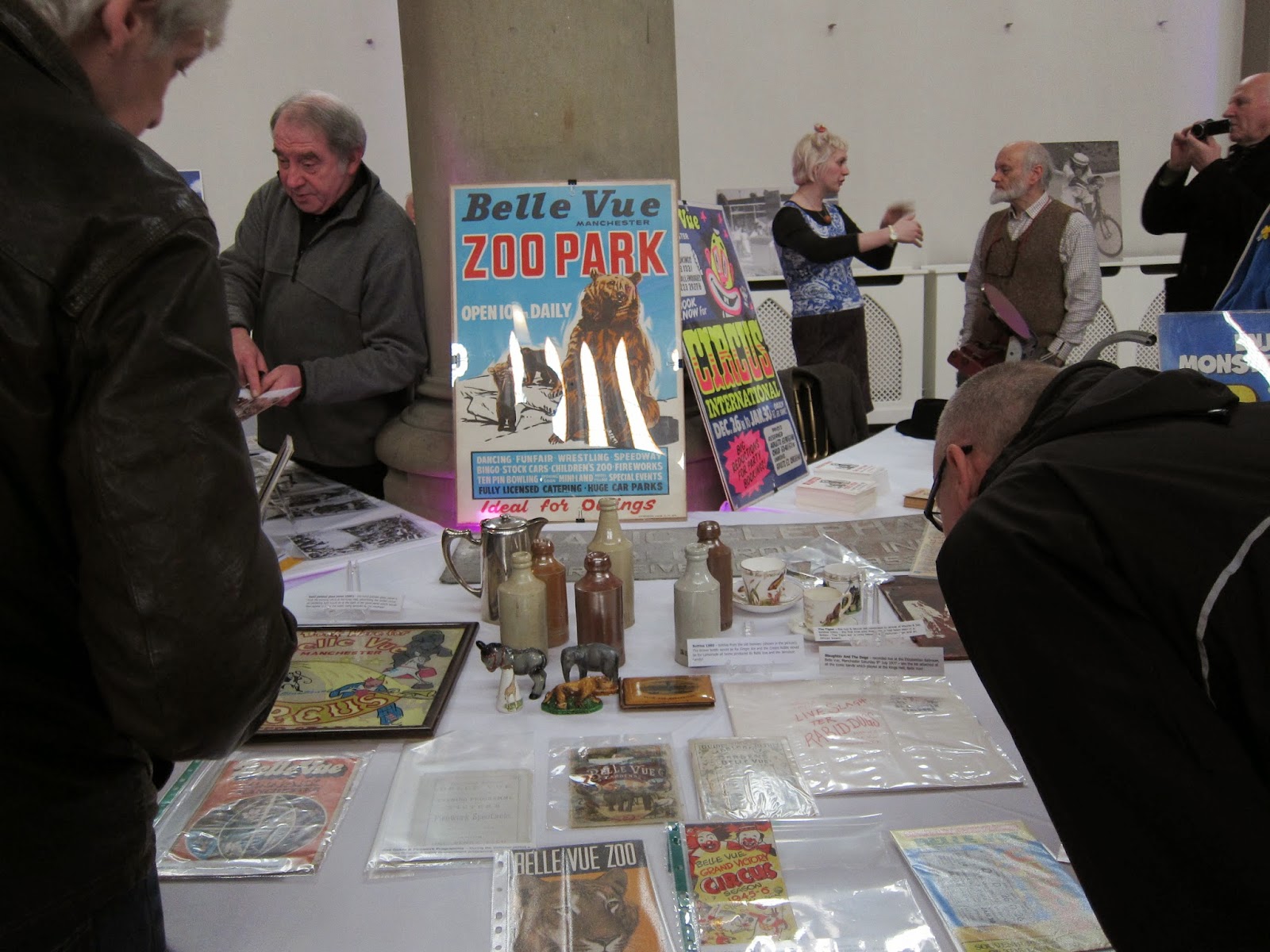 Both days offered Belle Vue-related talks. On Sunday Livi Michael’s reading of her short story ‘For One Day Only’ captivated the crowd, while Monday featured Stephen Sayers reading from his evocative novel about growing up in the shadow of Belle Vue. Both days included Frank and Brian’s popular double act relating the history of Belle Vue, Brian’s slideshow punctuated with Frank’s humerous anecdotes. Balladeer Jen Reid sang Belle Vue Ballads from the Library’s collection before the more formal talks. The Histories Festival loaned banners from last year’s exhibition, and the Monastery, in addition to providing the stately venue, and invaluable support, laid on games for the children, a remarkably good cafe, and a friendly welcome for all. 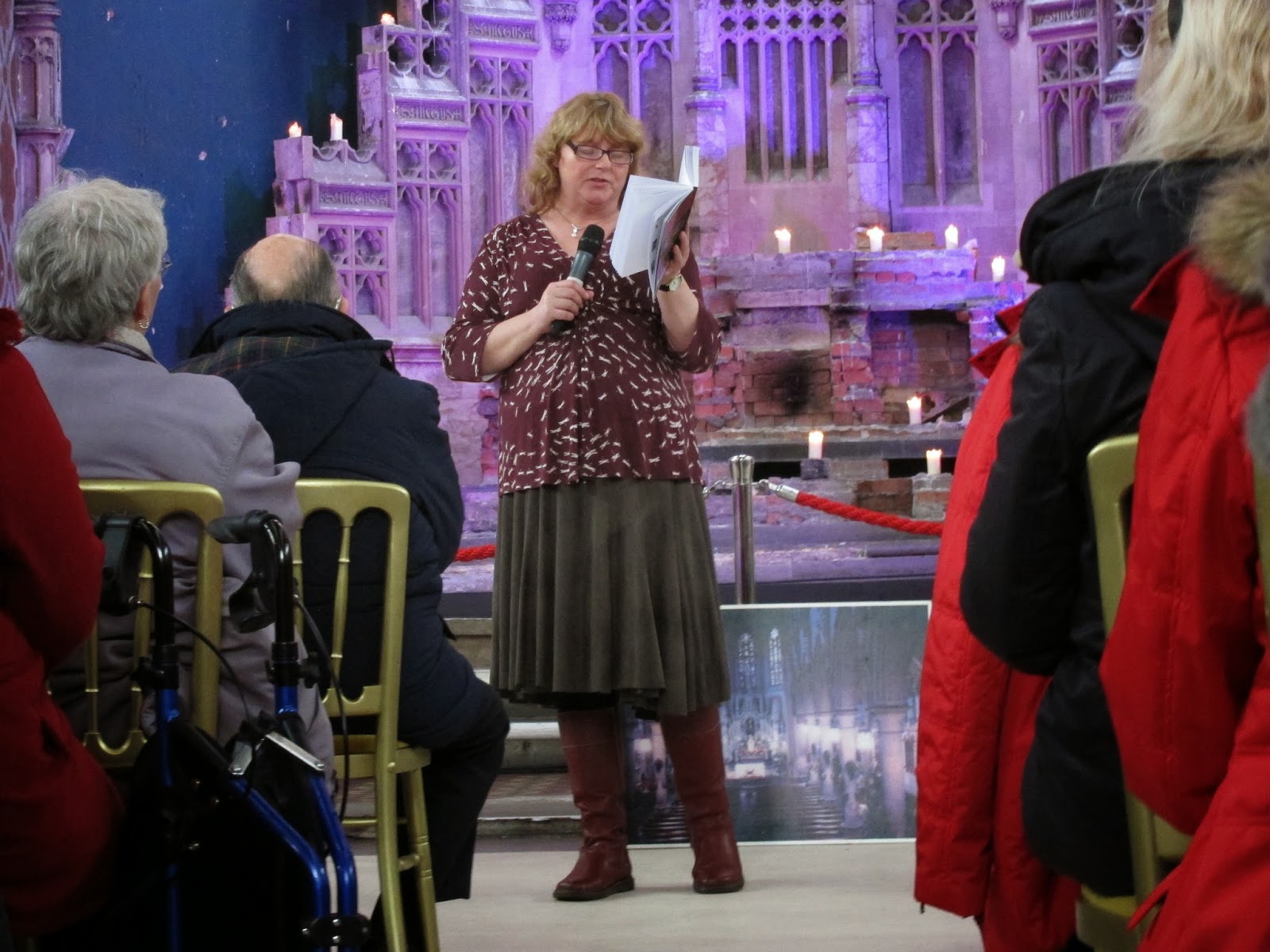 Outreach is often portrayed as a gift from a museum or library to the local community. We ‘give back’ to the community, we share ‘our’ precious collections. These two days were a powerful reminder that outreach is a two-way street. Although it was great fun to see how much pleasure our collection provided, we gained far more than we gave. 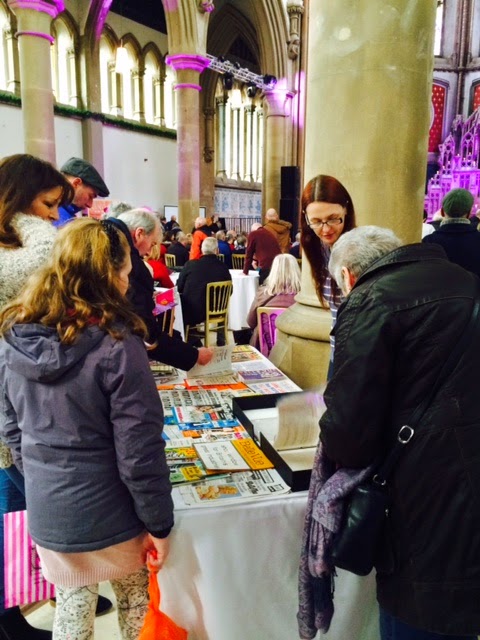 The stories and memories we heard filled gaps in our understanding that we didn’t even realise were there. Meeting person after person who worked at Belle Vue underlined the economic impact of Belle Vue, and helped us better understand how the loss of Belle Vue was so much more than just ‘the end of an era’ or ‘fun times past’, but a real hardship for those whose livelihoods were inextricably bound up with the zoo, circus, restaurants, rides, stalls and hundreds of other jobs. The importance of the role Belle Vue played within the community was brought  home to us time after time. 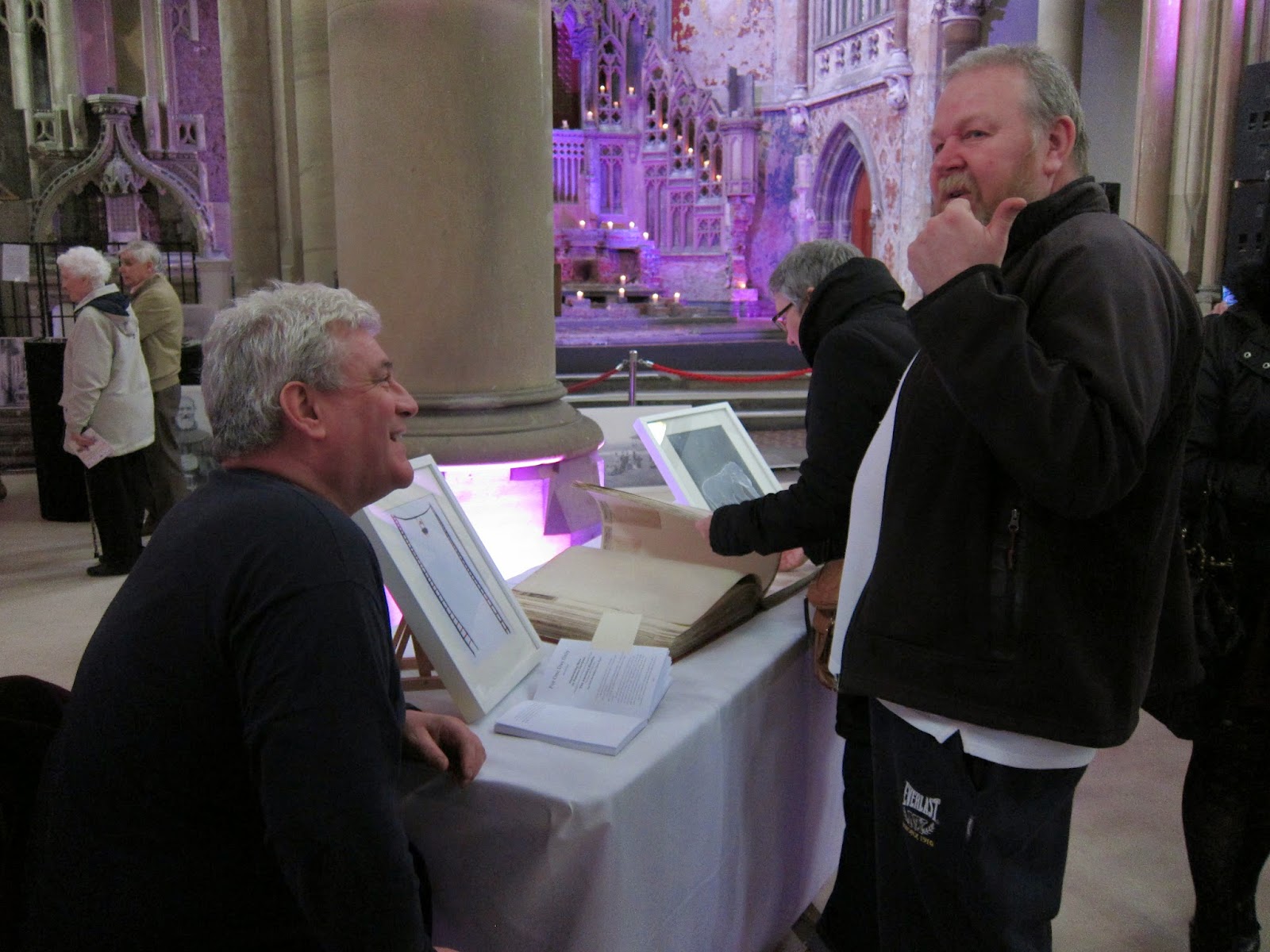 Colleagues whose enthusiasm for the Library’s medieval manuscripts and early modern books have sometimes blinded them to the wonders of circus guides or photos of elephant rides were as moved as we were by the sheer number of people and their amazing stories. We are amused (and rather smug) that they are now as enthusiastic as we are about the value of our Esmée Fairbairn Collections Trust grant-funded Belle Vue Project. Bringing Belle Vue back may be an impossibility, but this weekend renewed our conviction that its chapter in Manchester’s history must never be forgotten.