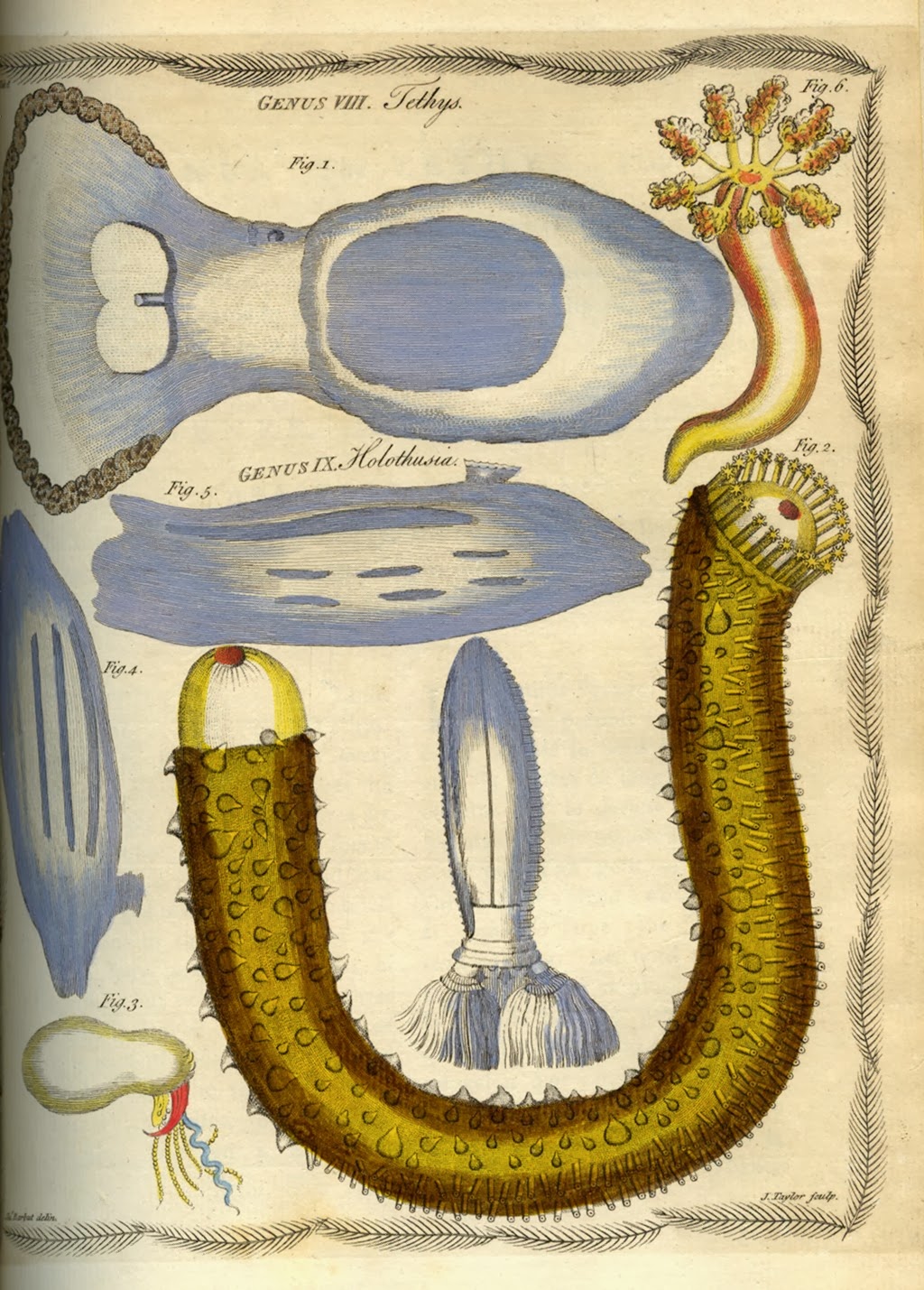 These fabulous engravings are taken from a wonderful volume of work about molluscs and worms which we came across last week when looking for something else.The genera vermium exemplified by various specimens of the animals contained in the orders of the Intestina et Mollusca Linnaei. Drawn from nature was published in 1783 by British naturalist and painter James Barbut (fl. 1776-1799). We have been able to find out very little about Barbut except that he exhibited at the Royal Academy – if anybody knows more about this talented artist do get in touch. Meanwhile, immerse yourselves in the miniature world of strange creatures with single eyes and multiple nipples… 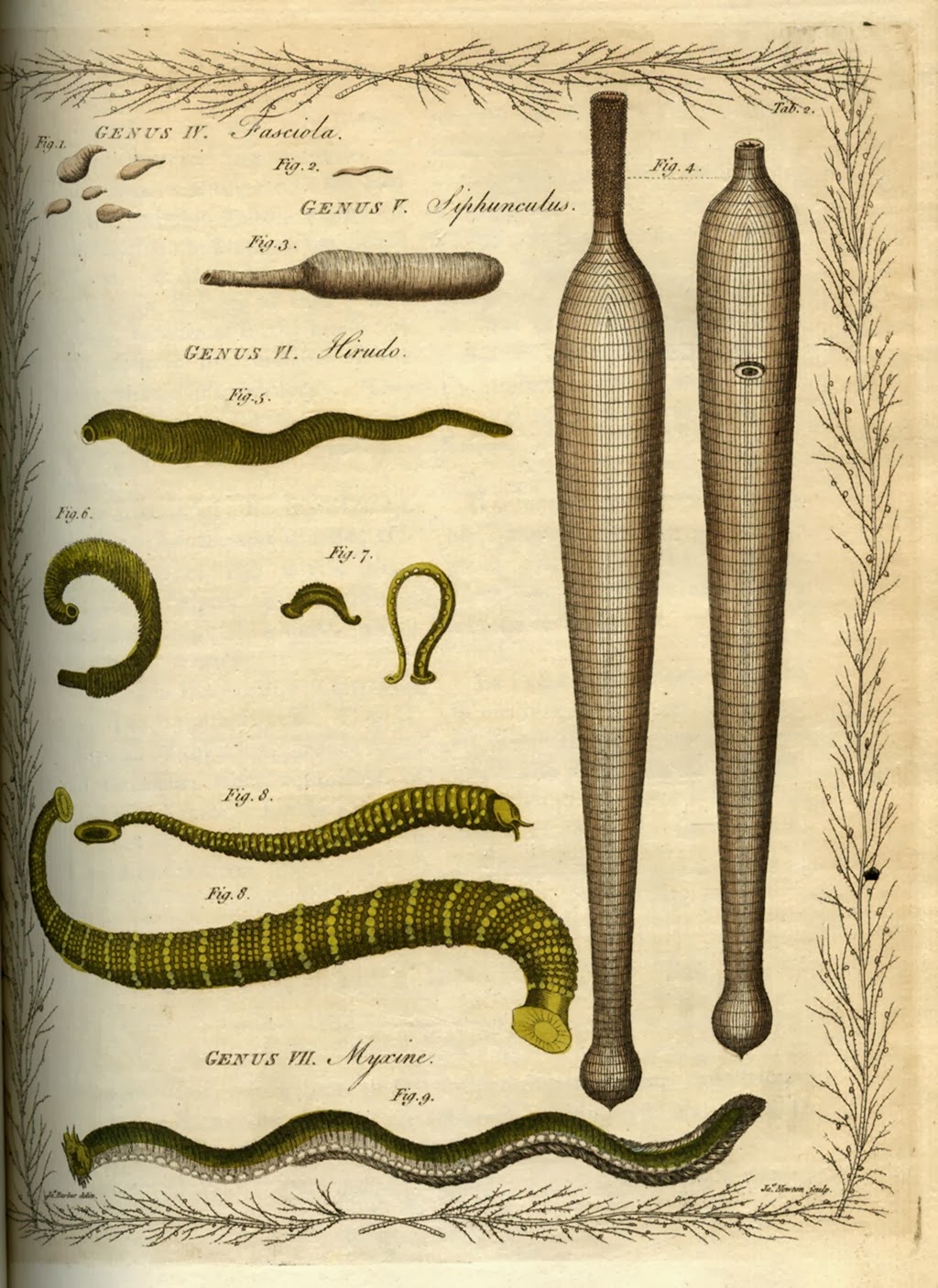 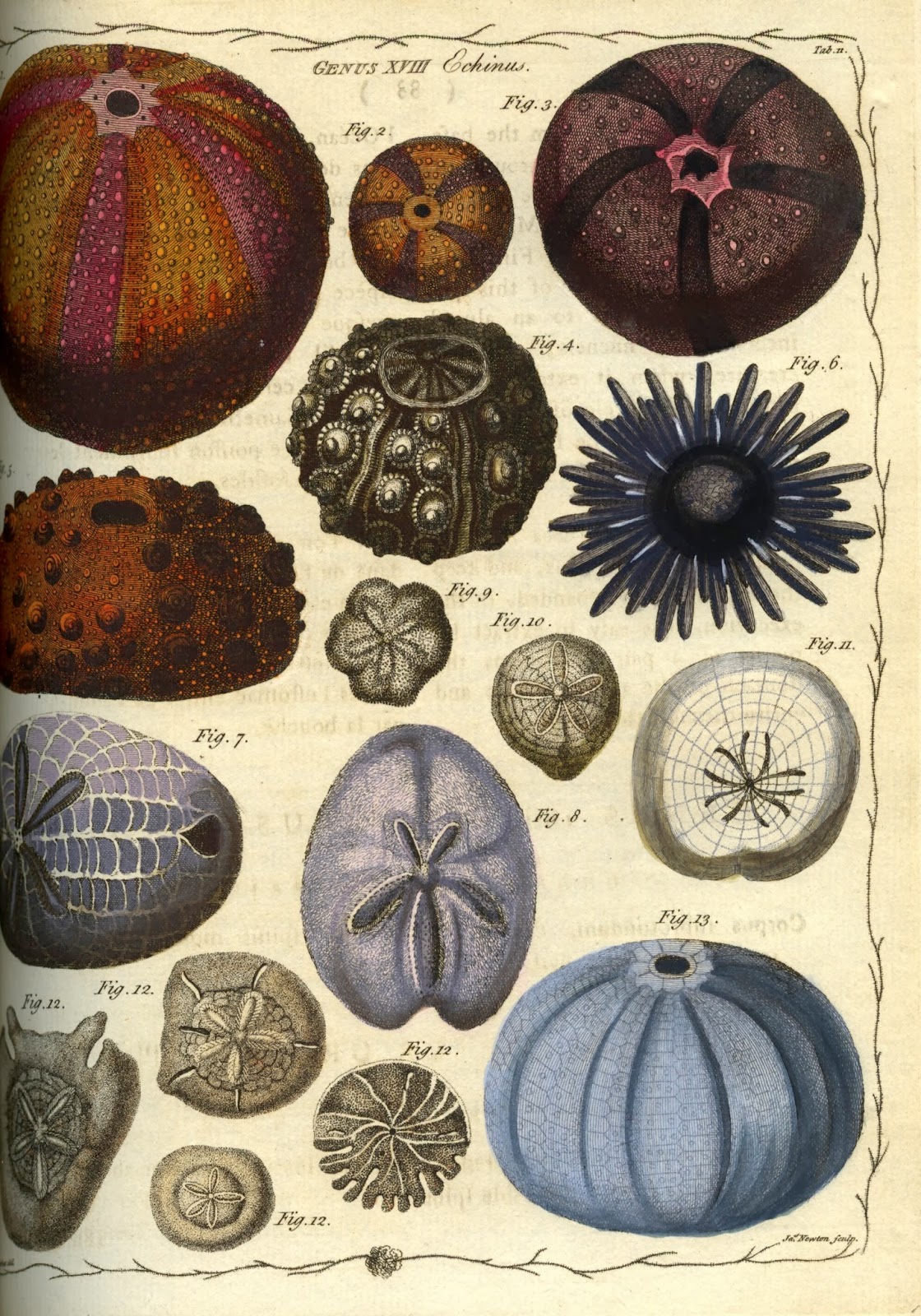 * ‘By the ancients they were not improperly called imperfect animals, as being destitute of head, ears, nose, feet, and for the most part of eyes…’ (from the chapter on Worms)