In defence of Richard III 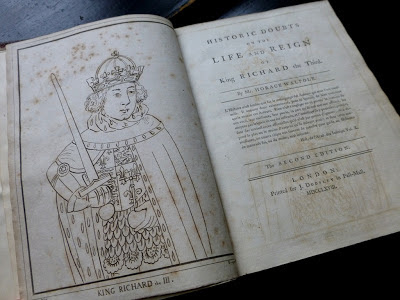 The current excitement about the discovery of the body of Richard III prompts us to draw attention to the Library’s copies of the two earliest published defences of the king.

Sir George Buck, Master of the Revels to James I, wrote an account of Richard’s life, The history of the life and reigne of Richard the Third, which was published in 1646 and refutes Tudor propaganda about the life and death of the king. 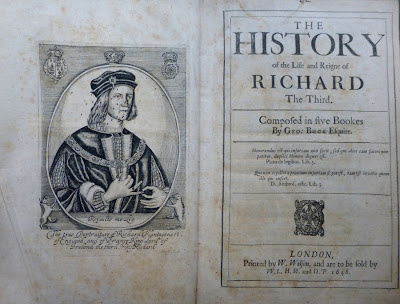 Buck ‘s interest arose because his great grandfather had fought for Richard at the Battle of Bosworth, and was subsequently executed. In the final paragraph of the book, Buck describes in detail how, ‘after Revenge and Rage had satiated their barbarous cruelty upon his dead body..’ it was finally buried in ‘the chief church of Leicester called St Maries, belonging to the Order…of Greyfriars’ 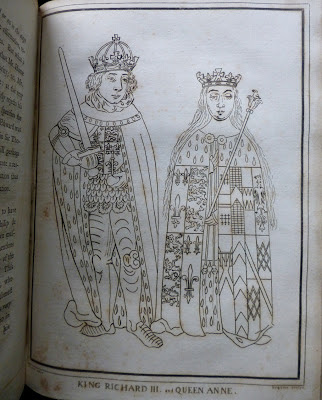 The DNB describes Buck’s original manuscript account as a ‘pioneering revisionist study’, and all subsequent ‘pro Richard’ writers have used the work, including Horace Walpole in his book Historic doubts on the life and reign of King Richard the Third, published in 1768.

Walpole includes this curious image of Richard and Anne, apparently taken from an old drawing in his possession and writes of it that, although ‘Richard’s face is very comely… He has a sort of tippet of ermine doubled about his neck which seems calculated to disguise some want of symmetry thereabouts’. 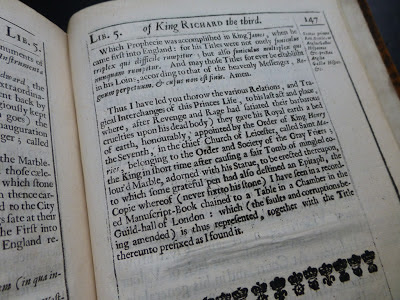