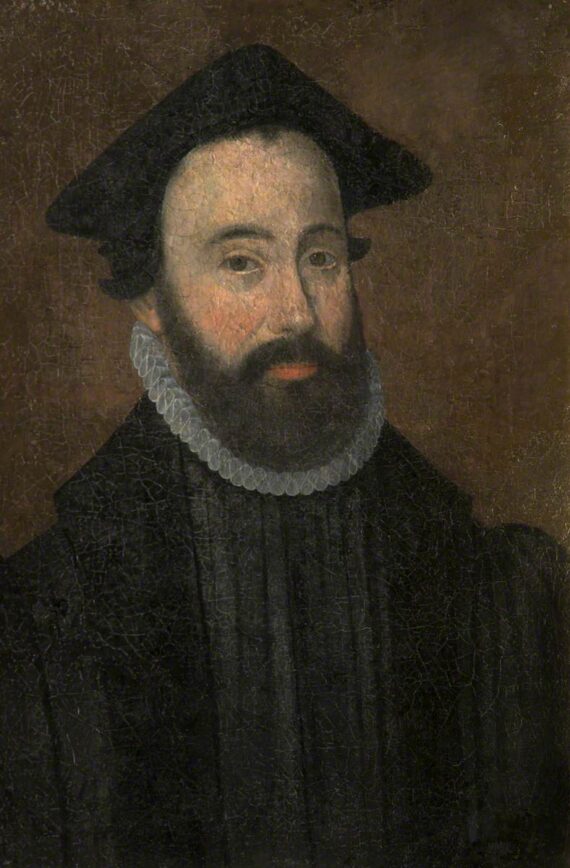 Last week we commemorated the death of Protestant martyr John Bradford on 1 July 1555, we thought this would be an excellent opportunity to go into more detail about this lesser-known Tudor martyr from Manchester. Bradford was born in Blackley and was educated at the Manchester Grammar School, going on to the Inns of Court, and then Cambridge. In 1550 he became an ordained priest and returned to the North West, going on to preach in churches in Lancashire and Cheshire.

Having initially begun a minor military career under the patronage of Sir John Exton in the 1540s, in 1547 Bradford had a change of heart, enrolling at Inner Temple. This career change coincided with Bradford’s conversion from Catholicism to Protestantism, having been influenced by the zeal of fellow reformers Thomas Sampson and Hugh Latimer. Bradford was ordained Deacon after his studies in Cambridge by Nicholas Ridley, the Bishop of London; Ridley also granted Bradford a preaching licence. Bradford then served as chaplain to Ridley until he became one of six chaplains in ordinary to King Edward VI. This appointment signalled Bradford’s high status in the protestant hierarchy. From 1552 Bradford began preaching in the North West of England whilst on leave from Court. In 1553 he would continue to preach his Protestant sermons under the reign of Mary I, who was in the process of returning the country to Catholicism.

Bradford was summoned to appear before the Queen’s Council at the Tower of London and was charged with sedition, remaining as a prisoner in the Tower before being moved to the King’s Bench Prison in March 1554. During his time in prison, he would continue to preach and would often disperse unrest amongst the other Protestant prisoners; he also composed various treatises in response to his Catholic rivals, among which were ‘To a Free Willer’ 1554 and ‘To Certain Free Willers’ in 1555.

As the Marian government intensified its prosecution of active Protestants, Bradford was examined on 29 January 1555 and proclaimed a heretic on the 30 January. He would be left in limbo for five months before his execution. This was due to his popularity amongst the Protestant population especially in the North of England. During this period the writ for his execution was withdrawn in February in the hope he would recant and convert to Catholicism, however Bradford continued to refuse. On 30 June 1555 he was returned to prison to await execution the next day. On the 1 July 1555 John Bradford was burned at the stake in Smithfield, along with John Leaf a younger Protestant prisoner. Bradford has been credited with the phrase ‘There but for the grace of God I go’ 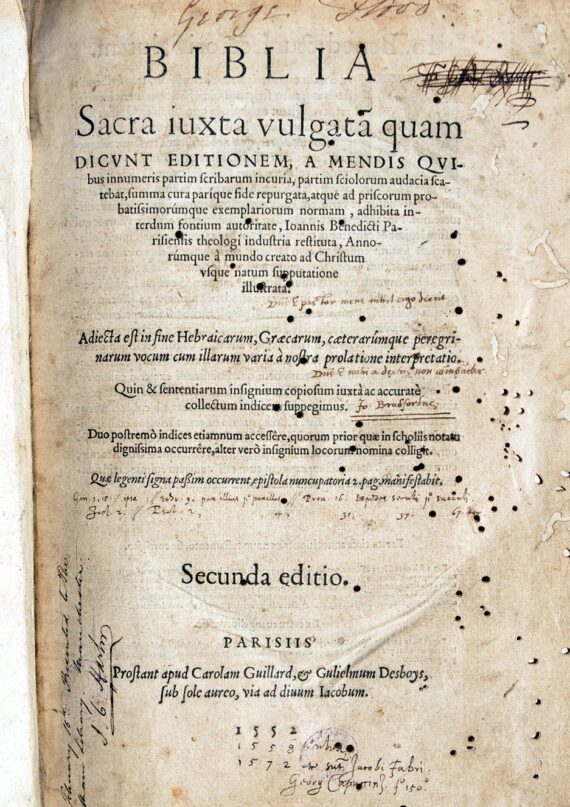 Above: Title page of Bradford’s Bible

Here at Chetham’s, we have some interesting items in our collection relating to John Bradford. For example, we have a bible that once belonged to him. The Bible is a quarto Vulgate, printed in Paris in 1552. As Bibles go, this is not particularly interesting or important, although has some rather attractive illustrations, not least some ninety-two woodcuts by Hans Holbein in the Old Testament. It might strike us as odd to find a Protestant reformer owning a Latin Bible, but the book is inscribed on the title page in Bradford’s neat and tiny hand and there are marginal notes by him throughout. The Bible was presented to Chetham’s in 1855 and has been used ever since as the Bible for all installations of the Bishops of Manchester.

In addition to the bible, we have one of the few existing portraits of the Manchester Martyr. Sadly the artist has not been identified. The painting was gifted to the library in 1684 by James Illingworth.