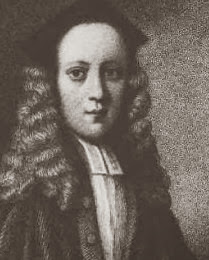 John Byrom, who died today, is perhaps the most famous Chetham’s Librarian that never was. He was offered the job in 1718 but declined to accept, although his friendship with Robert Thyer, who took up the post several years later in 1732, meant that he retained an association with the Library, often acting on its behalf to buy books in London.

We have a large collection of material belonging and relating to John Byrom, including around 40 manuscripts and 2,800 printed books from his own library, and a great deal of material relating to his pioneering work on shorthand. Read more on the website.