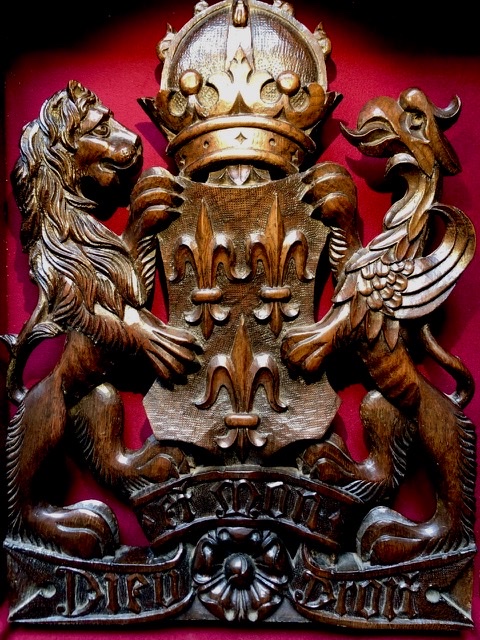 In honour of Dr. Peter Linfield’s upcoming walking tour of Tudor Manchester and the Earls of Derby, we thought we would promote some of his recent field research. Join Peter this Thursday morning on the 19th of May, for a tour of both the real and the would-be medieval carpentry of the Earls of Derby and their relations at 10.30, meeting at the Cathedral South Porch! Book here.

On Wednesday 30 April 2022 Drs Ben Edwards and Peter N. Lindfield from the History Department at Manchester Metropolitan University undertook a detailed analysis of historic woodwork at Chetham’s Library. Under examination was Tudor spolia from the royal marriage bed of Henry VII and Elizabeth of York (the royal arms of England and France) and its associated Victorian Gothic Revival framework, which together form a royal sideboard supplied to the Library around 1848 by the Saddleworth architect, antiquary, and forger George Shaw (1810–76). 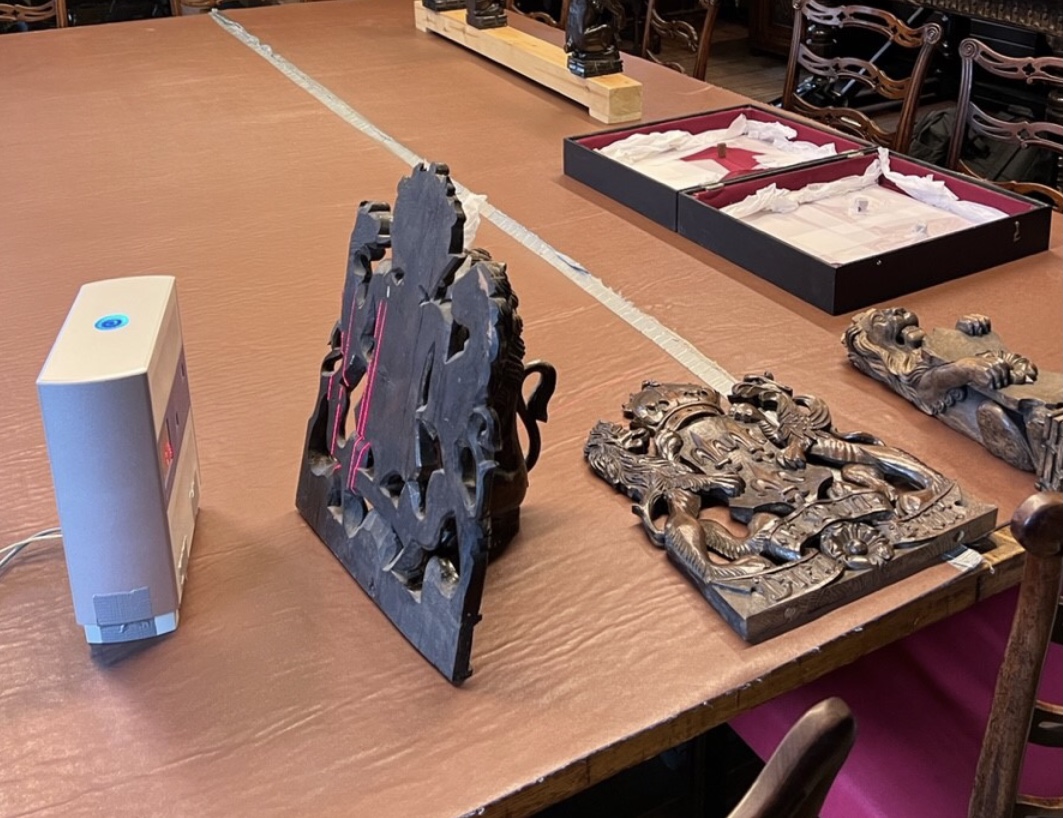 Ben, an archaeologist, scanned areas of this woodwork with lasers to build up a detailed record of tool marks remaining across their surfaces. Other examples of Tudor carving from the royal marriage bed include a set of four heraldic lions. In addition, a copy of these lions by Shaw was also scanned and analysed in detail. When examined closely, these scans will allow Drs Edwards and Lindfield to understand these pieces of Tudor and Victorian carving to an unprecedented degree, and reveal distinct working methods and visual signatures left by the different medieval and Victorian craftsmen and the tools they used. This research will feed into a book on the royal marriage bed of Henry VII and Elizabeth of York, that Dr. Lindfield is editing and will be published later this year. 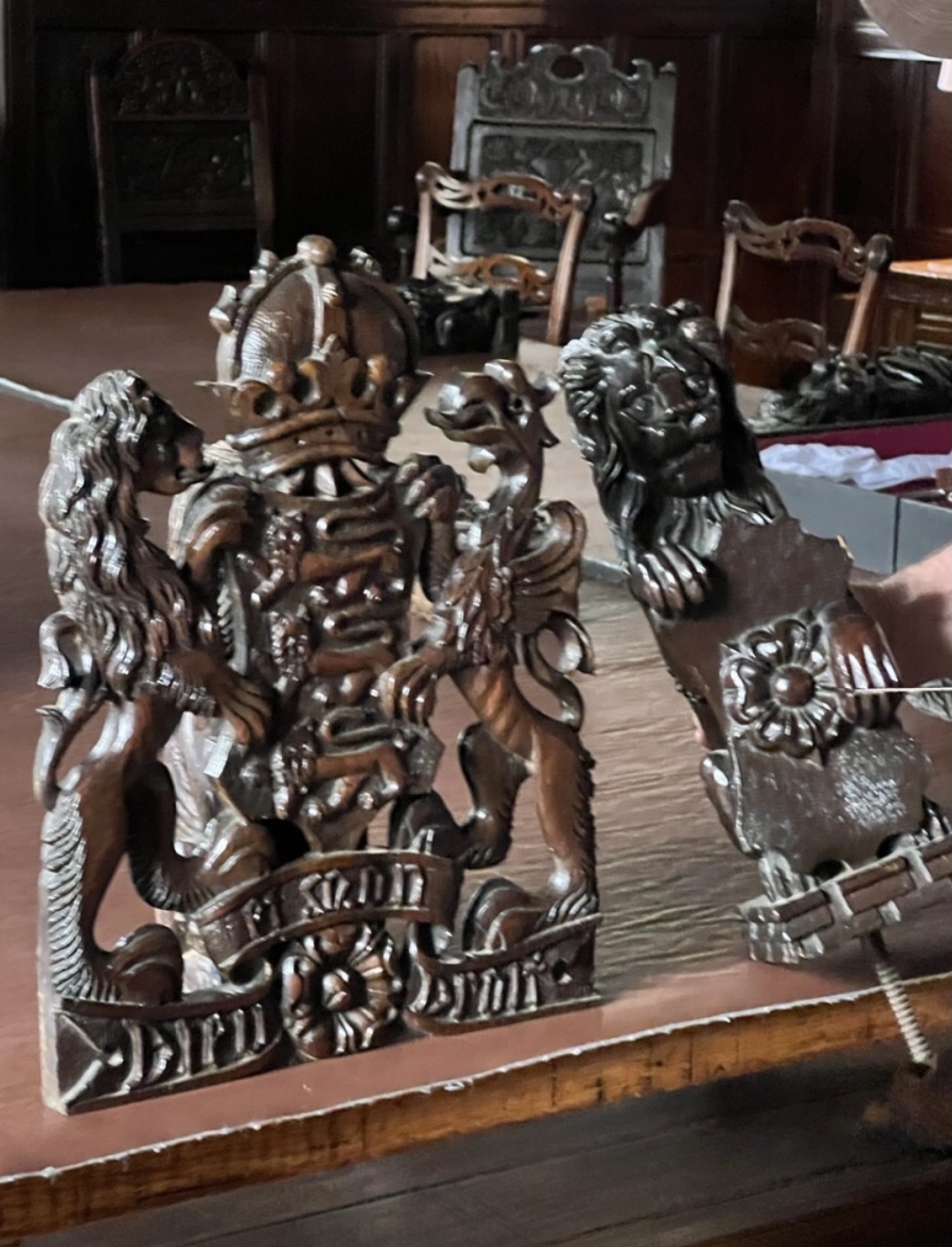 A closer look at the armorial woodwork.

The Library staff, alongside Dr. Lindfield’s MA History students observed as these pieces of Tudor and Victorian carvings, were scanned. And received a first-hand explanation of the Tudor fragments, their significance, irregularity, and relationship to Tudor beds made in Lancashire for local families. One of which is in the collection of Chetham’s Library and known as the Adam Hulton bookcase, having been converted from a state bed into a bookcase before it was gifted to the Library by one of its Feoffees in 1827.