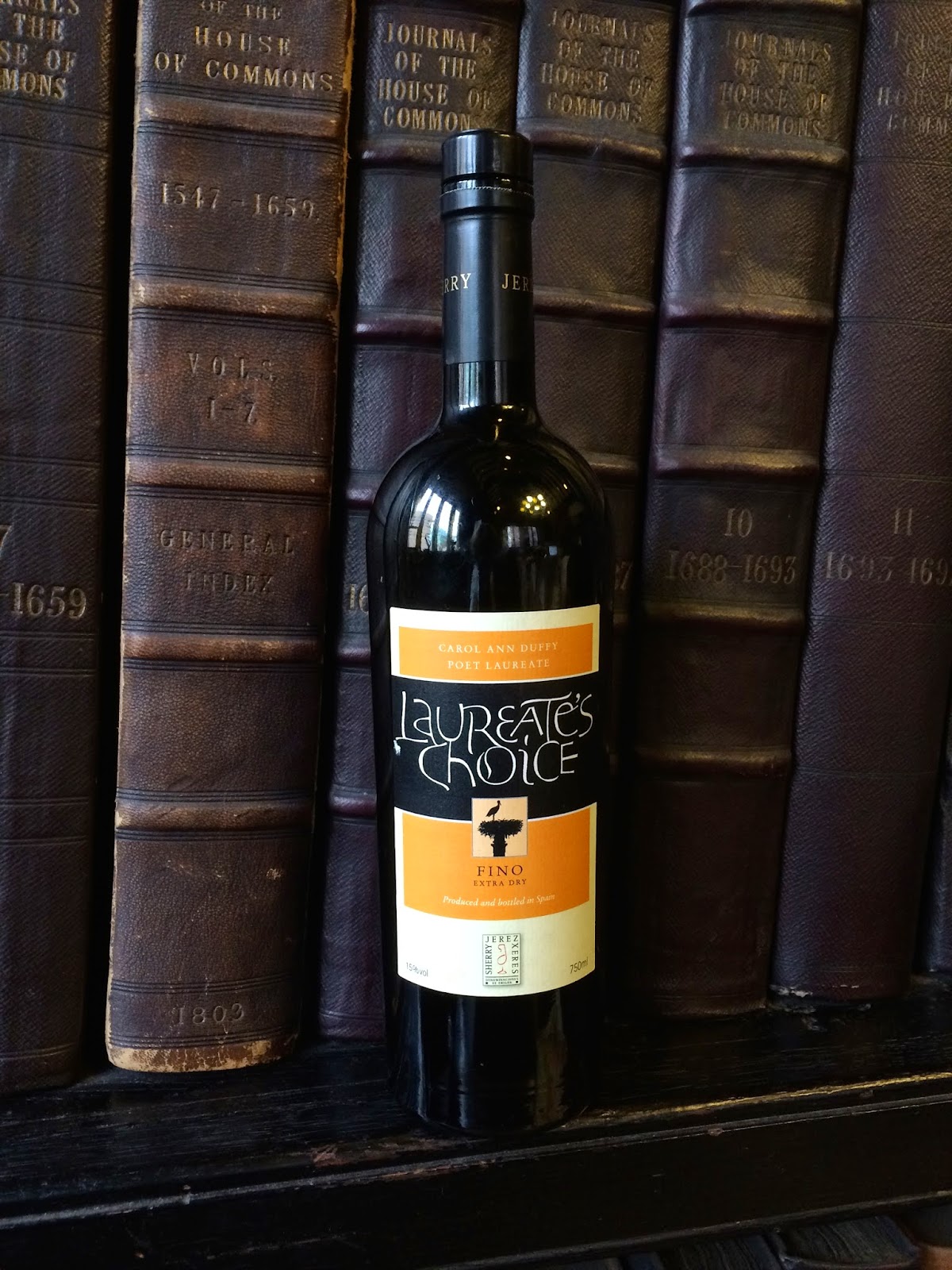 The best Christmas present we received this year – sadly it was the only present we got, apart from Ian Beesley’s Spanish sausage (don’t ask) – was an empty bottle of sherry from Professor Andrew Biswell of the International Anthony Burgess Foundation. Empty bottles are nobody’s idea of fun (hint for next year) but this bottle is special because it is one of the bottles that are traditionally given to the Poet Laureate as payment. From 1619 the Poet Laureate received as payment a Butt (720 bottles) of sherry from the Crown. The custom ceased in 1790 but was revived in 1986 by the Sherry Shippers of Spain who provided sherry for the twenty-first Laureate Ted Hughes. Carol Ann Duffy, 22nd Poet Laureate, was invited to sign her Butt of Sherry in Jerez and wrote a poem ‘At Jerez’, which is printed on the label.

PS some of us are gin drinkers.