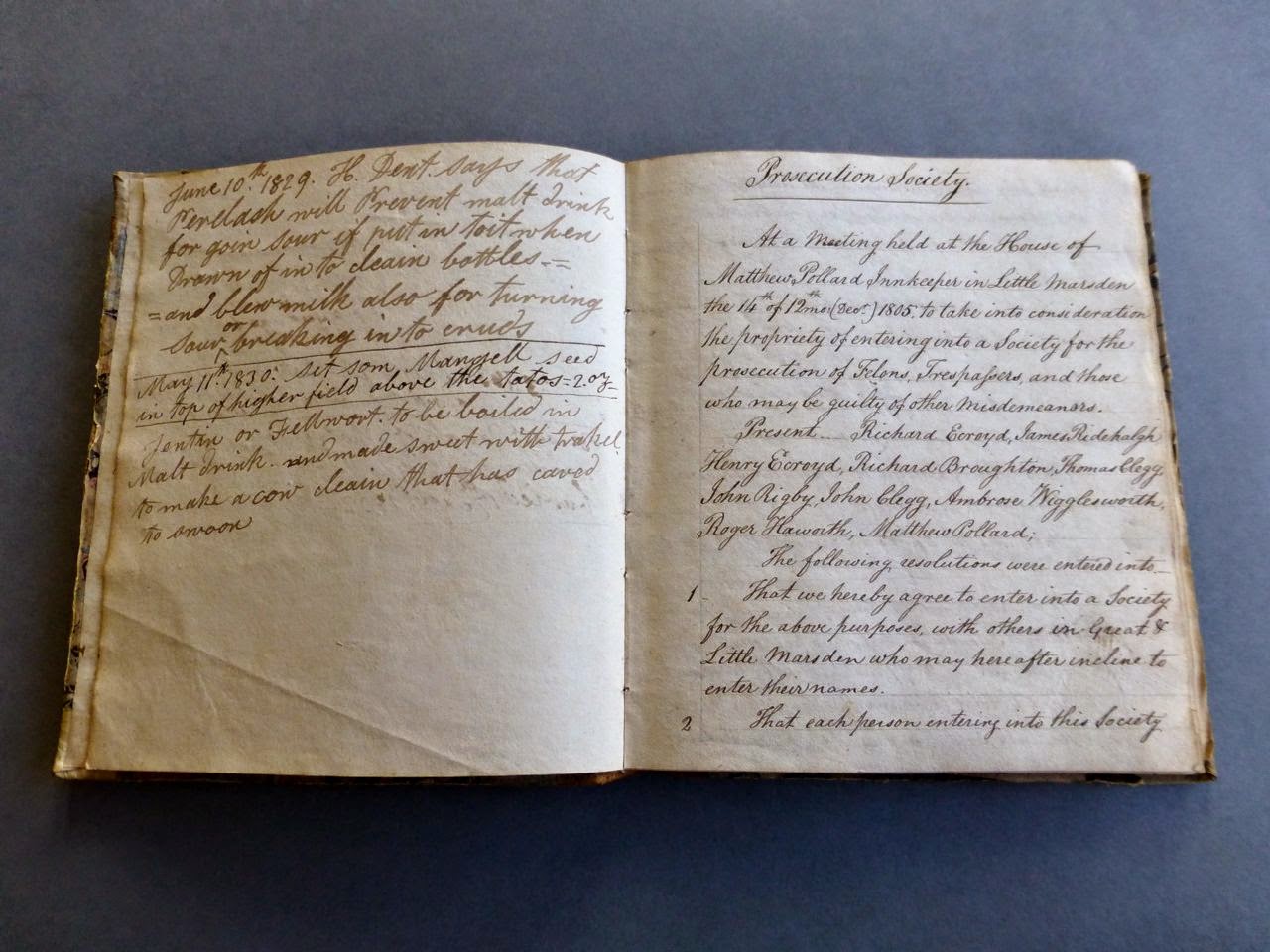 Another new addition to our collections is a quarto manuscript notebook containing, amongst other items, the constitution and minutes of a Lancashire-based Prosecution Society. The society was founded by “Matthew Pollard Innkeeper in Little Marsden” on 14 December 1805. His aim was to “take into consideration the propriety of entering into a Society for the prosecution of Felons, trespassers, and those who may be guilty of other misdemeanours”. A list of members follows, along with plans for further meetings, the election of officers and “Rules and Articles”. There is an ambitious proposal to print 100 copies of the Rules and Articles for the members. 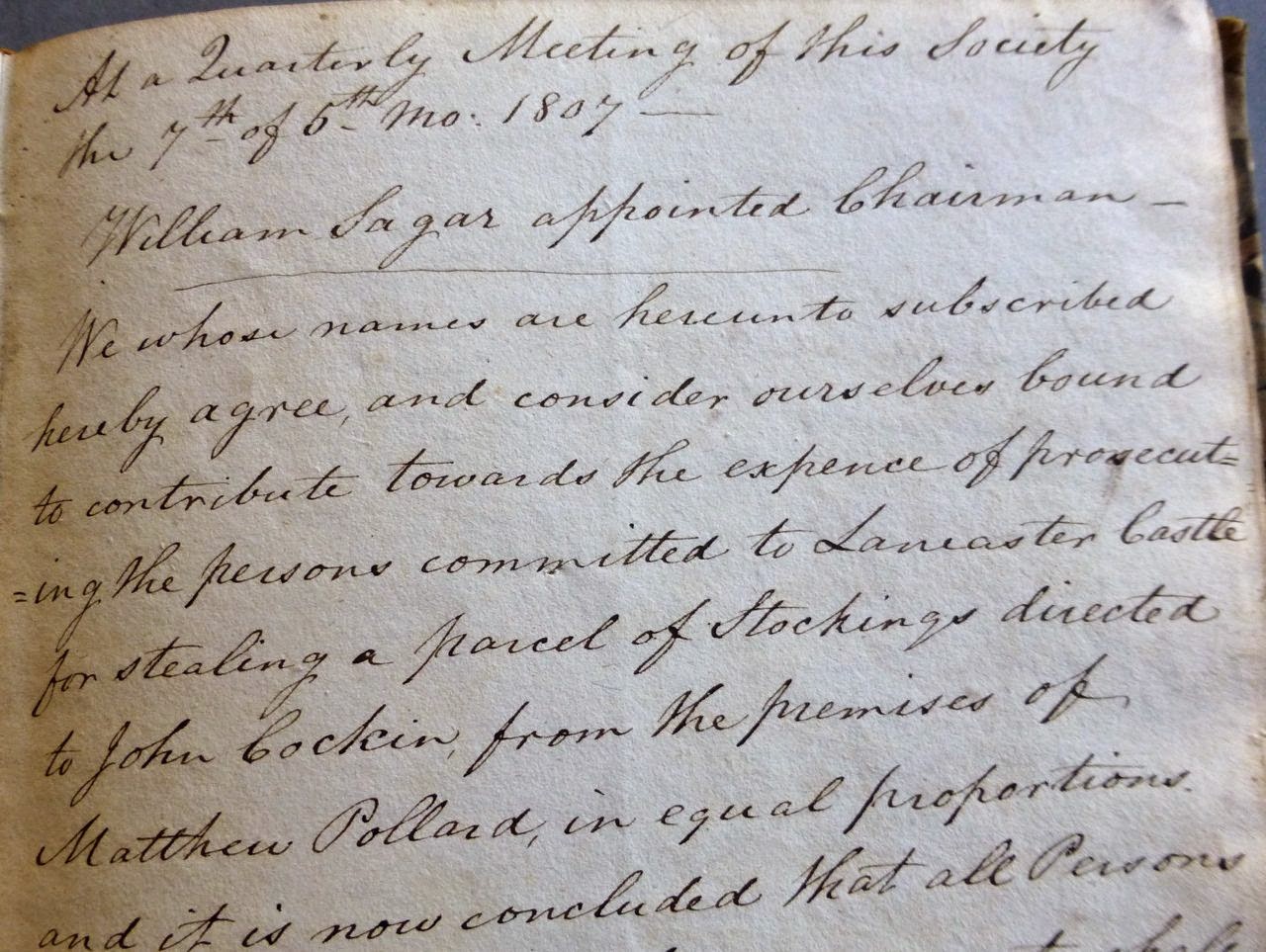 Cases include “Ann Marriott, who has suffered damage by trespassers” with the theft of potatoes, followed by a conviction with named individuals and fines; a prosecution for “Stealing a parcel of Stockings”, followed by a petition with 26 signatures of those who pledge to “contribute towards the expence of prosecuting the persons committed to Lancaster Castle for stealing a parcel of Stockings”. The society appears to have lasted until 1808 and occupies 14 pages of the manuscript. 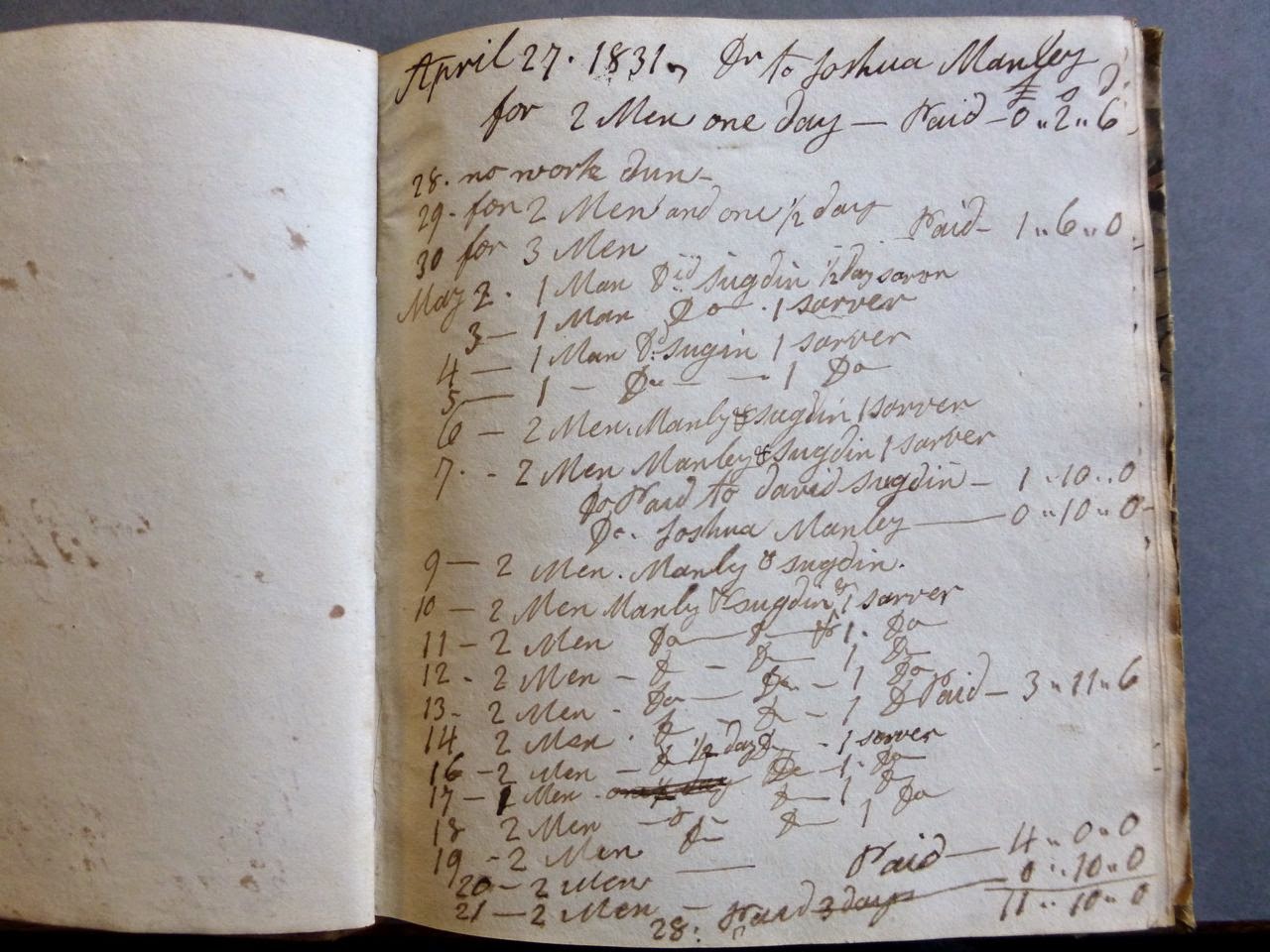 The rest of the volume was used as a day book and commonplace book by George Hartley and is devoted to issues such as the arrival in 1833 of “four inspectors required by the Act to regulate the labour of children in mills”, with their names appended ; a copy of a will dated August 1807 relating to the Manor of Colne ; financial land dealings ; wage accounts and recipes, including one for “Domestic yeast to make bread, cake etc”. 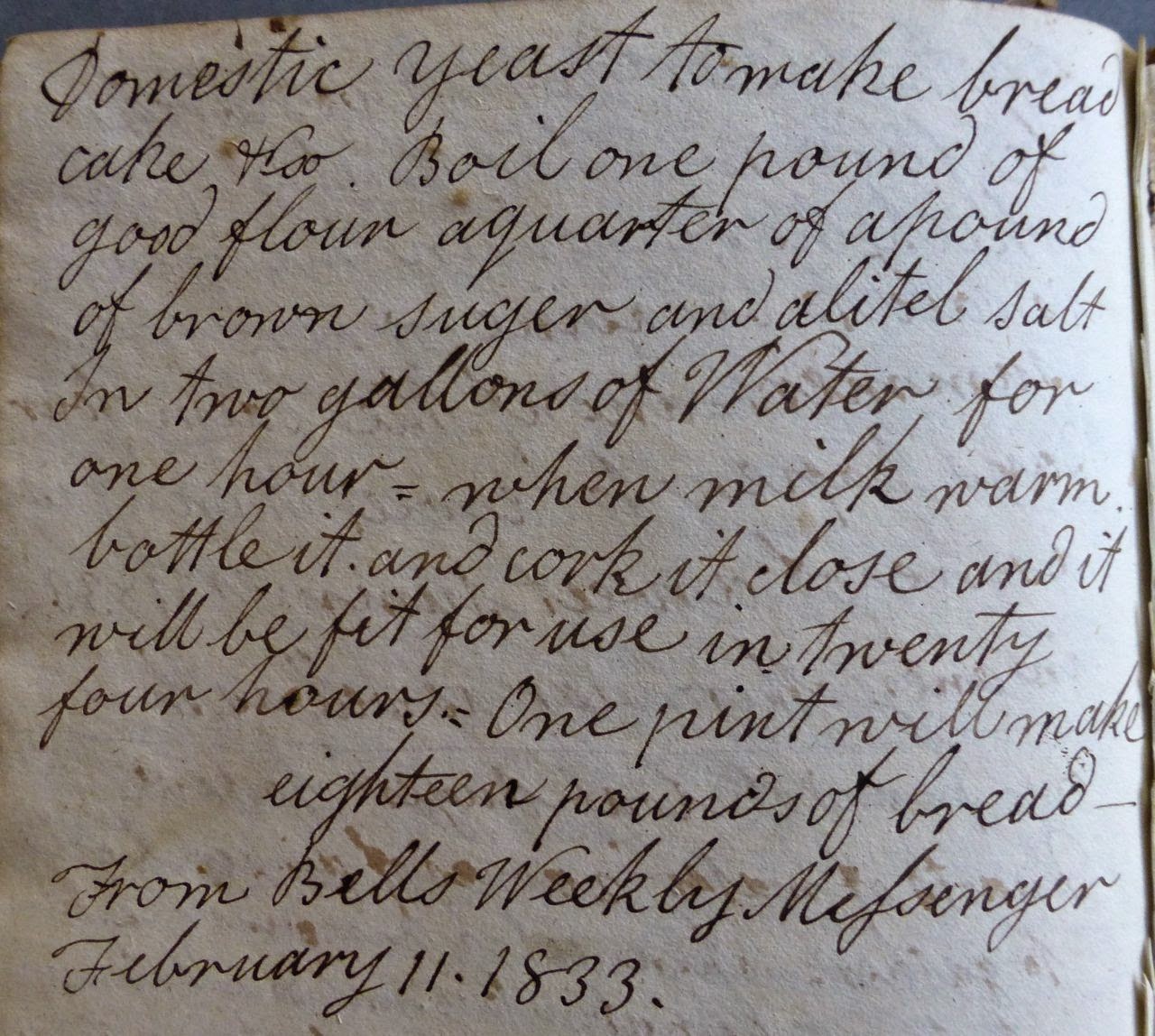