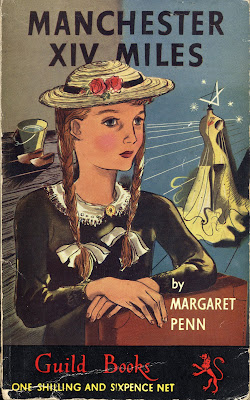 Margaret Penn’s classic title Manchester Fourteen Miles was published in this Guild Books edition in 1950. The cover illustration beautifully reflects the popular style of graphic art of the early 1950s, with its modernist, almost constructivist representation of a glamorous gown on the right of the picture. The semi-autobiographical novel tells the story of a young girl growing up in the countryside surrounding Manchester in the early part of the twentieth century.