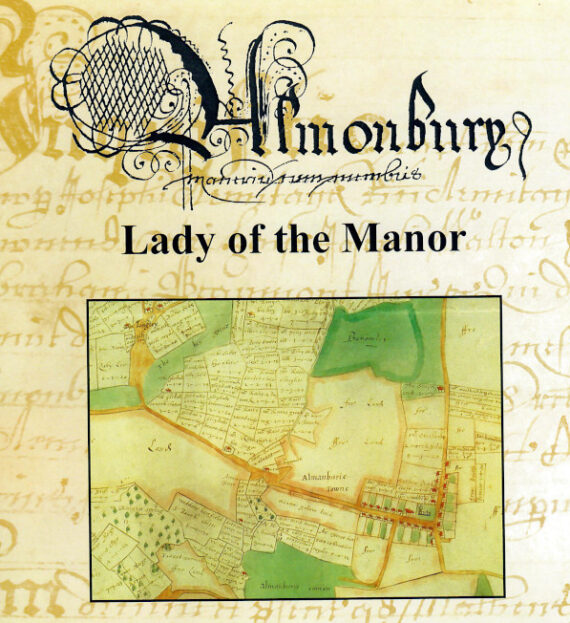 We are delighted to announce that the Library has acquired copies of a valuable contribution to local scholarship by Peter Hurst. Peter’s work edits and translates material from Latin to English, beginning with the seventeenth-century Almondbury Manor Court Rolls from the ancient West Riding village. After transcribing the Latin court rolls for Saddleworth, Peter began working on documents for Huddersfield, Meltham, Honley, Slaithwaite, and South Crosland. Peter’s research began when he consulted the Almondbury Rolls whilst investigating his family history.

Where Was Somtyme A Castell: Ancient Records of Almondbury 1086-1638 takes the story back to the Domesday book and uses a wide range of sources outside the Manor Court rolls to create a broader narrative. The book is 450 pages and includes 57 documents covering the period 1086-1638. These documents include; Lay Subsidies, Taxes, the 1379 Poll Tax, Contrariants from 1322, plus many Surveys and Rentals. About 1,800 individuals are recorded and about 700 places. The book is in three parts and contains numerous copies of original documents complete with translations.

Primary source material has been used for all 6 books, mainly from the extensive Ramsden collection held by West Yorkshire Archives Kirklees, supplemented by original records from The National Archives, Yorkshire Archaeological Society, and West Yorkshire Archives Leeds. All books include extensive introductions, reviews, statistical analyses, personal, place, and subject indexes, and numerous illustrations, including an early 17th-century manorial tenant map. Records in Latin and one in Anglo-Norman have been translated. Many thousands of individuals are cited, often many times, as well as numerous place names, providing interest for family historians, and surname and place-name etymologies. This work is a very valuable resource for local historians and those tracing their ancestry, as these court records include names of the elected constables and assistants in the areas, as well as those guilty of various offences. 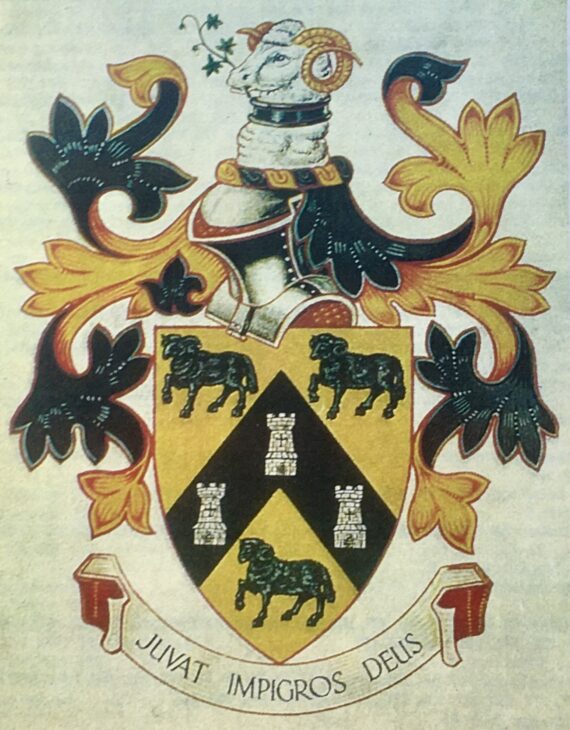 An ancient network existed between the manor of Almondbury and the 6 townships of Huddersfield, Honley, Meltham, Saddleworth/Quick, Slaithwaite and South Crosland, each of which had their own manors, but was required for their courts’ jurisdictions formally to elect constables and other officers at the Michaelmas courts. Beginning in medieval times the courts of England divided the legal year into four terms: Hilary, Easter, Trinity and Michaelmas, This meant the towns had to present those in dereliction of manorial customs and township bye-laws at both the Easter and Michaelmas courts. This is why records for these townships are included during the periods covered, although simmering dissent and resistance by some townships is revealed. Court procedures were recorded on large parchment membranes, tied at the head, and rolled up so that, nearly four hundred years later, they are like coiled springs. Part 1 consists of 25 membranes; Part 2, 21 membranes; Part 3, 26 membranes. Membrane condition is variable: the best being thin and almost translucent with a clear calligraphic hand; the worst like thin cardboard, stiff and grey, with variable script, sometimes difficult to read due to serious wear and missing parts.

Peter was able to extensively research his own family history using the historic documents: ‘My great-Aunt, who lived to be 104, told me of an ancestor named Theophilus Beaumont (fondly known as Uncle Ophie) who married into the extended family. All she knew was that he went to America. Further research established that he left in 1862 during the American Civil War, where eventually he was discovered living in Nebraska. Following this, research for some newly found Nebraskan ‘cousins’ led from the discovery of records of two Saddleworth marriages of Joshua Beaumont, the first person with this name in Saddleworth, to extensive searching at West Yorkshire Archives Kirklees, where after some significant diversion searching likely records without success, entries for him were found in the Almondbury manor court rolls.

‘Amazingly, and unexpectedly, numerous entries for Saddleworth were found, and these were extracted, until eventually it seemed one full membrane might be translated. After that, another and another was translated, until the entire Part 1 was completed. After much work editing, checking, correcting, indexing, and so on it was decided to publish the results since it was clear these records were unknown to Saddleworth local historians, or if known had been ignored. The rest is history. Other publications followed over a period of years, working generally during the winter months. Subsequent research provided convincing evidence that Theophilus was a direct ancestor of Joshua, from whom large numbers of Beaumonts living in Saddleworth and environs are descended. As an aside, other relatives of Theophilus, including his father and an uncle left for America, one a leading chartist fleeing before being arrested. Sons of his became rich and famous engineers in Peru and Chile, where one can find descendants with Spanish forenames and Beaumont surnames, such as Santiago Beaumont et. al.’

Peter’s efforts mean that those wishing to undertake similar research will have an easier time deciphering names and locations. To buy your own copy of his work please contact Peter directly at phurst9north@yahoo.co.uk.