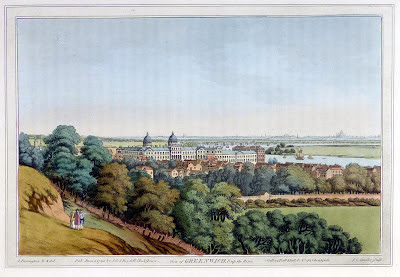 We hope you all enjoyed yesterday’s post about the glass lantern slide collection of views of London. Today we’re showcasing some beautiful prints of the city from a recent donation, John and Josiah Boydell’s History of the River Thames, published between 1794 and 1796 – around a hundred years earlier than yesterday’s views.

The lavish two-volume work is part of a selection of books from the estate of the late Paul Minet, an antiquarian bookseller, governor of Chetham’s and great friend of the Library until his sad death earlier this year. 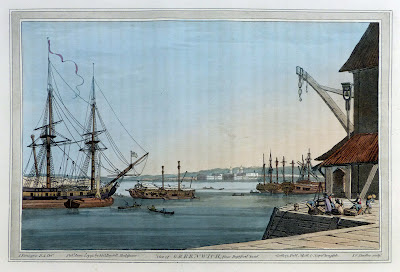 The work charts the course of the river from its source at Thames Head near Cirencester in Gloucestershire, via Oxford, Henley, Reading, and the centre of London, to the estuary near Southend.

The text was written by William Combe, author of the famous Dr Syntax stories, but the book is chiefly valued for the illustrations, 76 coloured aquatints by J.C. Stadler after drawings by Joseph Farrington, a topographical painter and member of the Royal Academy. The project was part of a five-volume work that was intended to encompass the Rivers Severn, Forth, and Clyde but the idea was abandoned on the completion of the History of the Thames. 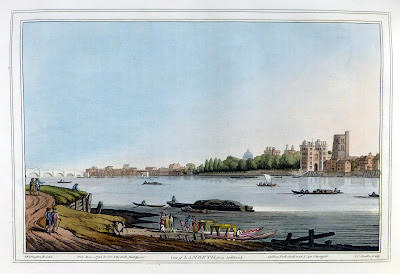 The work is highly collectable and many copies of individual prints are always available for sale. It remains a minor masterpiece, which popularised the use of aquatint for topographical plate books.