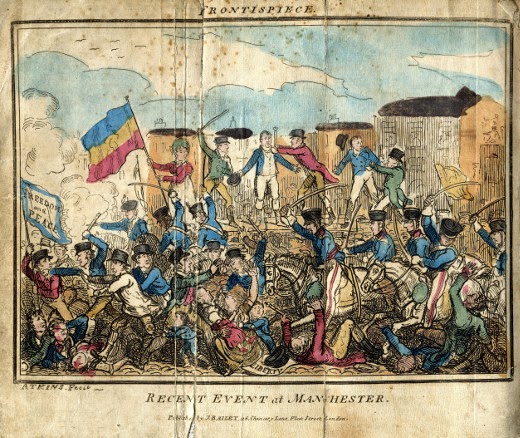 This eight-week course will be an introduction to the history of radical political ideas and movements in Manchester. This area was at the centre of the social, economic and industrial upheavals of the Industrial Revolution. This gave birth to a number of radical working class movements which will be explored during the course. There will also be an opportunity to look at archive items at Chetham’s connected with these movements.
The course will be taught by Michael Herbert MA, who has been researching and writing about the history of radical movements in Manchester for many years. His most recent book is ‘Up Then Brave Women’: Manchester’s Radical Women 1819-1918. He is a Trustee of the Working Class Movement Library and has taught adult education courses in history at Aquinas College, Stockport
The course will begin on 1 October 2014, 10.30am – 12.30pm.
The cost of the course is £40 per person, payable in advance.
Places can be booked on the course by contacting Michael Herbert at redflagwalks@gmail.com or on 01457 838885.