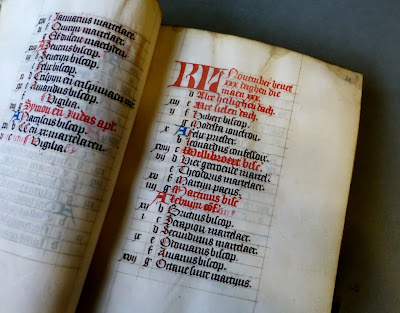 Here’s a calendar for the new month from a Dutch Book of Hours, which isn’t the most sparkling manuscript in the collection, but is an attractive work nonetheless, with some striking pen work borders.
Written in the Netherlands in the second half of the fifteenth century, the Hours of the BVM of the use of Utrecht are in the translation of Geert Grote. A note on folio 157v reads: ‘Desen bock hoort Toe eff Ians dochter van Amsterdam’. 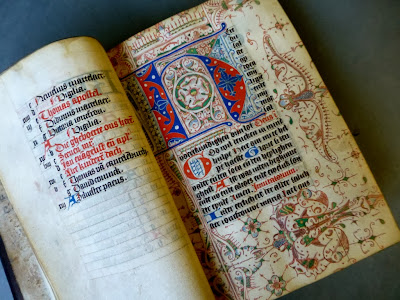 It is bound in a sixteenth-century binding of wooden boards with heads in medallions and a crested roll with the remains of two clasps and was bought by the Library at a sale at Sotheby’s on 8 February 1870. 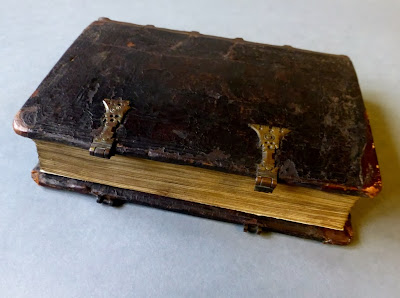