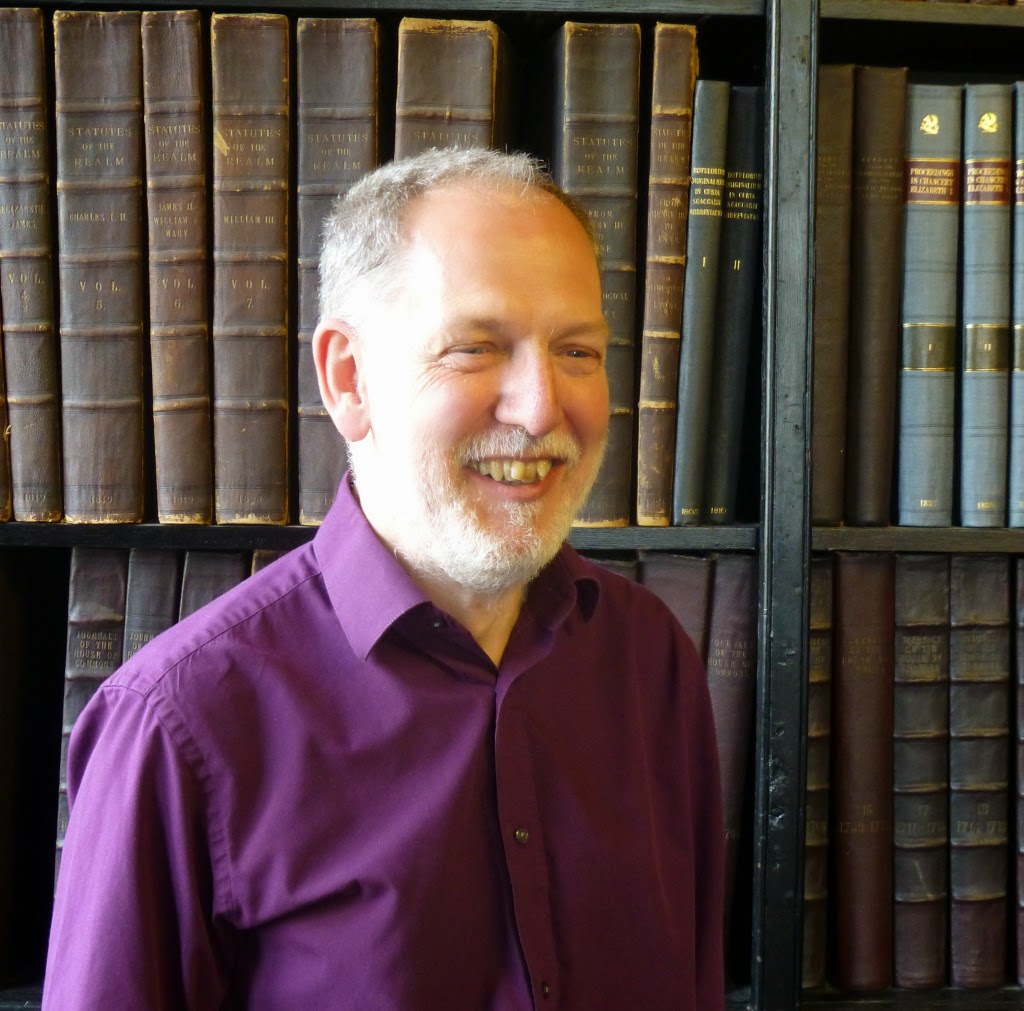 Here is the second in our occasional series of blog posts written by those who volunteer and do work experience at the Library. Today, it’s the turn of Paul Carpenter, who has been working with us on a Wednesday over the last year. Paul writes:

“I remember very clearly the first time I visited Chetham’s Library. As I walked through the gateway I was astonished by the beauty of the medieval buildings. It seemed extraordinary to me that these wonderful buildings, relics of a much older, pre-industrial Manchester, could have survived only a stone’s throw from Victoria Station. While the Manchester rush hour continued apace outside the walls I entered the Library and was captivated by its calm, its beauty. It seemed to me to be the embodiment of endurance, of continuity and scholarship. On my first visit I was privileged to see and hold some of the Library’s treasures. The thrill of holding a first edition of Paradise Lost is a memory I will always cherish.

Over the course of my life I have had many jobs. I have picked fruit, smelted steel, worked on assembly lines and in hospitals. For the last thirty years of my life I worked in social work and
criminal justice. I ended my career as a senior manager in the prison service working at Strangeways and other High Security prisons throughout the country. One institution I have never worked in, until now, was a library. However, libraries have played a central part in my life. I left school at the age of fifteen without any qualifications. As a young adult I felt the lack of an education keenly and determined to educate myself, I spent many hours in the Central Library in Cardiff, my home town. There began a love affair with books and history which has continued to this day. It is no exaggeration to say that access to public libraries transformed my life. So when I took early retirement in 2012 and was looking for some productive activities it seemed appropriate that I should repay the debt I owe to this country’s public libraries. I remembered the wonderful visit to Chetham’s and asked Michael, the Librarian, if he could use my services as a volunteer.

My timing could not have been better.When I approached Michael in 2013 the Library had just acquired a remarkable set of diaries by an equally remarkable man. John Reed kept a diary from 1939, when he was ten years old, until just before his death at the end of 2012. These diaries covered over a hundred volumes and millions of words. They documented the life of a gifted and unusual man. He was a working class boy from London who won scholarships to public schools and Oxford. He studied with Tolkein and C. S. Lewis. He went to Rhodesia when it was a British colony and at considerable personal risk threw himself wholeheartedly into the struggle for African Independence. He went on to play a major role in establishing university education in newly independent Zambia.

My first job as a volunteer was to help the Library staff make some sense of the vast amount of material they had acquired. In the course of this I read some fascinating entries on a schoolboy’s experience of the Second World War, life in the RAF as a national serviceman, and some vivid insights into student life in 1950s Oxford. He has some wonderful descriptions of C. S. Lewis. However the most important aspect of the diaries are the insight they provide into the politics of African Nationalism in the 1960s when John Reed was rubbing shoulders with young men such as Robert Mugabe and other African leaders. As such the diaries are a fantastic resource for historians of this period. One of the highlights of my time as a volunteer was the opportunity to accompany Michael to Oxford to meet Emeritus Professor of History Terence Ranger, an old friend and colleague of John Reed, who has used the diaries extensively in his own research.

Since working on the Reed diaries I have worked on a diverse and fascinating range of Library materials, including books, photographs, letters, pamphlets, prints and ballads. I have sorted, listed, sifted, shifted and photographed them. Through these items I have been able to move through time from the twenty-first century to the sixteenth. Highlights for me have been reading a traveller’s guide to Europe and the Middle East written by an Elizabethan merchant, and sorting through an extensive collection of Hogarth prints. Later material I have particularly enjoyed working with from the nineteenth and twentieth centuries has included the documentary photographs of the construction of the Manchester Ship Canal, produced for the original share holders and a wonderful series of photos of China and Japan taken at the turn of the twentieth century.

Being able to work at Chetham’s is both a pleasure and a privilege. From the first day I have been made welcome by the staff and encouraged to feel I have a role to play in the Library’s ongoing story. One of the great joys for me is sharing the staff’s knowledge of the collections. When I make a comment on some subject and Michael says ‘have you seen our book on…’ I know he is about to produce some rare and remarkable treasure, such as an atlas of Elizabethan county maps or some delicate and exquisite watercolours of volcanoes from the eighteenth century. I look forward to more days like those.”