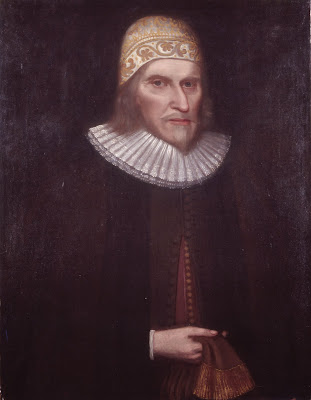 Our founder Humphrey Chetham died on this day 360 years ago. Chetham wrote at least nine different wills during the last years of his life, each varying slightly from the last as he refined his philanthropic vision. Although education remains a strong theme throughout, the foundation of a library does not appear until Chetham’s final will, replacing his initial ideas for almshouses for the elderly.

For more about Humphrey Chetham, visit the History page on our website.