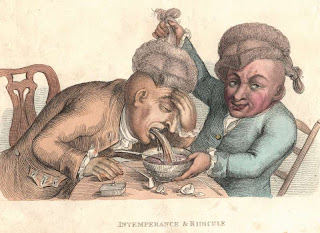 The Tate Gallery’s current exhibition on British comic art, Rude Britannia, has prompted Library staff to look out some of their own favourite rude images. Chetham’s Library holds works by many of the artists featured in the Tate exhibition, several of them quite possibly even ruder than those on show in London. 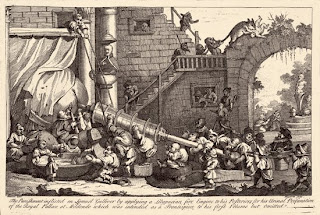 The exhibition looks at British comic art from the seventeenth century to the present day in the forms of allegory, caricature, social satire, political lampoon and the grotesque, and we present here a selection of examples of the genre from the eighteenth and early nineteenth centuries from the Chetham’s collection. 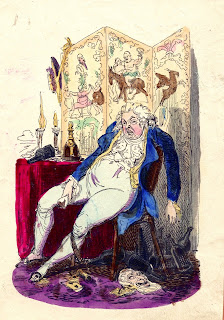 Intemperance and Ridicule from Human Passions Delineated (1773) by the Lancashire dialect poet John Collier under the pseudonym of Tim Bobbin.

William Hogarth (1697-1764): The Punishment Inflicted on Lemuel Gulliver, etching and engraving on paper, 1726