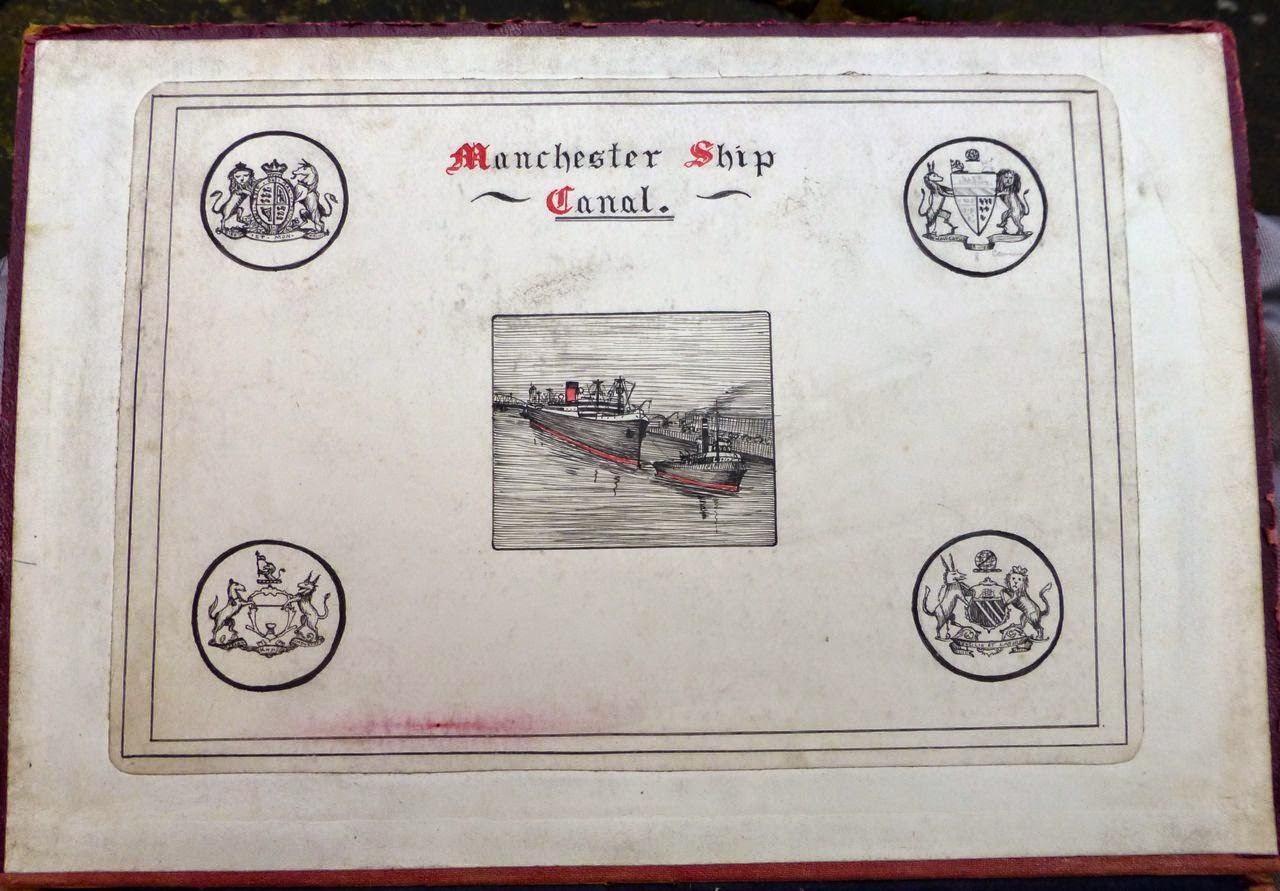 These fantastic ink sketches come from a recently purchased volume which celebrates the Manchester Ship Canal. The identity of the artist is unknown, but he or she created 13 meticulous drawings of the Canal, Barton aqueduct and various ships, including the Tabaristan and the Nero. 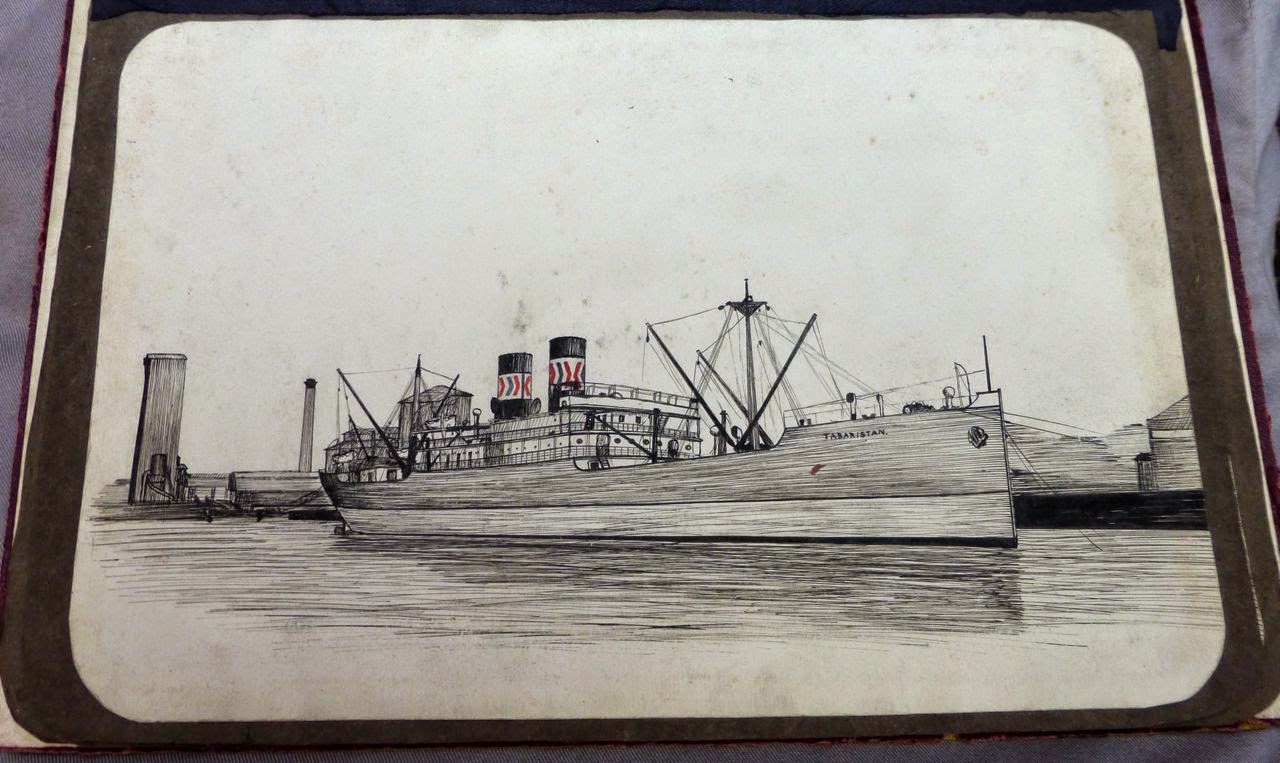 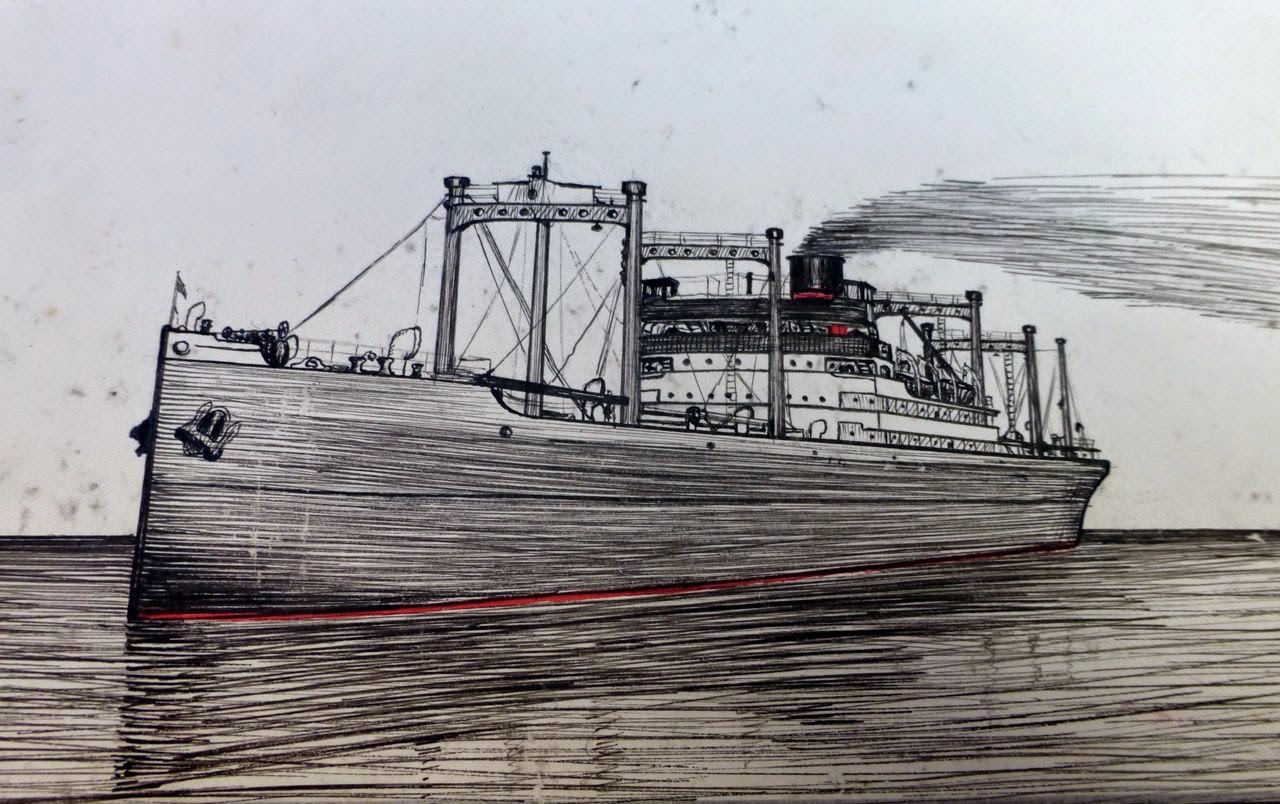 At the back of the volume there is a plan of the Ship Canal and a scale drawing detailing the dimensions of the docks, along with some facts and figures about the Port of Manchester, the Dock Estate, locks and oil tankage. Anyone interested in discovering more about the 36-mile-long inland waterway, which opened for traffic on 1 January 1894, will be fascinated to learn that the Canal was navigated regularly by “twin-screw vessels of 12,500 tons D[ead] W[eight]”. Regular lines sailed along the Canal to ports in numerous countries including Canada, the United States, Mexico, Australia, New Zealand, India, Greece, Syria and Russia. 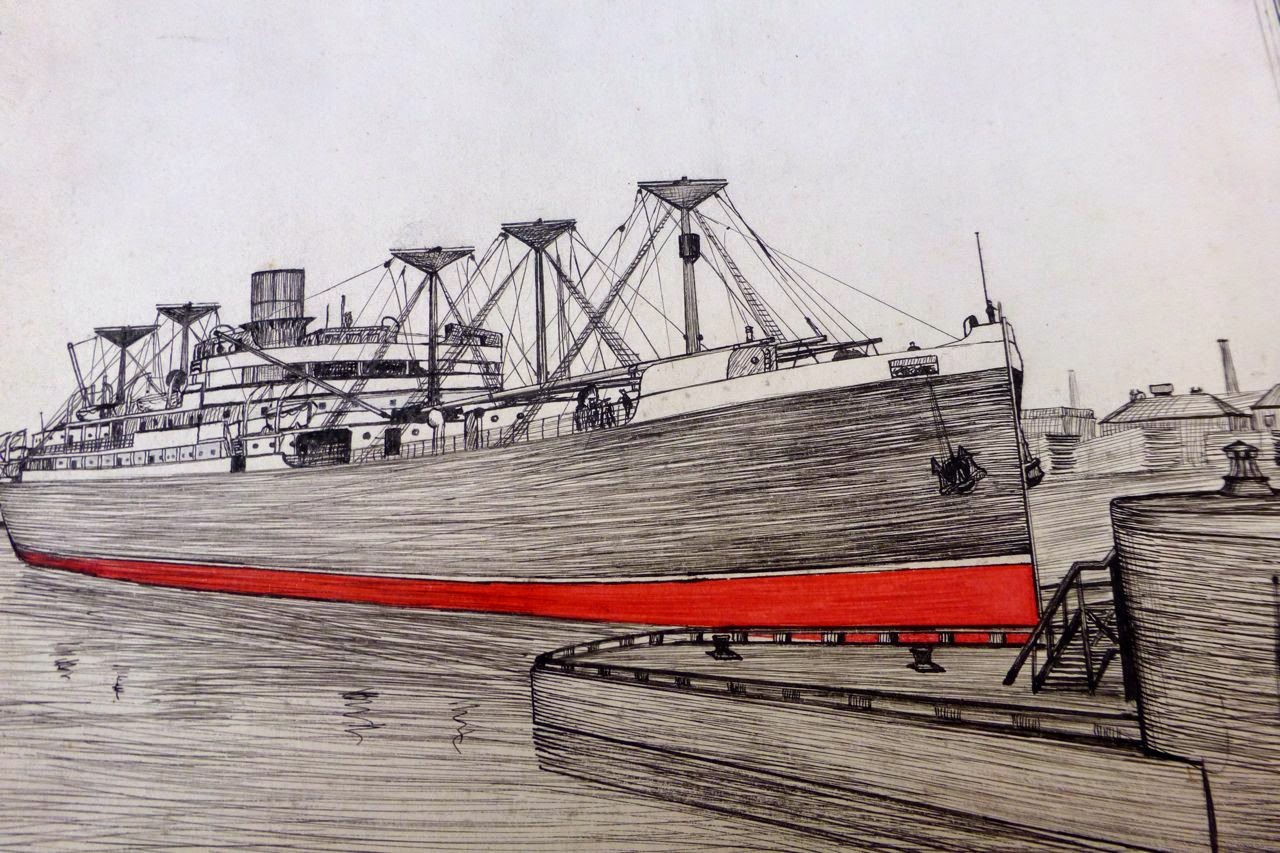 The manuscript appears to have been created some time shortly after 1905, the year “dock no. 9”, then the largest of the docks, opened for business. Its creator’s eye for detail can be seen in the information he or she provides as well as the illustrations. The “Particulars of Tankage Installation” are provided, along with notes about the Dock Estate’s two grain elevators (with a capacity of 40,000 tons each), the several portable elevators, and the “14 five floor transit sheds filled with most modern appliances”. 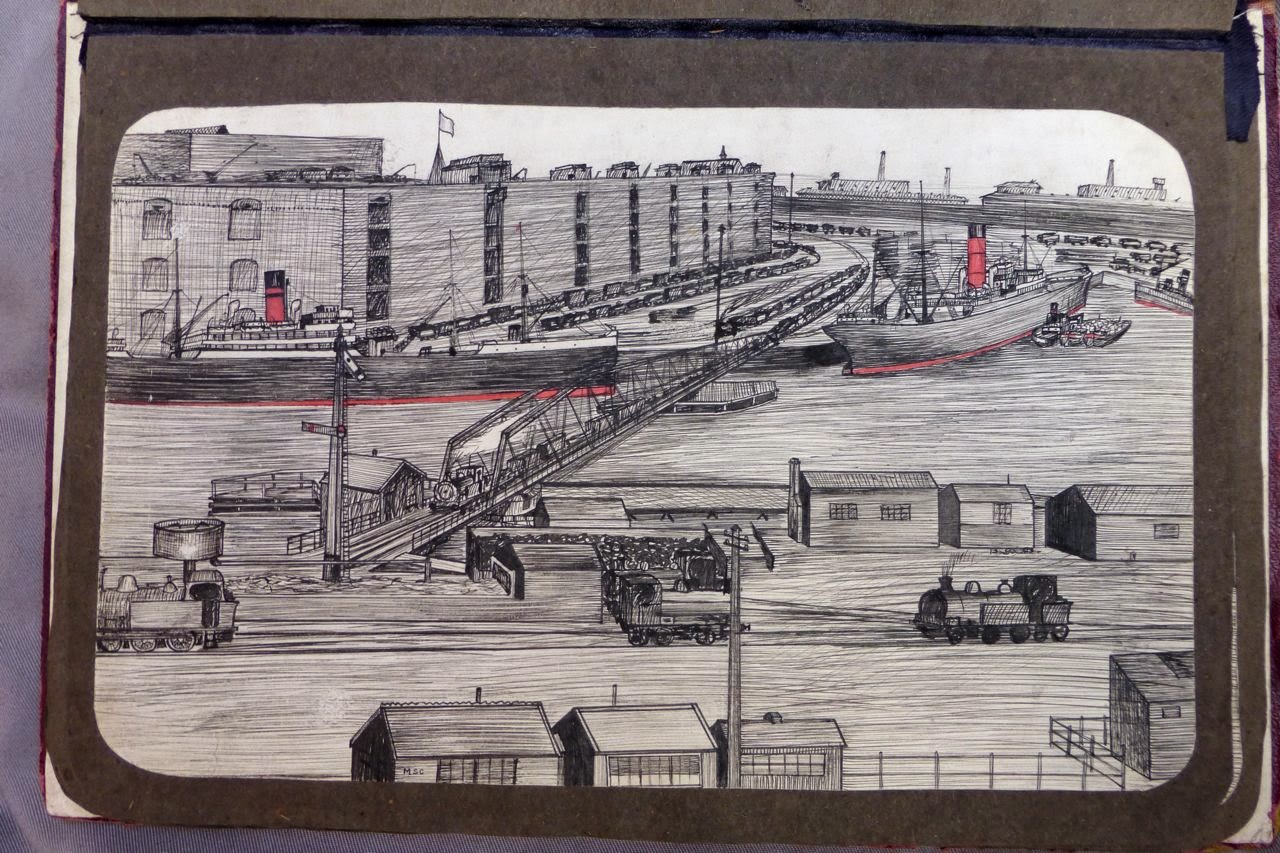