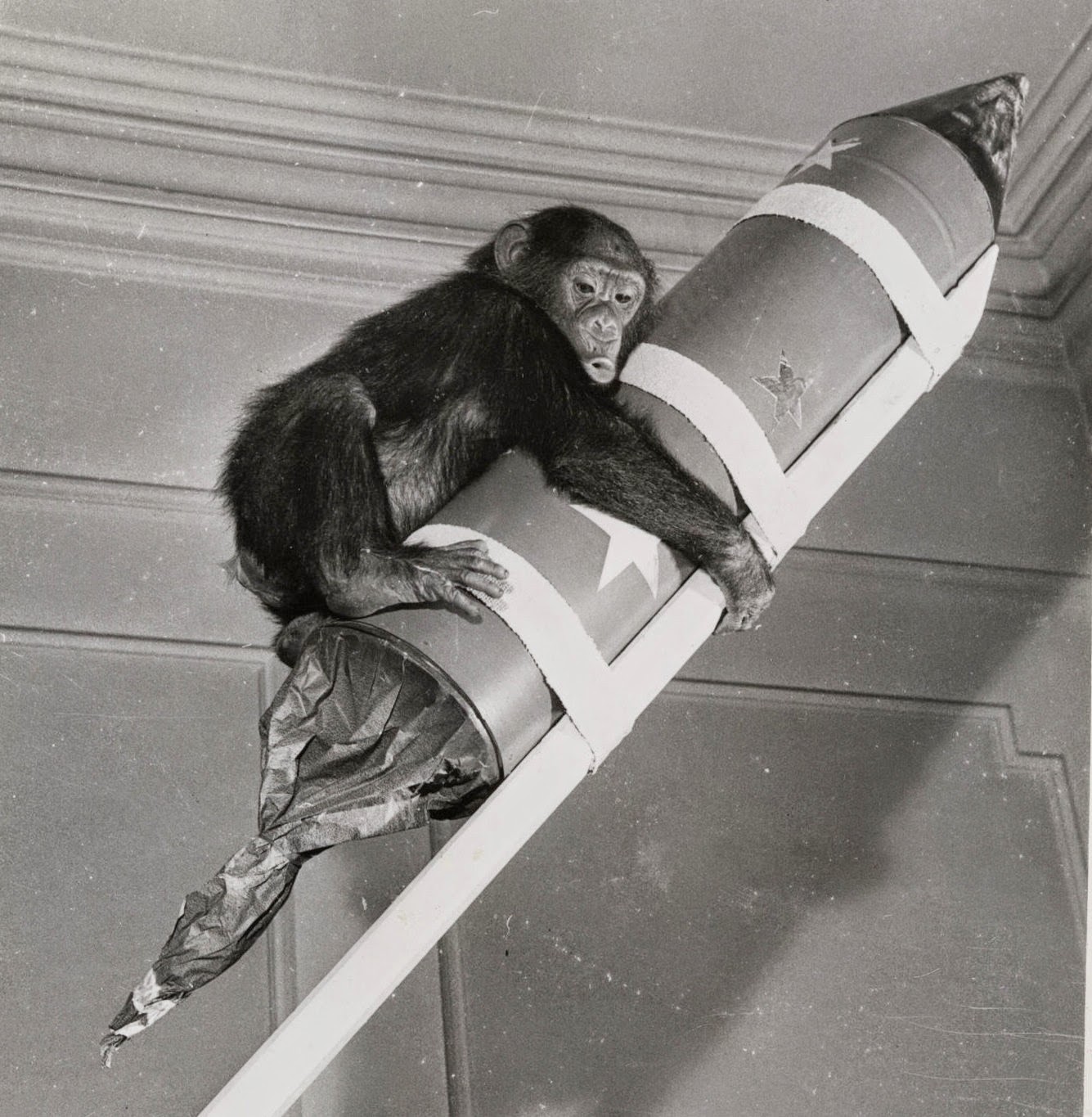 This wonderful photograph is from the Belle Vue collection of Brian Selby, which he is kindly allowing us to digitise as part of our current project funded by the Esmée Fairbairn Collections Fund.

Obviously a press image, the photograph, dated 2 November 1960, is captioned on the back, and reads:

‘Looking rather like a ‘space monkey’ climbing a rocket – is this rather curious Chimpanzee – from the Belle Vue Zoo, Manchester…. Actually he is just investigating an eight foot long firework rocket before it goes ‘whoosh’ – with thousands of other fireworks next Saturday – which is Guy Fawkes Day…’ 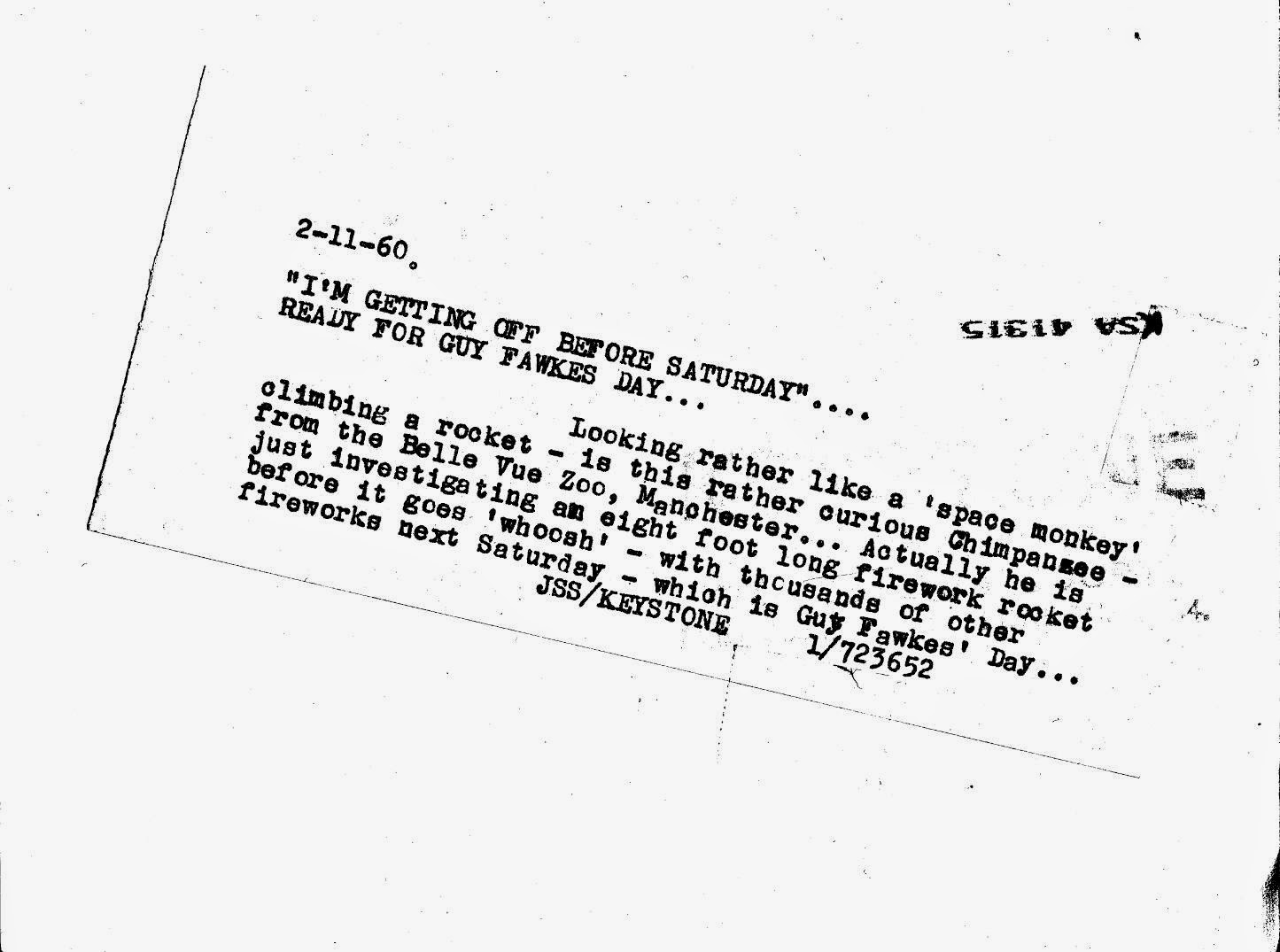