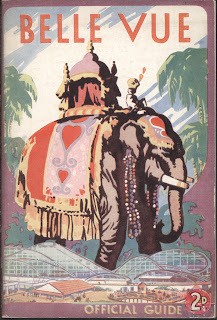 Whilst working on the Belle Vue collection this summer on a work placement I have come to understand the history and indeed the vast legacy of Belle Vue amusement park. During the cataloguing of the collection the inner workings of the park have become clear, and in particular the strange, at times disturbing, actions and perceptions of the zoological gardens.

By focusing primarily on the collections of Gerald Iles, the zoological superintendent of the park, I have become acquainted with the zoo animals who were considered celebrities in every sense of the word. Although it is hard to believe today, the newspapers of the time reveal that the animals of Belle Vue had A list status; appearing in movies, photo shoots and even a regular newspaper column. 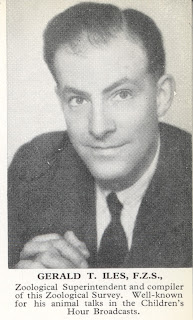 Every detail of their lives were revealed to the public and the media manipulated each zoo event into dramatic exhibits which complied with human social norms. Each animal’s birthday was celebrated with a party and cake, whilst the mate of each animal was deemed a ‘husband’ or ‘wife’. Thus the newspapers started to reveal a strange obsession with the link between animal and human behaviour.
When comparing the present day zoological approach with that of Belle Vue in the 1900s, it is alarming to see how desperate the media and the park was to anthropomorphise their animals. Their actions went beyond just giving animals ‘human’ names such as James and Charlotte. Belle Vue pushed their animals to exhibit human behaviour and subsequently animals performing human activities became an attraction for visitors. 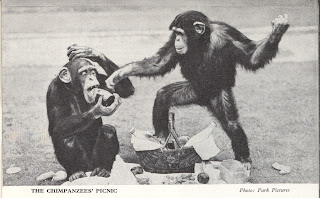 For instance there was an allotted time for people to watch a chimpanzee tea party in which they would sit at small wooden chairs all dressed up in children’s clothes and drink tea, bears were paraded around a stage riding bicycles, even monkeys were trained to smoke cigarettes. Many people nowadays would see this as cruel, bizarre and unnecessary.

Although it is clear in some cases this was for humorous motives, it does expose a curiosity and fascination towards animals’ potential for human characteristics. One example of this is Peter, the chimpanzee raised by a Northern housewife as her own private social experiment, a case closely followed by Belle Vue. The woman wanted to raise Peter like a child to see if he exhibited human behaviour. Yet this experiment did not mention what would happened if that was actually achieved or the effect on Peter. 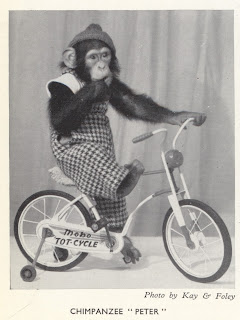 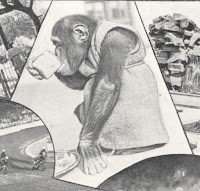 The evidence suggests that in former zoological history people seemed fascinated by animals’ potential for human characteristics. Comparing this with the modern zoological approach reveals how much the perception of animals has changed. The experimentation with anthropomorphising animals has faded into the background and we have become much more concerned with conservation and protection.