The Duke of Bridgewater’s Canal

We are lucky to have recently received on loan a book of accounts for the Bridgewater Canal compiled between 1760 and 1762. The first stretch of the canal, from Worsley to Manchester, was opened in 1761, so this manuscript was compiled early in the canal’s history. 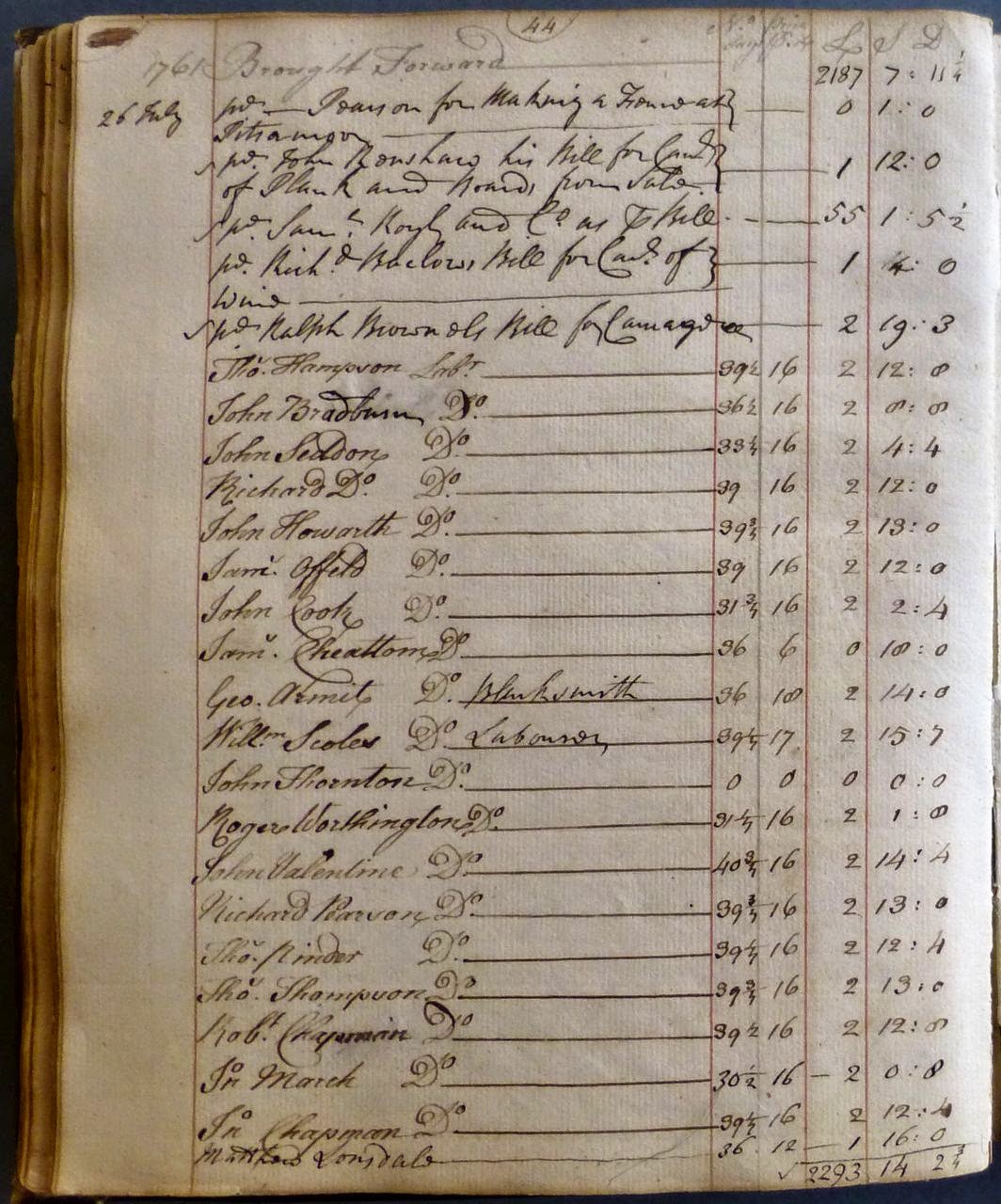 The canal was commissioned by Francis Egerton, 3rd Duke of Bridgewater (1736-1803), who sought a more efficient means of transporting the coal from his mines in Worsley to Manchester. The coal had previously been brought into the city by river and packhorse, but the duke wanted to reduce costs and improve efficiency. He produced a plan of the canal with his estate manager John Gilbert, and in 1759 obtained an Act of Parliament which enabled work to commence. Following advice from the engineer James Brindley the initial route of the canal was altered, and a second Act of Parliament was obtained in 1760 to supersede the first. The original stretch of the canal was later extended from Manchester to Runcorn, and then from Worsley to Leigh. 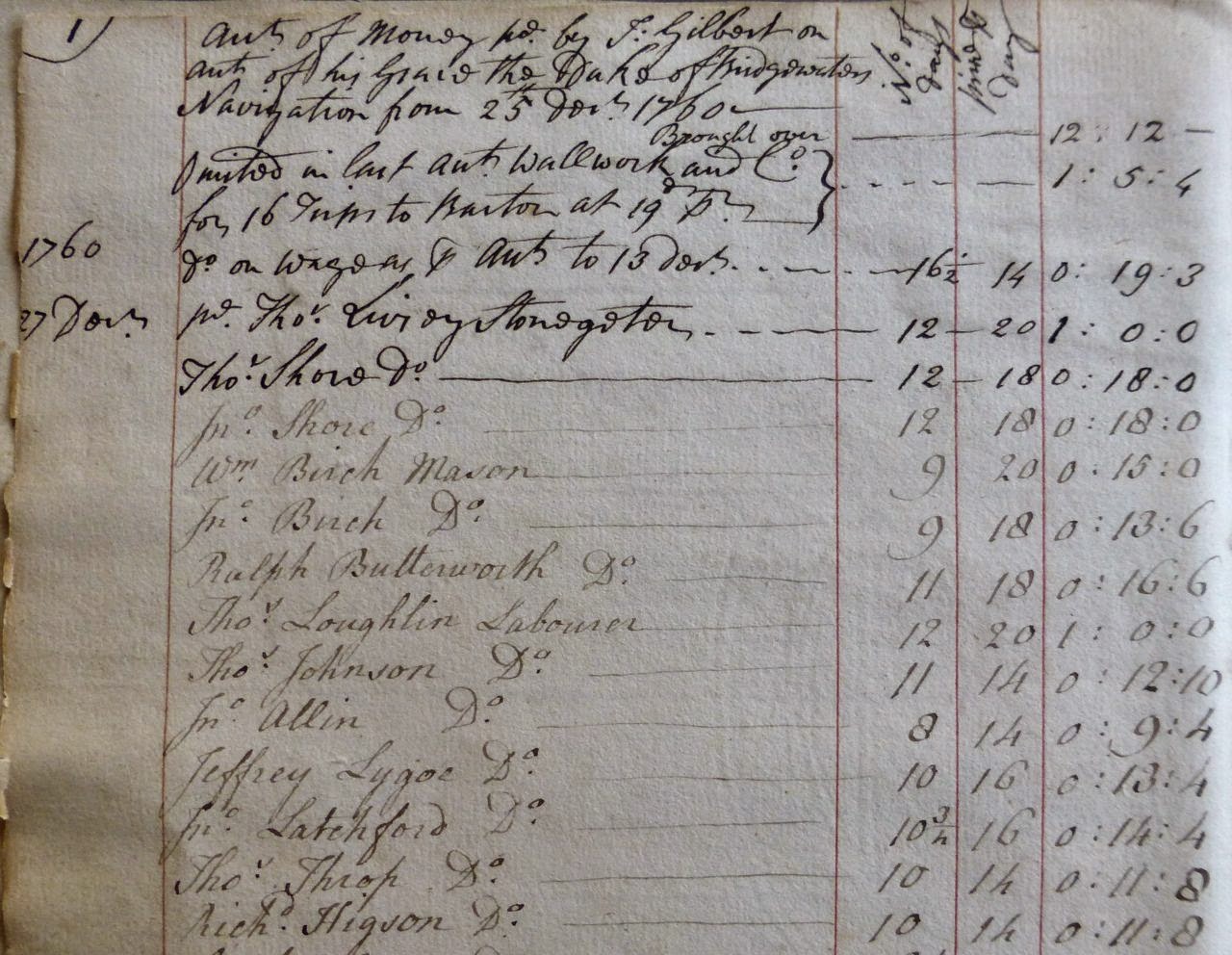 The opening page of the manuscript is headed ‘Account of things omitted being charged in his Grace the Duke of Bridgewater’s Navigation accounts 25 December 1760’. The first entry is an extra payment to Robert Watson ‘for 94 Roods of Cutting on Trafford Moss’. He was also paid for ‘back draining’ and ‘attending at Barton 16 Sundays’. 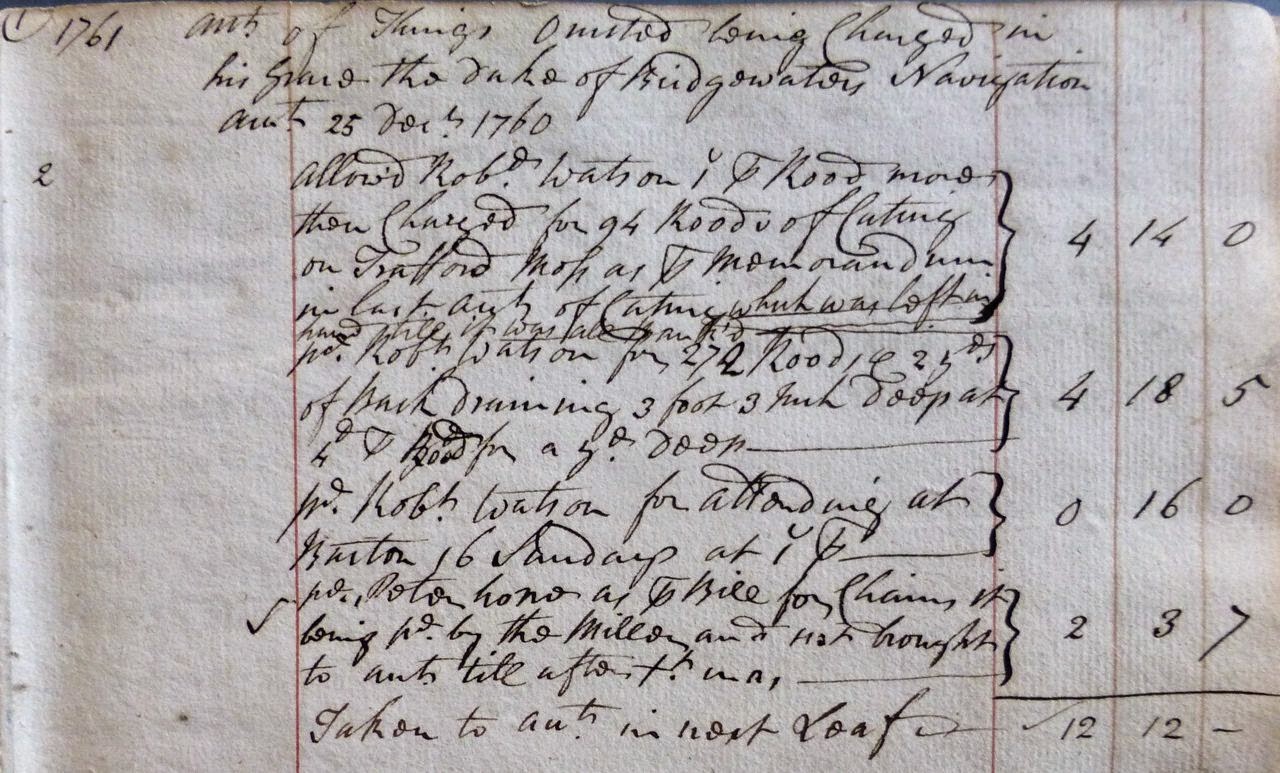 Anyone interested in researching the history of the Duke of Bridgewater’s canal should visit the library to consult our cuttings collection. Along with numerous newspaper cuttings and manuscript notes it contains the following series of postcards dating from the early twentieth century, showing the canal passing through Worsley and Monton. 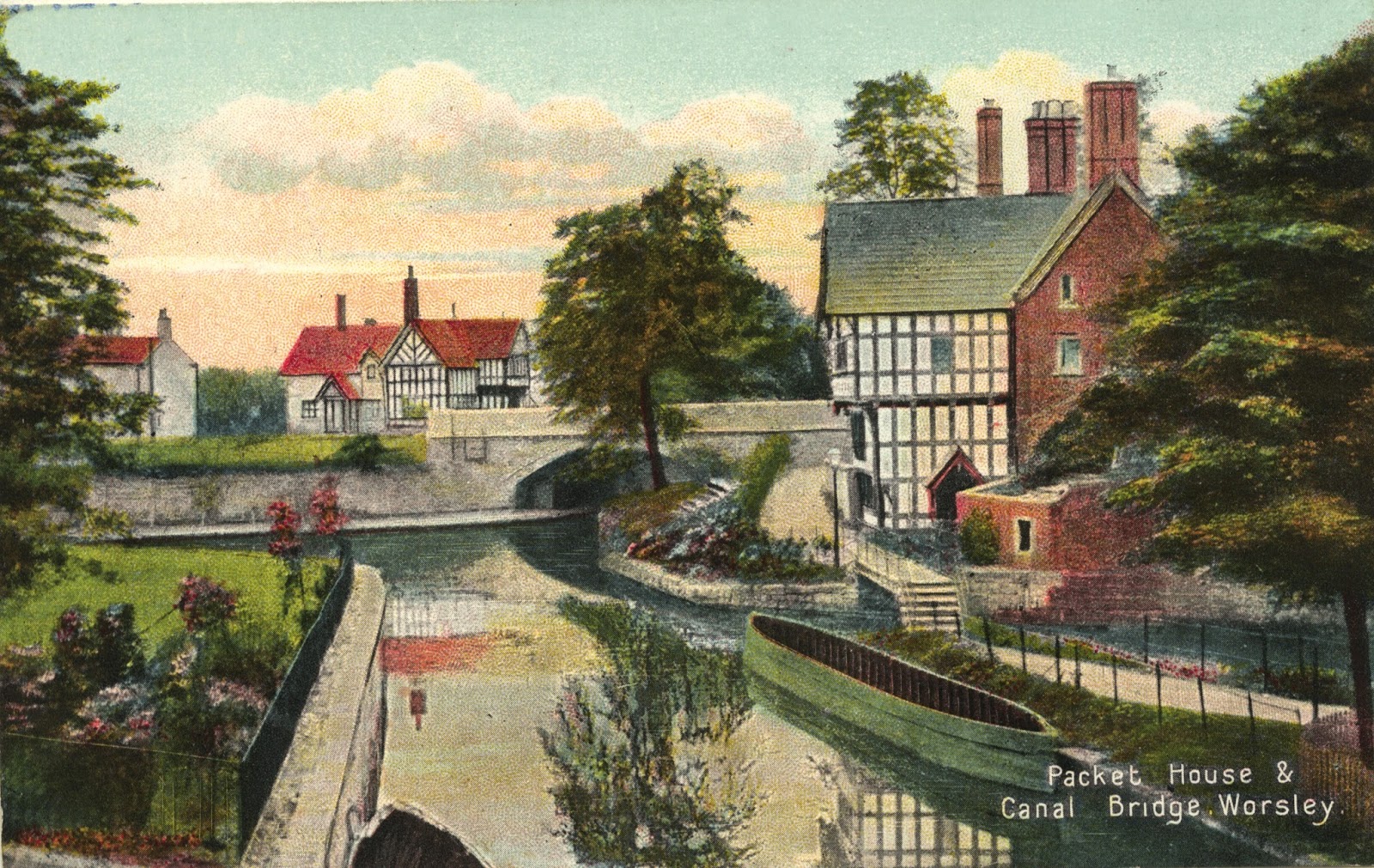 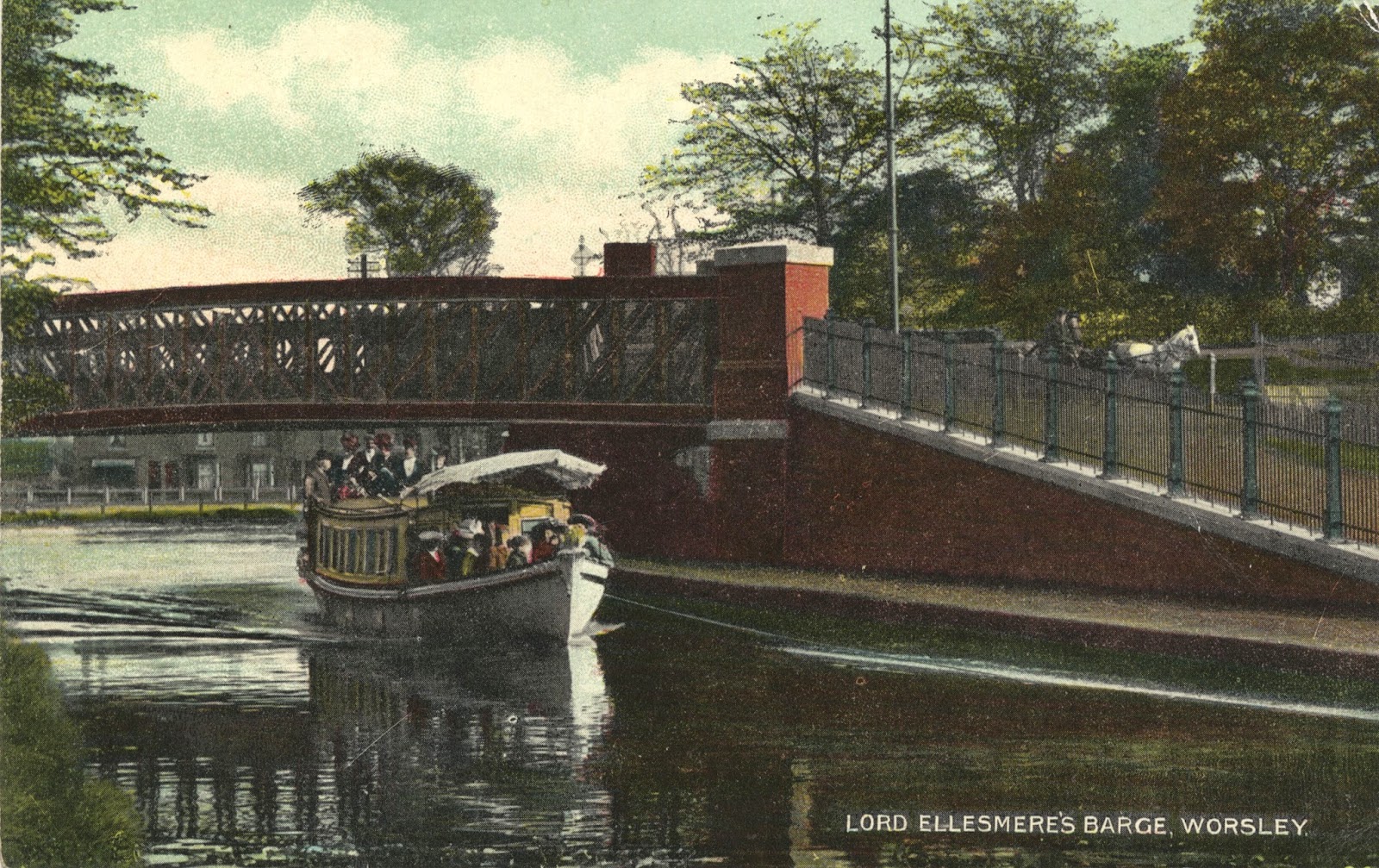 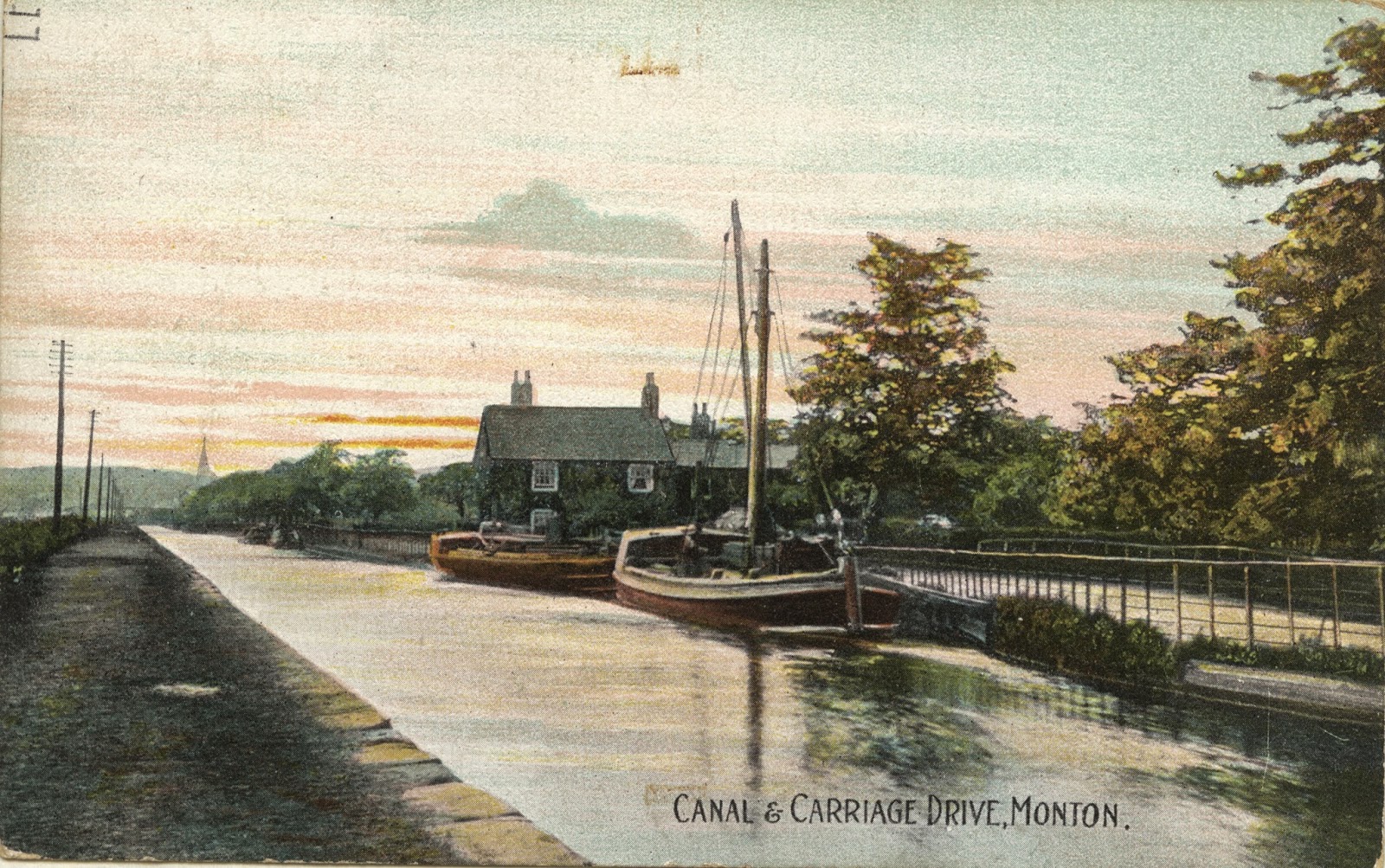